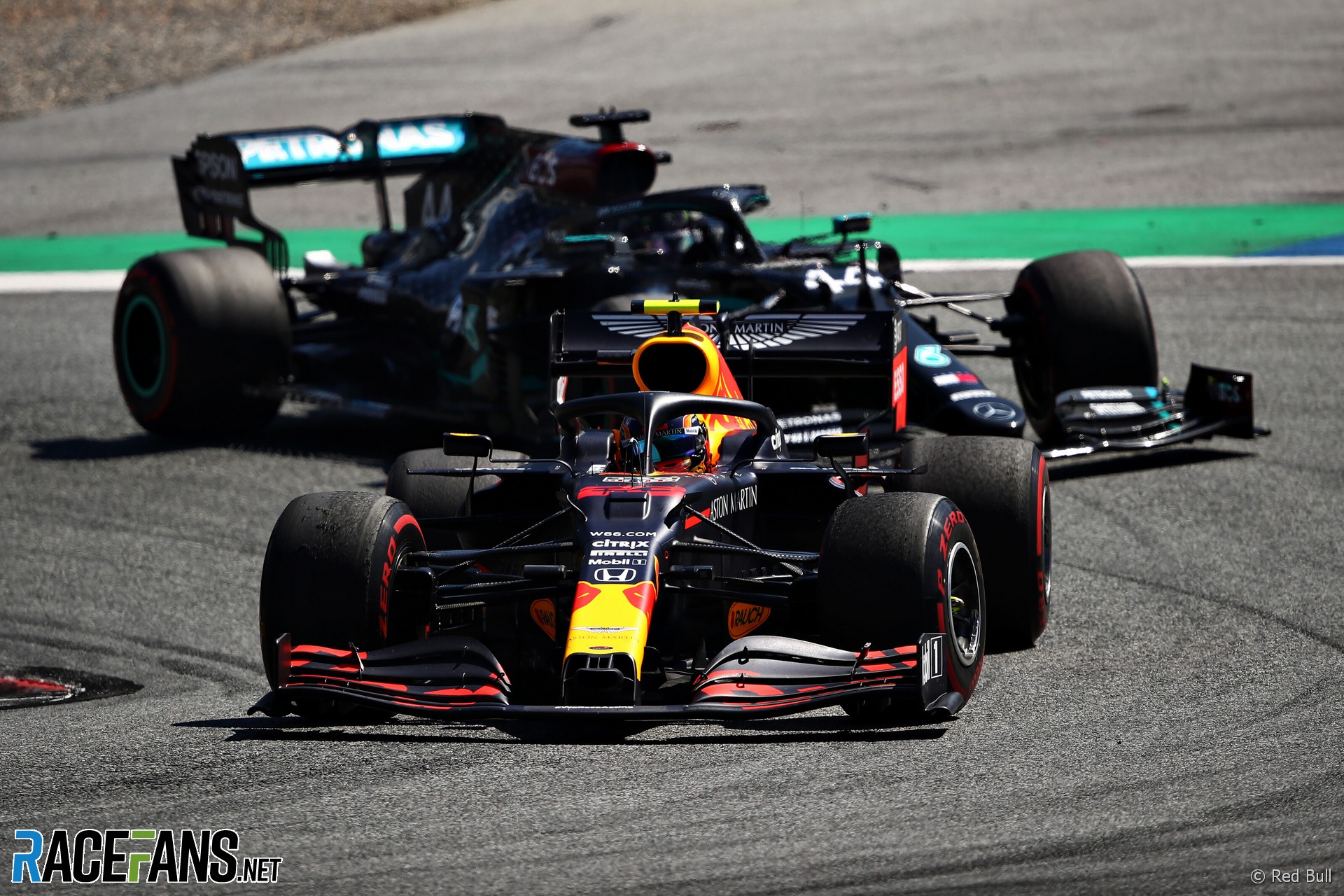 What Formula 1 needed on its return to action at the Red Bull Ring was a total focus on on-track action combined with lack of paddock drama. This was not entirely delivered, and was perhaps avoidable.

Red Bull and Mercedes fought each other as fiercely off the track as they did on it. The scoreline between their pair read 1-1 following disputes over the W11’s Dual Axis Steering system (DAS) and Lewis Hamilton’s qualifying lap.

The latter proved controversial as the stewards originally cleared Hamilton for failing to slow for yellow flags triggered by team mate Valtteri Bottas, who slithered off at turn four on his final qualifying run. For whatever reason, Hamilton’s in-car camera wasn’t operational at the time of the incident. But new evidence came to light overnight from F1’s 360-degree camera, which led to Hamilton being handed a three-grid penalty.

This came about after a review was requested by Red Bull on the basis of the new evidence. The right of review is permitted by article 14 of the International Sporting Code, which governs all FIA championships and series, and states that stewards may decide to “re-examine their decision following a petition for review” by “either one of the parties concerned and/or a party that is directly affected by the decision handed down”.

So far so good, and the matter was dealt with accordingly, as explained by F1 race director Michael Masi. But the question remains why it took a request from a rival team for an incorrect verdict to be overturned, and could the stewards have done so without prompting from Red Bull?

As Masi acknowledged, the FIA could have requested review. Article 14 further states that “the secretary-general for sport of the FIA” may request do so. There could, of course, be numerous reasons why the secretary-general did not or cannot make a specific request, However these 360-degree views have been on cars since 2018, and as the regular onboard camera view was missing, it should have occured to someone that this material could be located.

Inevitably, the conspiratorially-minded will question the FIA’s motives in not overturning the original verdict. In the FIA’s defence, the 360-degree footage is not immediately available as it needs to be stitched together. Nonetheless, perhaps the stewards could request F1 to expedite processing of footage needed for investigations and delay hearings if necessary material is not available.

Equally, teams who become aware of new evidence should in the first instance alert the FIA, and only file a request for review should the governing body’s Secretary-General fail to submit a request for whatever reason.

The DAS case was substantially more complex, for the operation of this sophisticated system needed to be analysed in both technical and sporting terms in order to ascertain whether it is in breach of any provisions of either regulations. After a six-and-a-half-hour investigation the stewards determined DAS, a device that has caused controversy since end-February, to be legal.

So far so good, but the overriding question is whether a team should have to wait until after the first day’s running of the first grand prix of the season before lodging protesting a device first seen during testing in February, when a number of teams questioned its legality. To be fair, though, much of the chatter was aimed at figuring out how the device worked.

Technical protests can only be lodged after a team has operated a car in an official session with a suspect device or whatever. The first race of a season therefore can tend to see a flurry of protests threatened or filed – inevitably prompting headlines of the ‘new season clouded by controversy’ variety.

Another protest aimed at Racing Point was widely predicted by many in the paddock given that Renault and others believe that the pink car looks like it is missing a ‘Mercedes Used Car Programme’ sticker. No such protest arose, but could well do so at the second round, to be held this weekend at the same venue.

Having twice attended FIA stewards’ seminars and being acquainted with a number of them, this writer can vouch for their diligence, commitment, professionalism and unbiased enthusiasm for the sport. There is no suggestion they have acted improperly, but the past weekend highlighted areas for improvement.

While the FIA constantly tightens its processes and the wording of its regulations, a case could well be made for mechanisms which permit exceptional protests to be lodged ahead of official running or scrutineering, possibly at time a suspected breach become known, thereby pre-empting weeks of innuendo and race weekend protests.

Such mechanisms would need to take into account devices such as aero rakes teams run during testing which obviously would not pass a race weekend technical inspection. This could be circumvented by the suspected team declaring whether its controversial device will be run during a competitive session.

A robust, well-regulated protest process forms a vital part of a democratic sport. But whatever processes are in place should not detract from F1’s aims to provide legitimate entertainment rather than legal sideshows, particularly at a time when F1 needs to go all out to fulfil those aims. If no more, F1 should consider the viability of a ‘pre-protest’ mechanism.