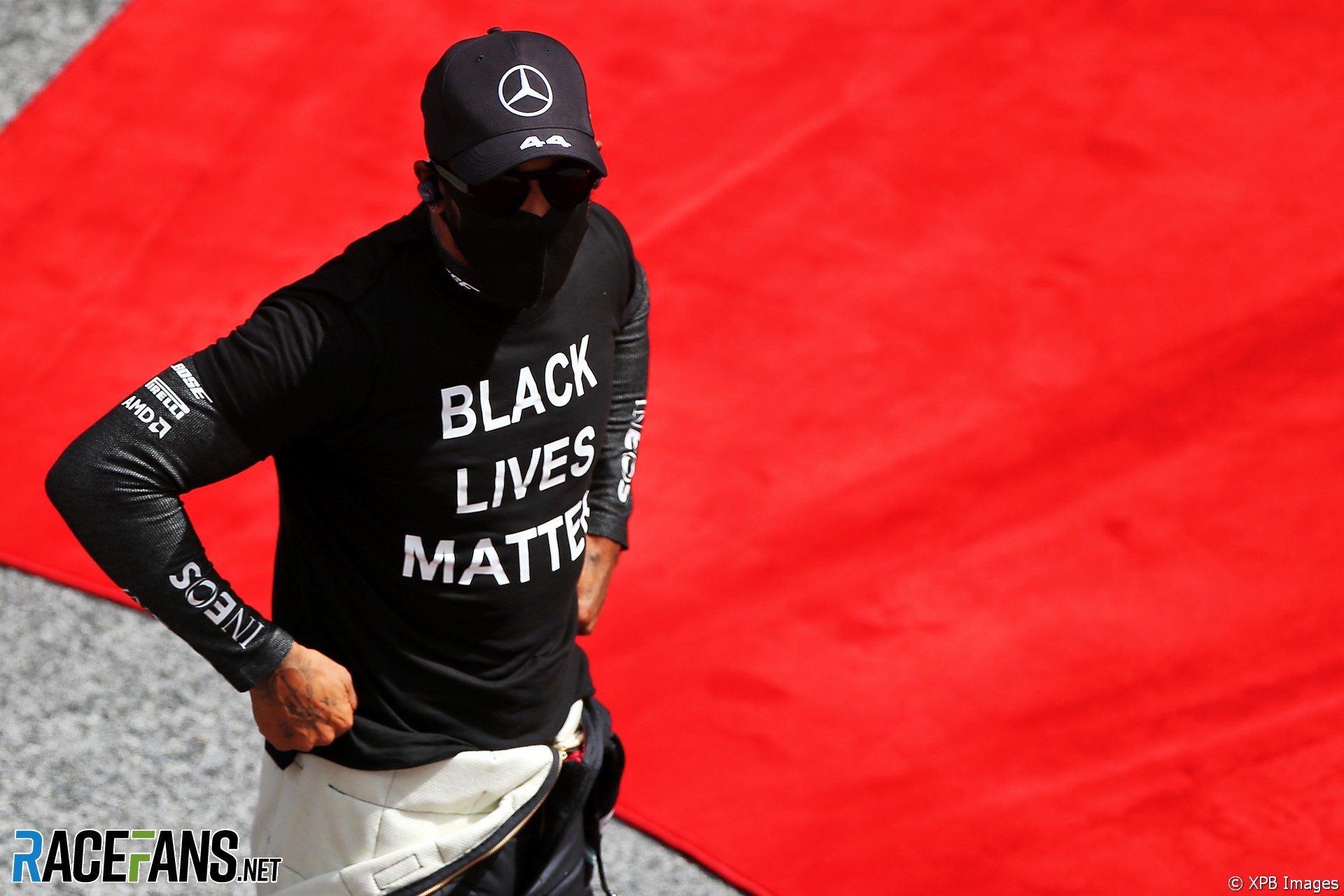 Lewis Hamilton has called on Ferrari and other Formula 1 teams to “hold themselves accountable” to improve diversity within their organisations.

The world champion has previously announced the creation of The Hamilton Commission to promote diversity within motor sport. Following widespread anti-racism protests resulting from the killing of George Floyd in May, Formula 1 launched its pro-diversity ‘#WeRaceAsOne’ initiative.

Hamilton’s Mercedes team has also announced a new programme to make its workforce more diverse and repainted its F1 cars in an all-black livery carrying the message ‘end racism’.

Formula 1 drivers participated in another show of support for anti-racism ahead of today’s Styrian Grand Prix, many of which ‘took a knee’. Speaking after his victory in the race, Hamilton explained how he has been working to promote diversity within the sport and why he believes there is more progress to be made.

“I think ultimately Formula 1, yes they’ve taken a step forward, but there’s absolutely more they can do,” he said.

“I asked, on a call we had on Zoom, I asked: Look, at the moment Formula 1 has come forward and said that they are supporting ‘end racism’ and it’s amazing to see Mercedes doing the same thing. But no other team has said a single thing.

“Whilst we’ve seen Red Bull’s mechanics take a knee, which I think is great. But publicly as businesses, and as teams, if you look at Ferrari who have thousands of people working with them, I’ve heard no word of Ferrari saying that they hold themselves accountable and this is what they’re going to do for their future.

“We need the teams to do that. And we need Formula 1 and the FIA to be more leading I think in those scenarios say ‘hey guys, all of us together, everyone needs to pull together and fight for this so we can improve’.

“I think a lot of people don’t know what the problem is. Some people deny there is a problem. And that’s ultimately why I put this commission together. Because everyone has their opinion but I really want to get to the bottom of it so when we’re putting money into towards something, we know it’s going to change it the root cause. That’s the goal.”