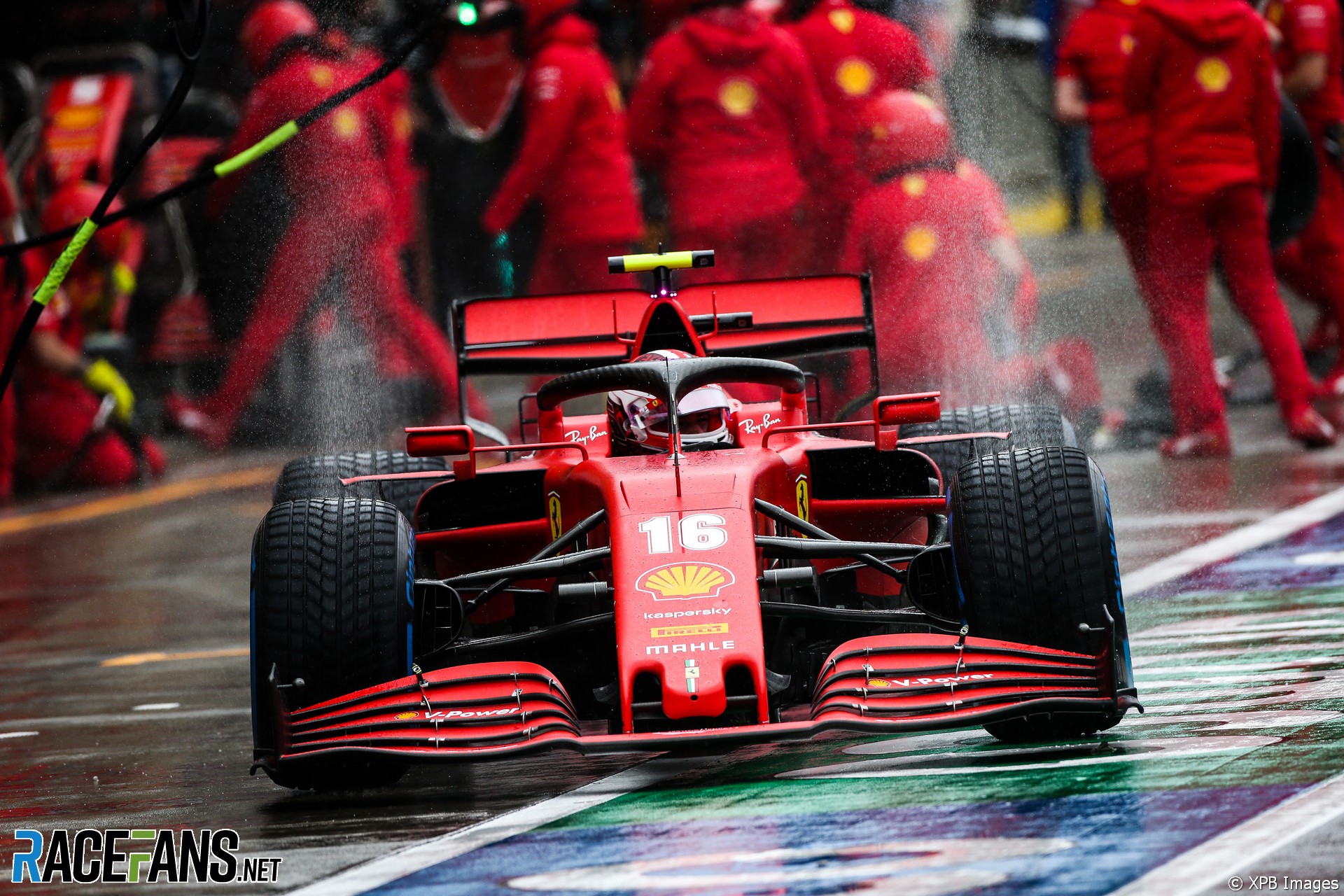 Charles Leclerc says he ran an “aggressive” dry weather set-up on his Ferrari yesterday to maximise his chances in today’s Austrian Grand Prix.

Heavy rain fell throughout Saturday at the Red Bull Ring, but dry weather is forecast for today’s Styrian Grand Prix.

Leclerc was eliminated during Q2 in Saturday’s qualifying session. He originally qualified 11th, but was relegated to 14th when he received a three-place grid penalty for impeding Daniil Kvyat during the session.

“It was a tricky one,” said Leclerc after qualifying yesterday. “But the result is that were just not quick enough today. I have tried to push but it was not enough.

“I went quite aggressive with the set-up, which I think had its benefits on the dry, but it might be that we went a bit too far for the wet conditions. But the race should be in the dry so hopefully we can take the benefits of our aggressive position in the set-up.”

Ferrari brought an upgrade to this weekend’s race in response to their disappointing performance at the same track one week ago. However the wet qualifying session gave few signs of significant progress, and one car was eliminated from Q2 for the second weekend in a row.

“I don’t think the balance was a big issue towards the end,” said Leclerc. “We were just not quick enough.

“When I see the gap I’m quite surprised. So there’s a there’s some work to do.

“The driving definitely could have been better. But yeah, we have some work to do. I think we’re one-second point eight off. There is not this in the balance [of the car].”

Having been consistently bottom of the speed trap during the two weekends so far, Leclerc fears overtaking could prove difficult in the race.

“It’s very difficult to overtake,” he said. “So it’s going to be tricky. But I will give it all.”