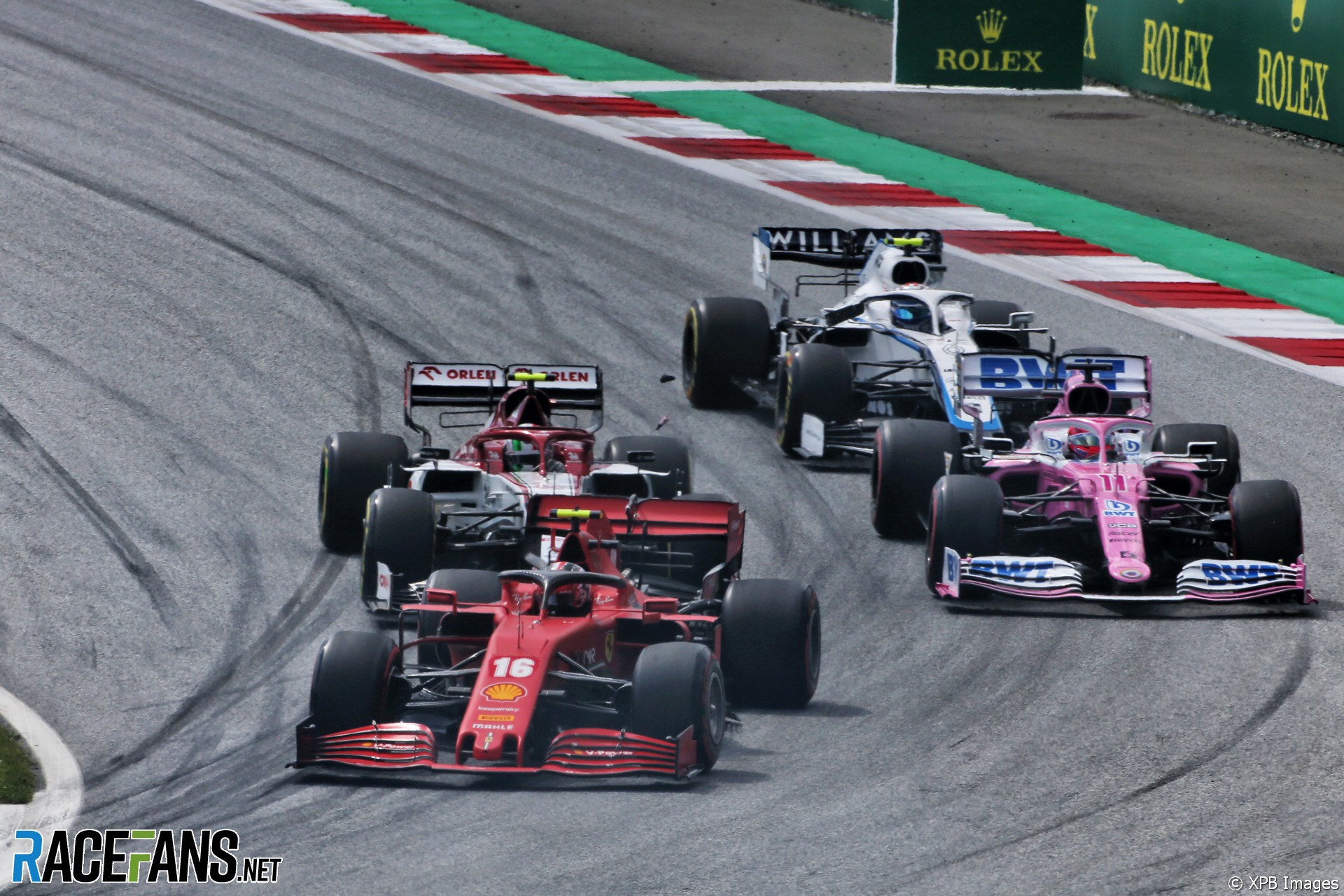 Charles Leclerc has said he is completely to blame for the first-lap collision which put both Ferraris out of the Styrian Grand Prix.

He apologised to Sebastian Vettel after colliding with his team mate when he tried to pass him on the inside of turn three at the start.

Leclerc said he apologised to Vettel for the collision. “I’ve seen a gap, I went for it, it was a very small gap and not a realistic gap to take, and especially in between team mates,” Leclerc explained. “So it’s my fault and there’s no excuses for that.”

“It’s my fault and that’s it,” he added. “I’m completely guilty in this one, Seb doesn’t have any fault.”

Ferrari were hopeful of a better showing this weekend after bringing several updates for their SF1000. Leclerc said he was also “very sorry for the team”.

“They did an amazing job and they pushed massively to bring the updates,” he said. “But I put the cars [out on] the first lap. I’m very sorry, even though it’s not enough to say that in this type of situations. I hope I’ll get better and hopefully I won’t do any more of these mistakes in the future.”

Leclerc, who started 14th, admitted he risked too much because he knew he needed to make progress on the first lap.

“I’ve also been risking because I know that we have to, to have a special result at all. But this is not an excuse. Plenty of things could have happened later on in the race and we are out, the two cars are out in the first lap because of me.”

20 comments on “Leclerc: Vettel not at fault at all for first-lap collision”