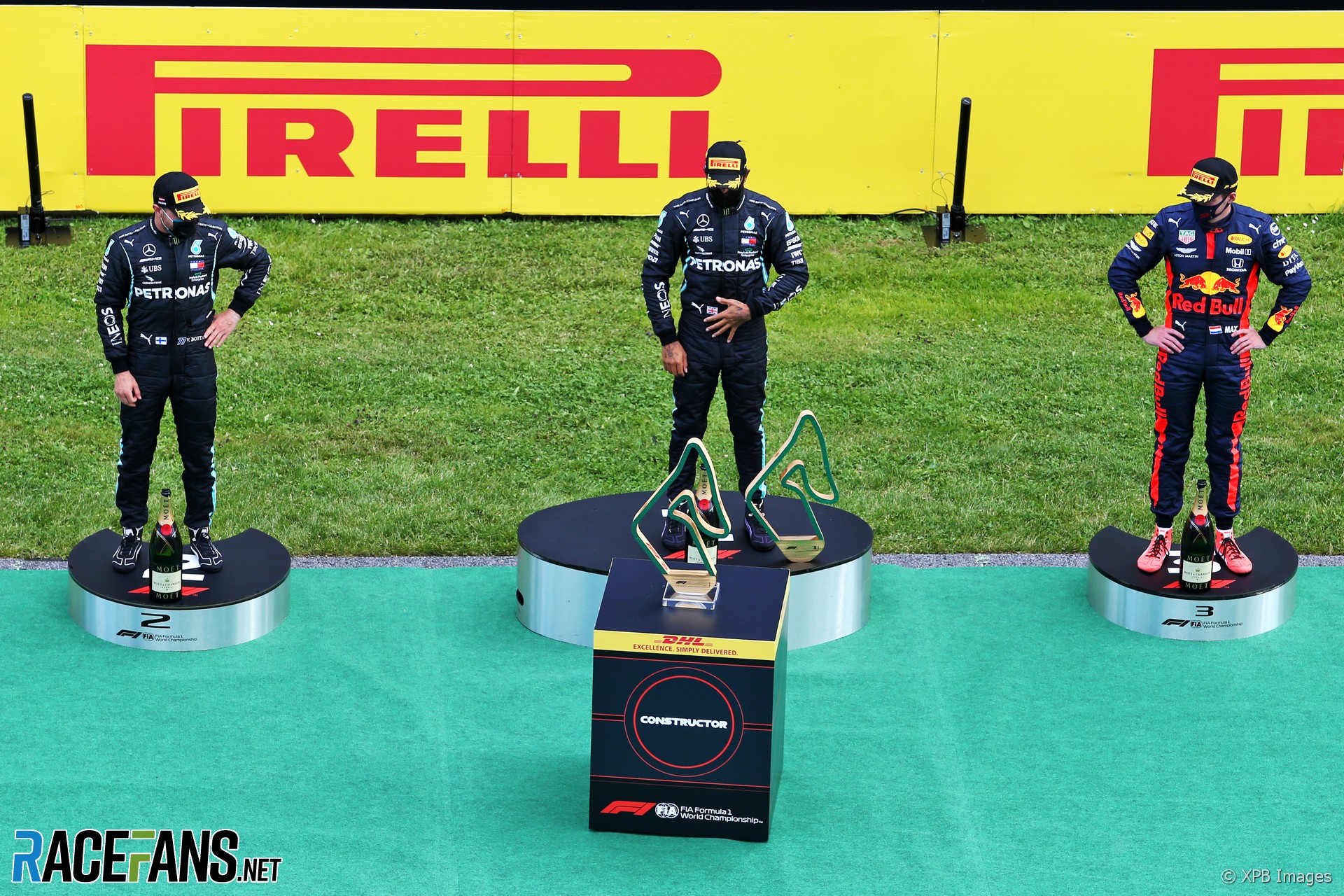 With F1 teams remaining segregated in ‘bubbles’ during race weekends, the podium ceremony is one of few occasions where members of different teams are brought together in person. In order to reduce the risks, F1 is using what it describes as “remote-control trolleys” to present trophies to drivers, as well as bring them towels and water.

The unusual sight prompted much attention on social media, and Hamilton admitted it felt strange to pick up his Styrian Grand Prix trophy from a moving platform.

“It definitely seemed weird,” he said. “I would have preferred them just to throw it to me or something.”

“The boxes arriving with the trophy, it just feels odd,” he added. “Definitely a little bit OTT [over the top] in my view because everyone here has been tested and wears gloves and all that kind of stuff.”

F1 is holding Closed Events with no spectators and minimal staff present to reduce the risks to those involved. Hamilton described how the emptiness of the venue struck him after winning the race. “In all honesty it’s been a really, really weird time,” he said.

“Whilst you’re in the work zone everything seems normal. And when you’re driving, when you’re racing, at this particular track there’s quite a big distance between the grandstands and the fans. So it’s not as easy to see them.

“But it really, really hit me with when I came out at the end. When you get out of the car and there’s no atmosphere, you miss the fans.

“It just shows how the fans make a difference. And I really missed it for that moment. That’s usually something you share with those that follow you and those that don’t follow you. And we didn’t have that.”