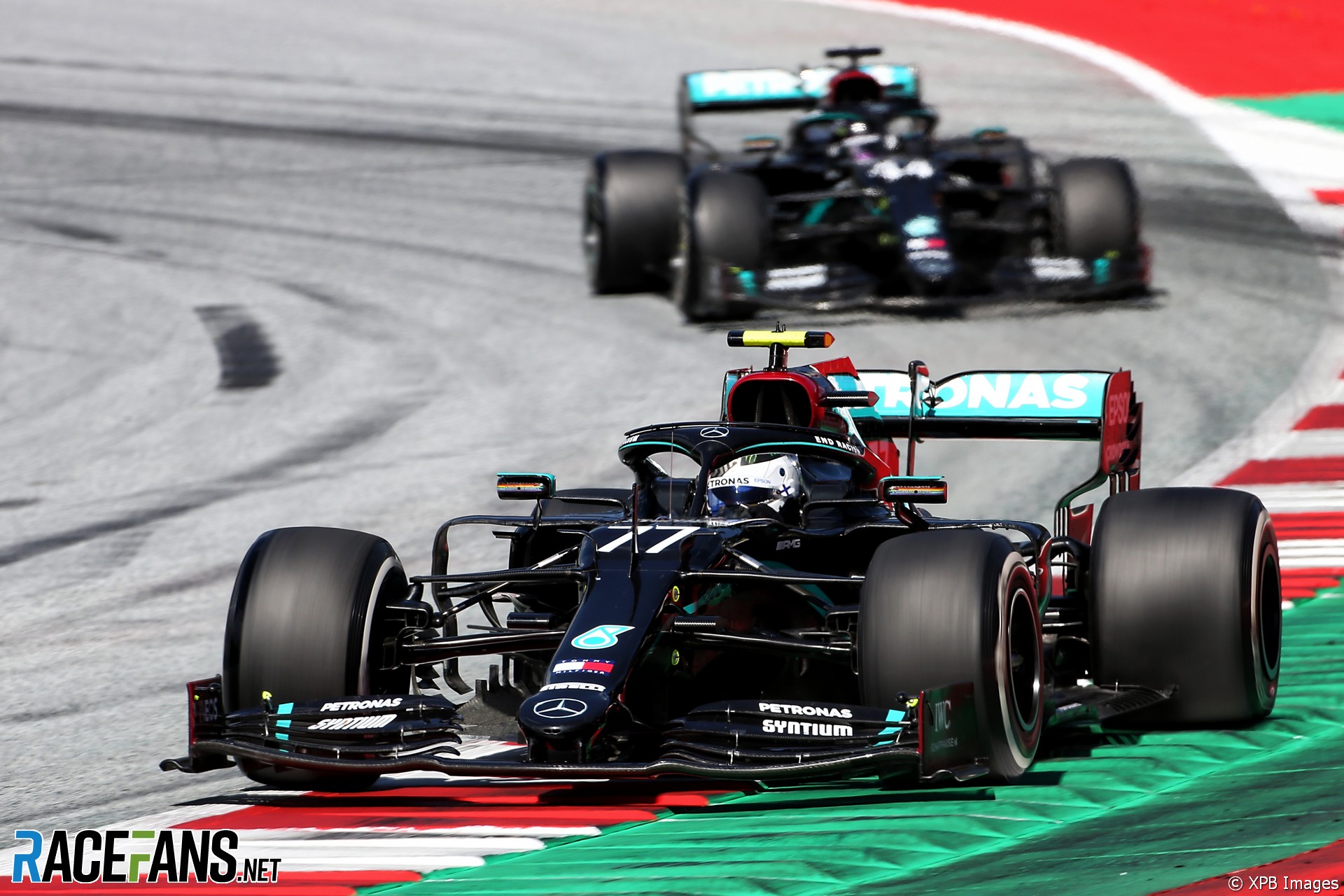 Mercedes is still working to understand the exact cause of the gearbox problem which struck both cars during the season-opening Austrian Grand Prix.

Following changes to the car, the fault did not resurface during the season race of the season, which was run at considerably cooler temperatures. Team principal Toto Wolff said they are still working to get to the bottom of the exact cause of the problem.

“When you have such a problem you’re never 100% sure that you’ve solved it because we were not 100% clear what caused it,” he said.

“We believe that the sausage kerbs were part of it. But obviously we need to improve the design in these areas because they seem to be a little bit vulnerable and I have no doubt that we would get on top of this and understand it very soon.”

However the team’s trackside engineering director Andrew Shovlin said it had been much easier for the team to stay on top of the problem in last weekend’s race.

“The issues with the kerbs, we did a lot of work back at the factory, we had a new installation of that gearbox loom and that was the component that was really causing us the grief the week before,” he said in a video published by Mercedes. “And it seemed that we managed to make that go away.

“So, we are going to keep an eye on it, just check that we have got the reliability that we need as we accumulate miles on those parts but there was a lot of good work and the race was much, much easier to manage as a result.”