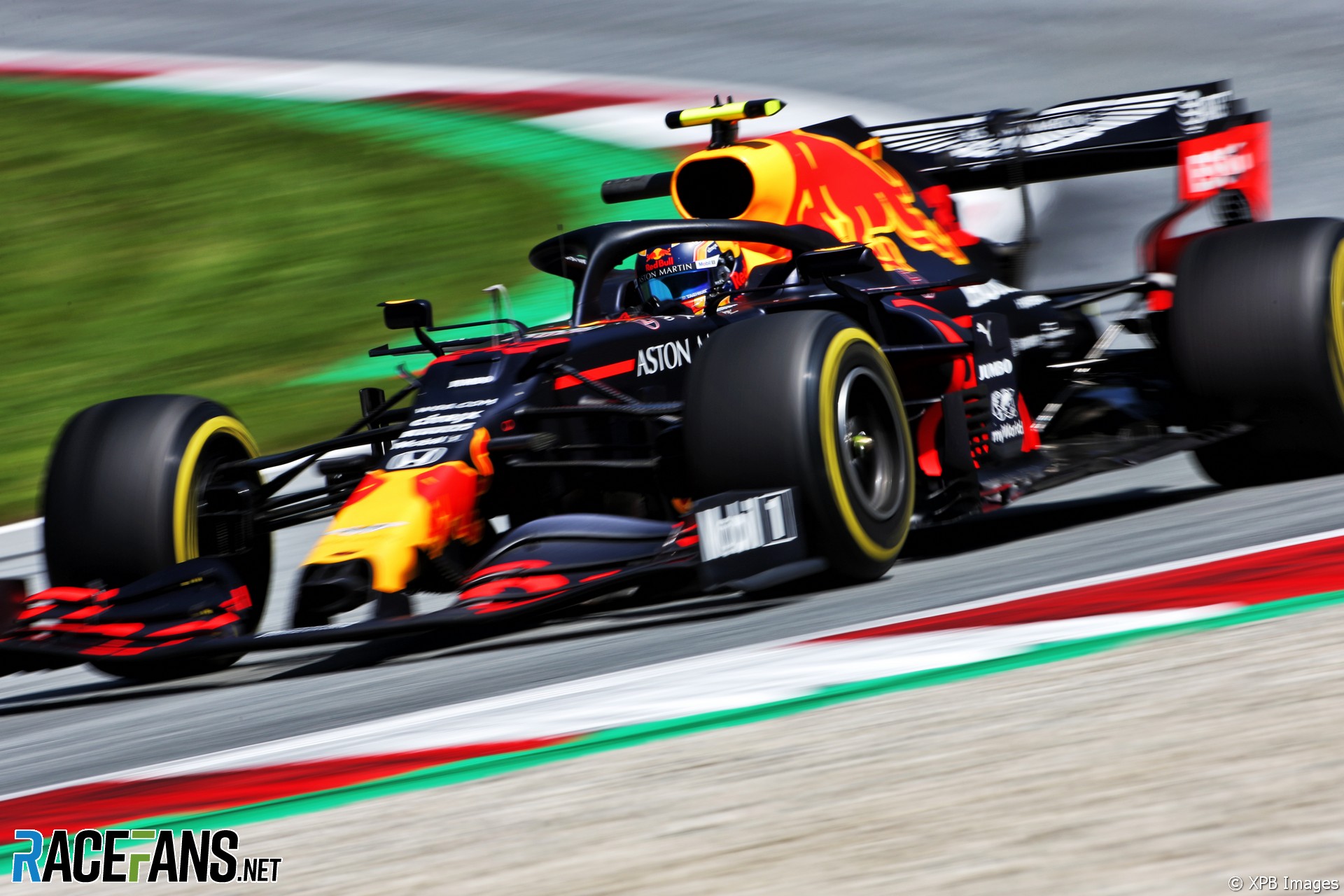 Alexander Albon says he isn’t concerned over the gap in performance between him and team mate Max Verstappen on the strength of the first two races of the season.

Verstappen was over 40 seconds ahead of Albon at one stage in Sunday’s race. Albon admitted he had problems managing his tyre degradation over the race’s opening stint.

“It was one kind of poor start to the race in race two and that was more or less the main issue,” said Albon. “So I don’t think there needs to be a panic.

“It’s just managing the tyres a bit better and knowing when to push, when not to push. That’s more or less it at the moment. I think once I get a bit more comfortable with a car the pace will come as well.”

Albon, who was promoted to Red Bull from Toro Rosso last year, said he doesn’t feel any added pressure to demonstrate his capabilities now he’s in a front-running car.

“It’s still the same,” he said. “Formula 1 is Formula 1, every driver is under pressure to perform.

“Of course I know I’ve got to do a good job, but it’s been like that since I’ve been eight years old so nothing really changes.”

Red Bull team principal Christian Horner said last week he was pleased with Albon’s performance in the second half of the race after his problems at the start.

“Alex had a race of two halves,” he said. “The first half he was struggling and then the second half I thought he drove well and his pace was good. So we need to understand that with him and hopefully help him get more comfortable with the car on the heavy fuel because his pace in the second half of the race was strong.

“He fought very well with Perez who was the fastest car on the circuit at that stage, three or four four tenths quicker than Bottas who had the freshest tyres. So I thought Alex did drive a good race, particularly the second half.”

32 comments on “Albon: No need for panic over gap to Verstappen”