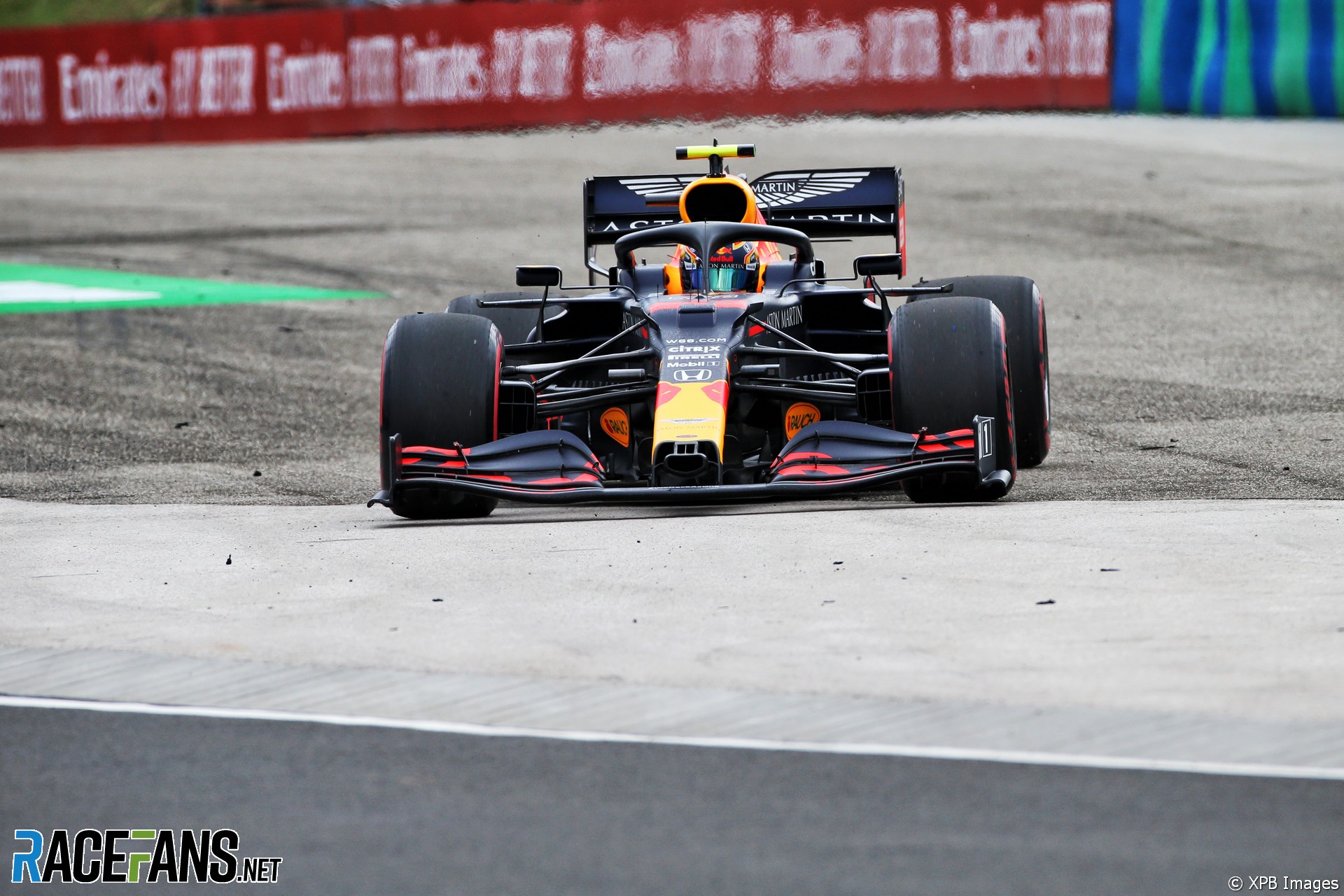 Russell beat Albon to 12th place by 17 thousandths of a second as both were eliminated in Q2. Albon’s team mate Verstappen made it into Q3 comfortably, lapping over seven-tenths of a second quicker than the other Red Bull.

However Russell, a long-time rival of Albon, doesn’t believe this is a fair reflection of his driving.

“I’ve known Alex for the last 15 years, been in the same paddock as him, he’s one of the best drivers we all race,” Russell told Sky. “Max, Charles [Leclerc], all of us will say, he’s always been at the front in everything he’s done. And I don’t know what the hell is going on.

“I feel really, really bad for him because he’s being made to look like an idiot and he’s absolutely not. He’s won in everything he’s done. So I don’t know what’s going on but they need to sort it out for him.”

Albon revealed his frustration in a radio message immediately after he failed to reach Q3. “Sorry guys but I told you, I told you, just don’t put me in traffic,” he said.

Speaking afterwards, Albon said traffic hadn’t been his only problem during qualifying.

“It was a bit of everything,” he said. “Obviously, I didn’t do a great lap as well. But we had another lap to kind of fix it.

“It’s a few things, to be honest. So I just need to speak to the team and discuss it just to be better prepared for next time.”