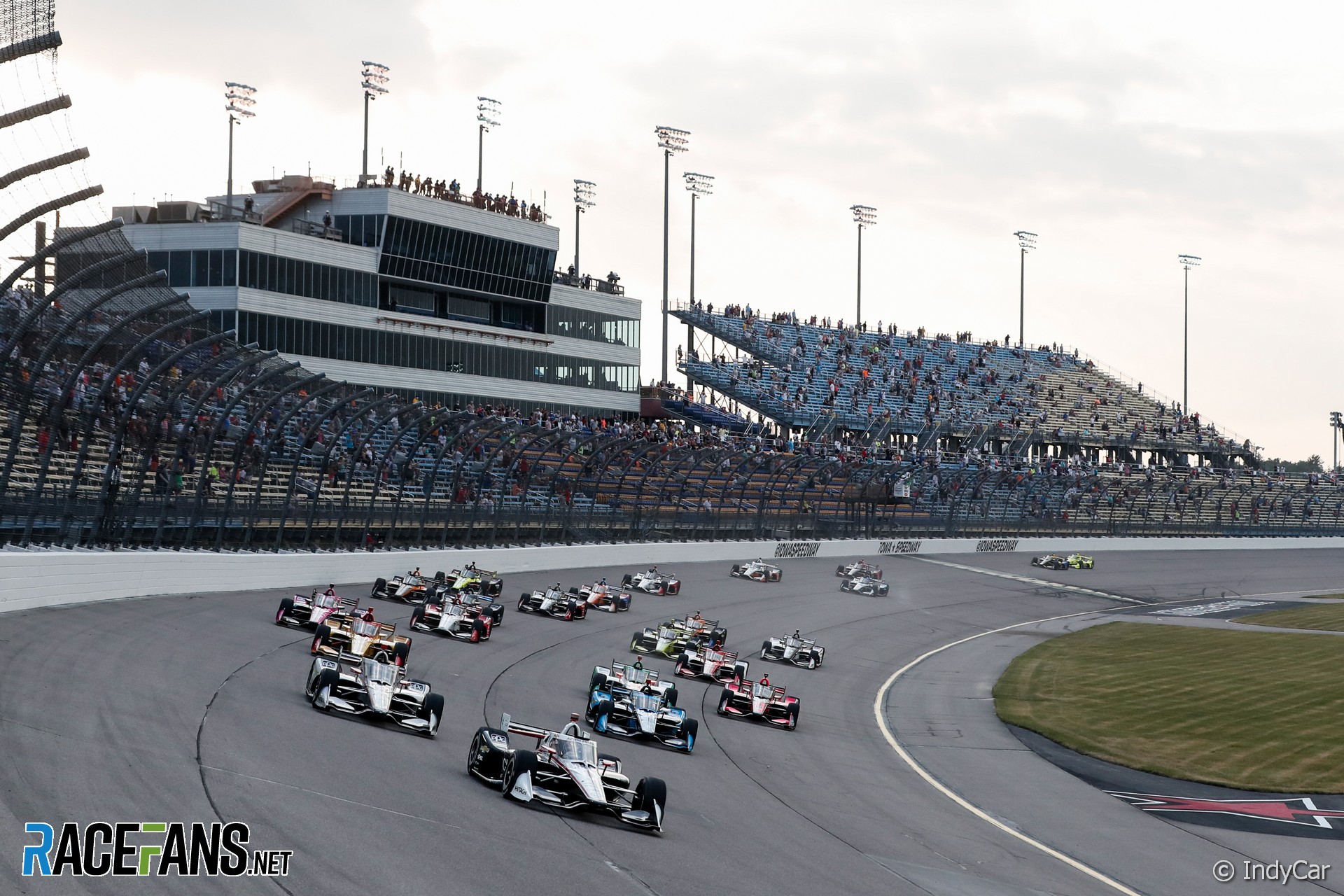 Having been denied a shot at victory by a late caution period in race one 24 hours earlier, he controlled IndyCar’s second race on the 1.4-kilometre oval. By doing so, the reigning champion closed his championship deficit to points leader Scott Dixon, who followed all three Penskes and Graham Rahal’s RLL car home.

Newgarden shared the front row with team mate Will Power and the pair stayed together during the first stint of the race, pulling out a gap over the rest of the pack. Race one winner Simon Pagenaud – starting from last place for the second race in a row – prompted the first round of pit stops by heading in alongside Takuma Sato on lap 47.

Newgarden stayed out 10 laps longer than that, and Power came in the lap after. Both have encountered problems in the pits in recent races, but these visits were uneventful, and Newgarden continued to open up his lead a following his pit stop. Power, however, was passed by driver Pato O’Ward shortly after his stop, the McLaren DP driver setting his sights on Newgarden.

O’Ward closed to within a second of Newgarden before drivers began diving to the pits for the second time. Newgarden stayed ahead once more, but on lap 115 Ed Carpenter made slight contact with the wall, triggering a caution period and sending the majority of the field to the pit lane once more.

Newgarden sustained his lead through the caution period while O’Ward held second ahead of Power. With lapped cars trapped between the leaders, Newgarden was able to pull clear once more when the race resumed.

Graham Rahal, one of the drivers who pitted under caution, had great pace after the restart, moving through the pack behind Newgarden and O’Ward. Pagenaud also benefited from the caution and settled into fifth after starting last.

O’Ward shadowed Newgarden and stayed within drafting distance but was unable to pull alongside the Penske driver. The gap between the two eventually grew as Newgarden made swifter progress through Iowa’s ever-present traffic.

McLaren SP tried to put pressure on Newgarden by bringing O’Ward in early for his next pit stop. But the right rear tyre was not attached properly, and the subsequent delay dropped him from second to 13th.

Newgarden stopped the next time around but Ryan Hunter-Reay spun on lap 180 as he exited the pit lane on cold tyres. It was an almost exact copy of the 2012 champion’s error in yesterday’s race, except on this occasion the damage was terminal.

This latest interruption proved no disruption to Newgarden’s progress to victory, the first by an IndyCar driver from pole position at this track. Behind Power, restored to second place by O’Ward’s misfortune, a fight for the final spot on the podium began to brew between Rahal, Pagenaud, and Dixon.

Rahal prevailed, denying Penske a sweep of the podium places, Pagenaud having risen from last to fourth place. Dixon’s fifth place means Newgarden is 53 points adrift of him in third place, with Pagenaud four points closer.