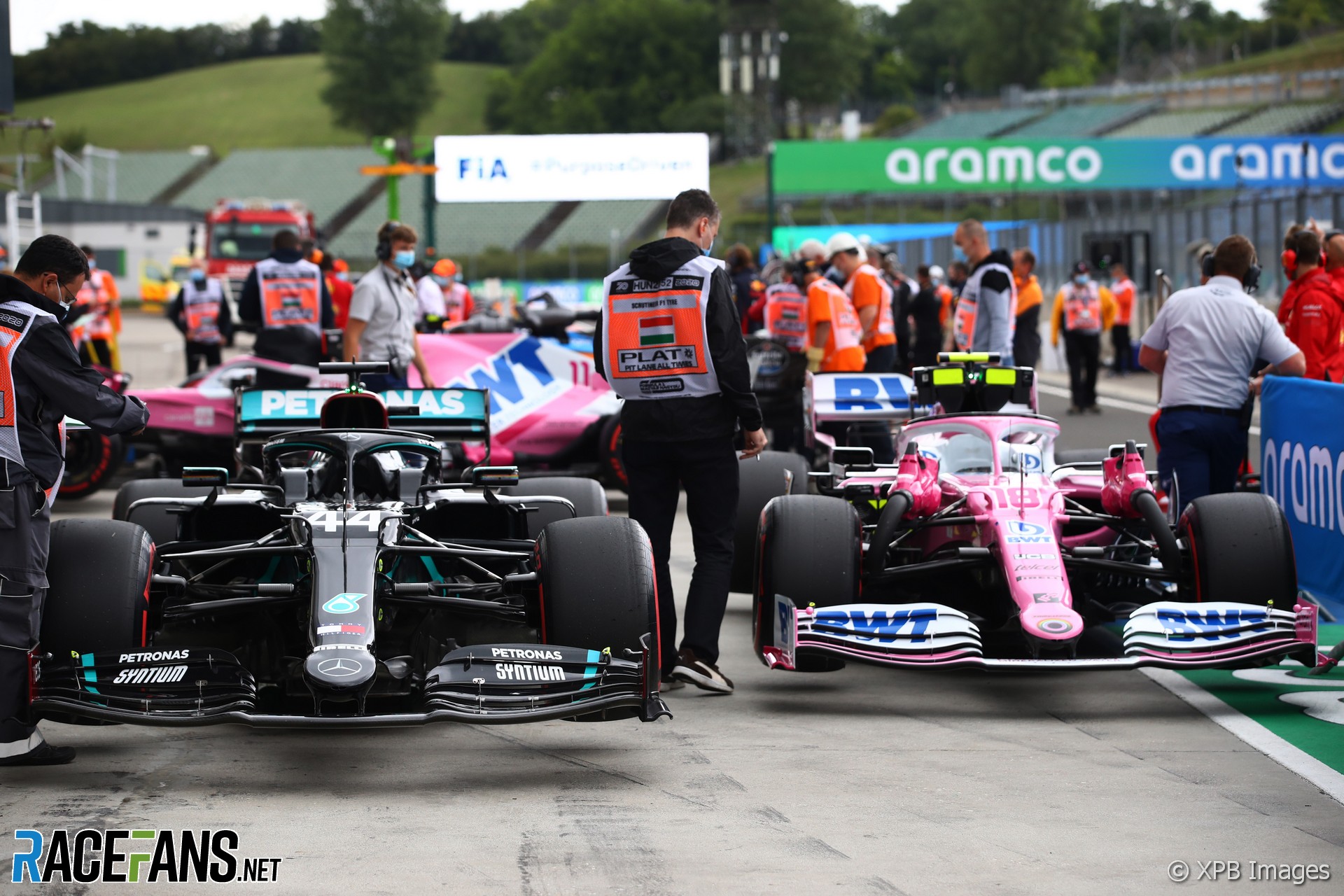 Max Verstappen is not concerned Racing Point could become championship contenders after they qualified as the second fastest team in Hungary.

The team, which will become Aston Martin after this season, has been rumoured as a potential destination for Sebastian Vettel next year. Its RP20 is closely based on last year’s championship-winning Mercedes W10, so much so that Renault lodged a protest against the team following the Styrian Grand Prix.

In Hungary the RP20s have been consistently the second-fastest cars behind the two Mercedes. Lance Stroll and Sergio Perez have claimed the second row of the grid for today’s race.

However Verstappen does not see them as potential championship contenders. “No, they will never be in the title fight,” he said when asked by RaceFans. “Compared to Mercedes, no.”

“They are like a second behind Mercedes, so no. If you copy, you will always be behind.”

Verstappen will start today’s race from seventh on the grid. Asked whether he might be able to catch the Racing Point pair he said: “Well, last year Mercedes was also very fast. So it’s quite normal that you are fast.

“But they did a good job and we did a very bad job. So we just need to see what we can do. It’s going to be close I think.”