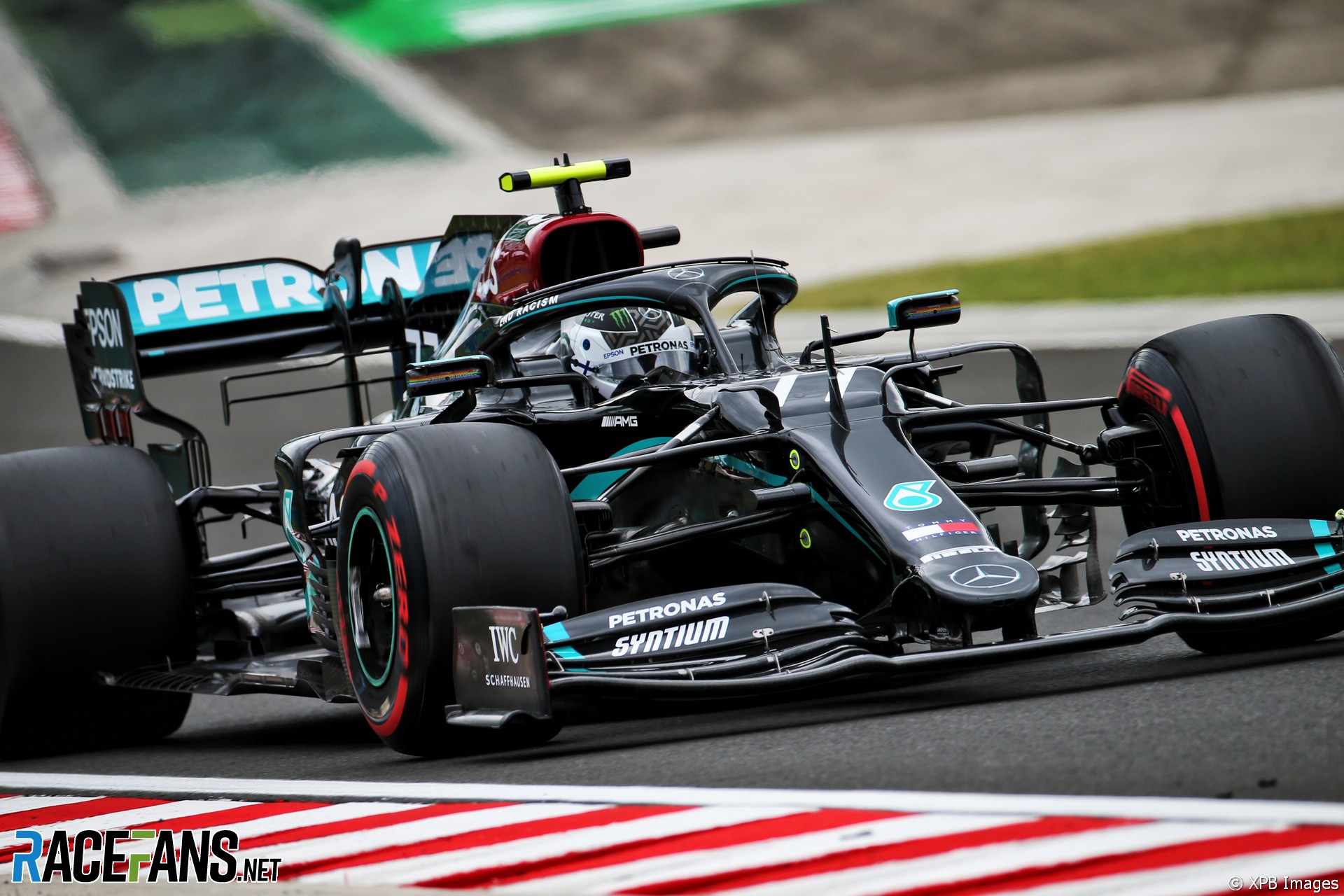 For once, first practice proved an accurate reflection of what was to follow in qualifying. In both sessions, two Mercedes headed two Racing Points.

Intriguingly, both teams opted to qualify on the medium compound tyres. Mercedes could probably have run them in Q3 and still swept the front row of the grid. In Racing Point’s case, running them in Q2 was the kind of call which looked wise with hindsight but foolish at the time – both drivers came worryingly close to being eliminated.

Last year the top five drivers on the grid all started on medium tyres. In a two-horse race against pole-winner Max Verstappen, Lewis Hamilton made an extra pit stop, switching from hards back to mediums, and successfully passed the Red Bull to win.

On Sunday we’re likely to see a two-horse race again between the Mercedes drivers, assuming both make it around the first lap unscathed, as Valtteri Bottas failed to last year.

Hamilton’s 2019 race demonstrated how differing strategies can create opportunities to gain places on a track where overtaking is normally very difficult. Sebastian Vettel’s did too: He ran a long first stint and switched to soft tyres for the end of the race, and dived past Charles Leclerc to bag the final spot on the podium with three laps to go.

Could either of those scenarios point to ways Bottas might be able to take the fight to Hamilton? Team principal Toto Wolff poured cold water on that suggestion after qualifying, indicating the team won’t risk compromising its advantage over its rivals at this early stage in the season, even with such an apparently large performance advantage.

“We are into the third racing weekend, there’s probably 15 more to go, and I wouldn’t take it easily,” he said. “I don’t want to take a decision here that could be negligent and throw away valuable points and find myself in a position where Red Bull comes back strong at the end of the season and we’ve been a little bit foolish and complacent.

“So in that respect, I’m not saying no to alternative race strategies, I’m not sure I want to deploy this in Hungary, but we are certainly going to discuss it with the drivers and within the engineering community.

“Just to reassure you, it’s already something that we discussed in Austria with the drivers and we felt that it is a positive contribution to Formula 1. So we might come up with a decision, but it will be a well thought through decision.”

But if Mercedes’ performance advantage in the race is even half what it was in qualifying, they could find themselves with a pit stop in hand over their rivals at mid-race. In that scenario the temptation for one crew to try a different strategy will be strong. As last year showed, if the chasing driver is close enough, then as soon as they pit it becomes impossible for the leading driver to cover them, and the die is cast.

Behind them, the race will be an interesting test of the two Racing Point drivers’ speed and driving defensive abilities, particularly at the start of the race. The immediate threat will come from the two Ferrari drivers on soft tyres.

Leclerc and Vettel will be well aware that splitting the pink cars at the start may be their best chance of beating them. Of course they will be equally conscious of the need to avoid any repeat of their collision last week. Leclerc especially…

Can anything stop the Mercedes drivers in Hungary? Who do you think will take the final podium position?