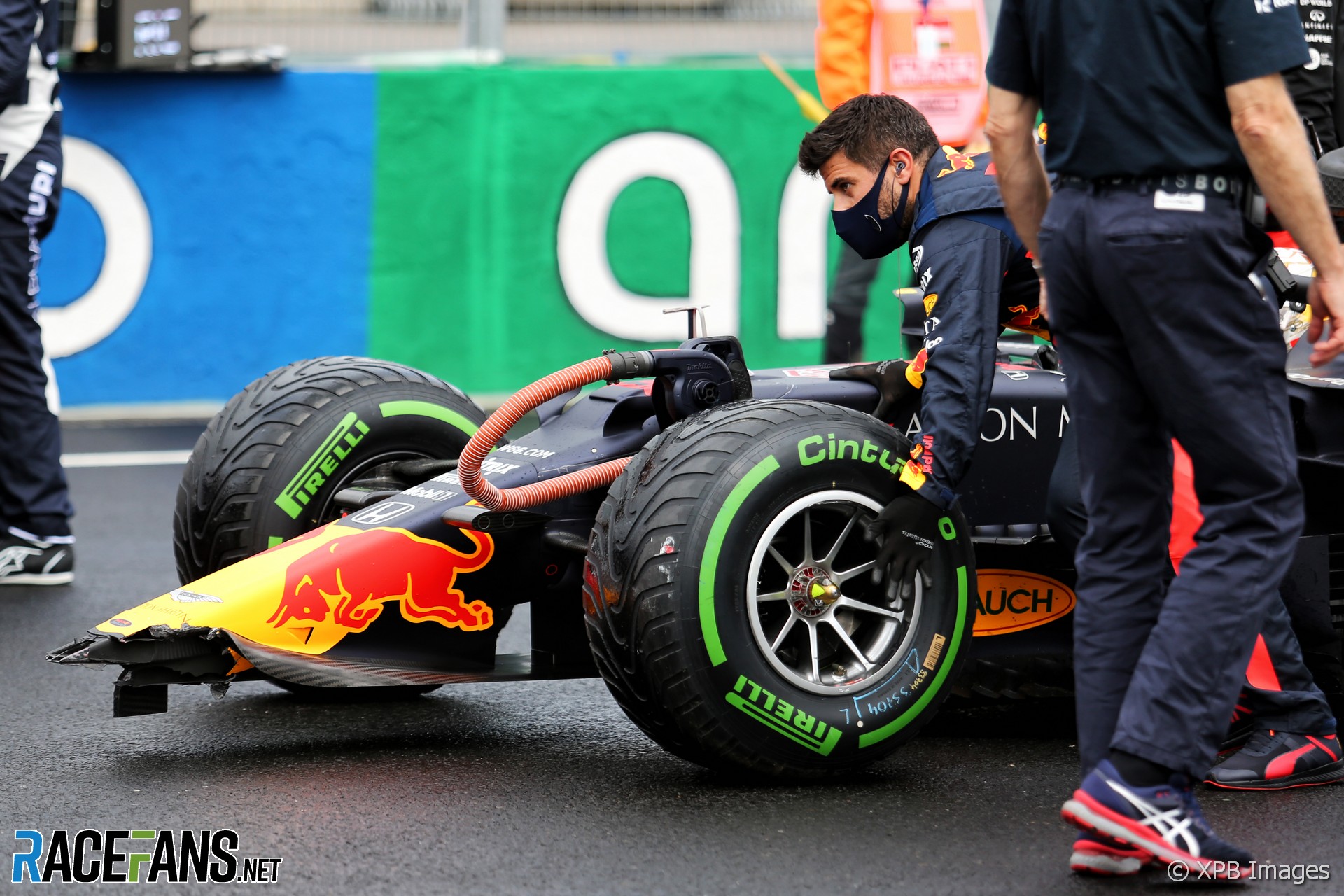 Red Bull completed pre-race repairs to Max Verstappen’s car less than half a minute before they had to clear the grid to start the race.

Team principal Christian Horner praised his team’s repair job after Verstappen crashed his Red Bull at turn 12 on the reconnaissance lap prior to the start of the race, and said his driver was fortunate to be able to start the race at all.

“I think Max went off three times on that lap to the grid and the third one was obviously looked pretty terminal,” said Horner. “So we could immediately see it looked like the track rod and certainly the push-rod was broken.

“So we decided to drive the car to the grid and do our best to repair the car on the grid. And the mechanics did an unbelievable job. What would usually take an hour and a half they did in 20 minutes and completed with 25 seconds to go.”

Remarkably, Verstappen reported no problems with his suspension throughout the race.

“It’s not going to be ideal but you’ve got to get on with it and Max actually didn’t report any issues at all with the car pulling to one side or anything like that in the race, which was very good.”

In his repaired car, Verstappen took second place in the race.

“Max put it out of his mind,” said Horner. “He was obviously a bit embarrassed on the grid having caused that amount of work. But he repaid them in the best possible way by putting in the drive that he did.

“And the guys came back, got themselves composed, and then did a sub-two-second pit stop again. So, you know, they’ve been phenomenal this weekend and he owes this result.”

FIA race director Michael Masi said the team’s repair work on the grid was supervised. “We obviously had a couple of our technical team down there monitoring it all,” he said. “With regards to time frames and the manner in which everything was achieved, it was all completely compliant.”