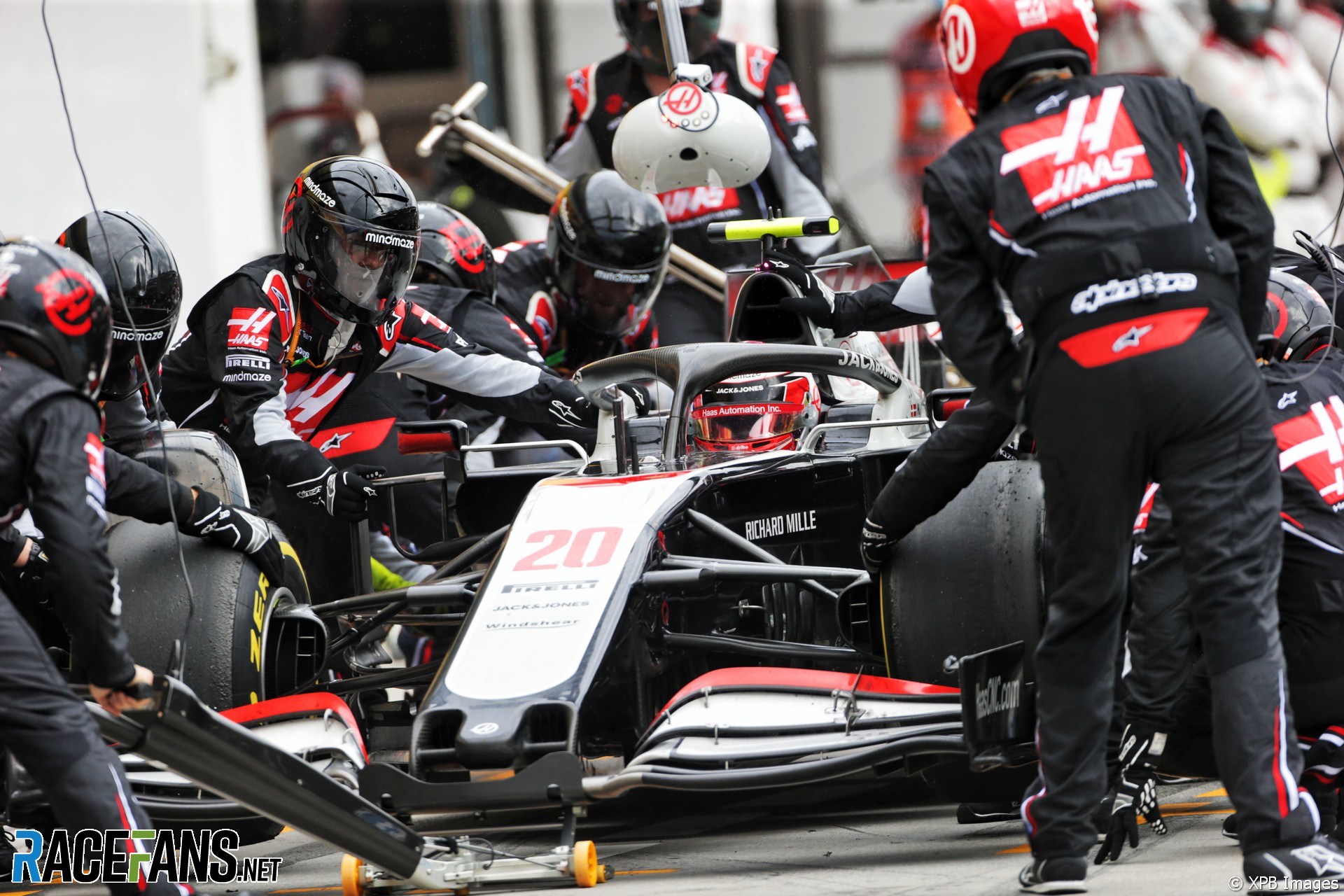 Two incidents in the last two races highlighted how Formula 1 can be the most maddeningly impenetrable of sports.

One team discussed with their drivers whether to make a pit stop. Stewards’ decision: 10-second penalty for both its cars.

One driver barged a rival off the track, going off the circuit with him, yet kept the position he gained. Stewards’ decision: No foul.

On the face of it, both of these calls were hard to fathom, and prompted a lot of questions from RaceFans readers. The explanations for both are very different.

The stewards eventually admitted Lance Stroll should not have been allowed to keep the position he gained with his wild lunge at Daniel Ricciardo which resulted in both of them going off the track on the penultimate lap of the Styrian Grand Prix.

F1 race director Michael Masi discussed with the stewards the decision they made not to penalise Stroll. “After some discussion and reviewing it, and I communicated this to the drivers at the drivers meeting, with the benefit of hindsight in that situation with Lance and Daniel, a swap of positions would have been the best and correct outcome in the circumstances,” he said in response to a question from RaceFans.

They’ve owned up to the error, and deserve credit for that. But why wasn’t this incident noted for investigation at the time – as Max Verstappen’s move on Charles Leclerc at the same corner was last year? And why not retroactively give Ricciardo his place and points back?

Just as importantly, why was the wrong call made in the first place? The Stroll-Ricciardo move was not a complicated matter, it concerned a basic question of the rules of racing. Are you allowed to pass a rival by running them and yourself off the track? Of course not, as we have seen many times before. If that was routinely permitted, races would be carnage.

The decision to penalise both Haas drivers 10 seconds for discussing their pit stop plans with the team on the formation lap is a different matter. Haas clearly broke the rules as they are currently understood. But these rules are ill-conceived, clearly inconsistent and, to those of us who just want to sit down and enjoy a good race, infuriatingly opaque.

Why inconsistent? Had Kevin Magnussen and Romain Grosjean been told to pit on any other lap of the race, they would not have been penalised. Because it happened on the formation lap, they were.

How so? Officially, they broke the rule concerning “driver aids”. More head-scratching: How is a radio call a “driver aid”?

In this instance, because a technical directive was issued four years ago preventing teams from giving instructions to their drivers on the formation lap. The intention was to make it harder for teams to help drivers optimise their launch settings and make near-perfect starts every time. The sweeping ban on all team-to-driver radio instructions during this time created the unintended side-effect of making pit calls illegal at this point of the race.

Don’t go looking for that technical directive in the rule book, however, as those often vital details are not made available publicly.

Haas’s pre-start gamble on slick tyres proved an inspired move. It deserved to be rewarded by Magnussen’s original two points for ninth place, not penalised for breaking a rule which was never intended to prevent teams making these kind of gutsy calls. If unchanged, the rule will discourage teams from making similar gambles in the future. Is that really what F1 wants?

It’s illogical to ban teams from calling their drivers into the pits on one lap of the race, but not the rest of the time. And F1 fans should be able to expect the regulations issued by the sport are full and complete, and are not missing hidden directives without knowledge of which they cannot hope to understand the nuances of a complex competition.

It is not unreasonable for a fan of any sport to expect to be able have a basic grasp of the rules of fair play. When they see teams being penalised for making pit stops, or drivers get away with blatantly illegal moves, it isn’t good enough to let a foul go unpunished, or point to some secret area of the rule book.