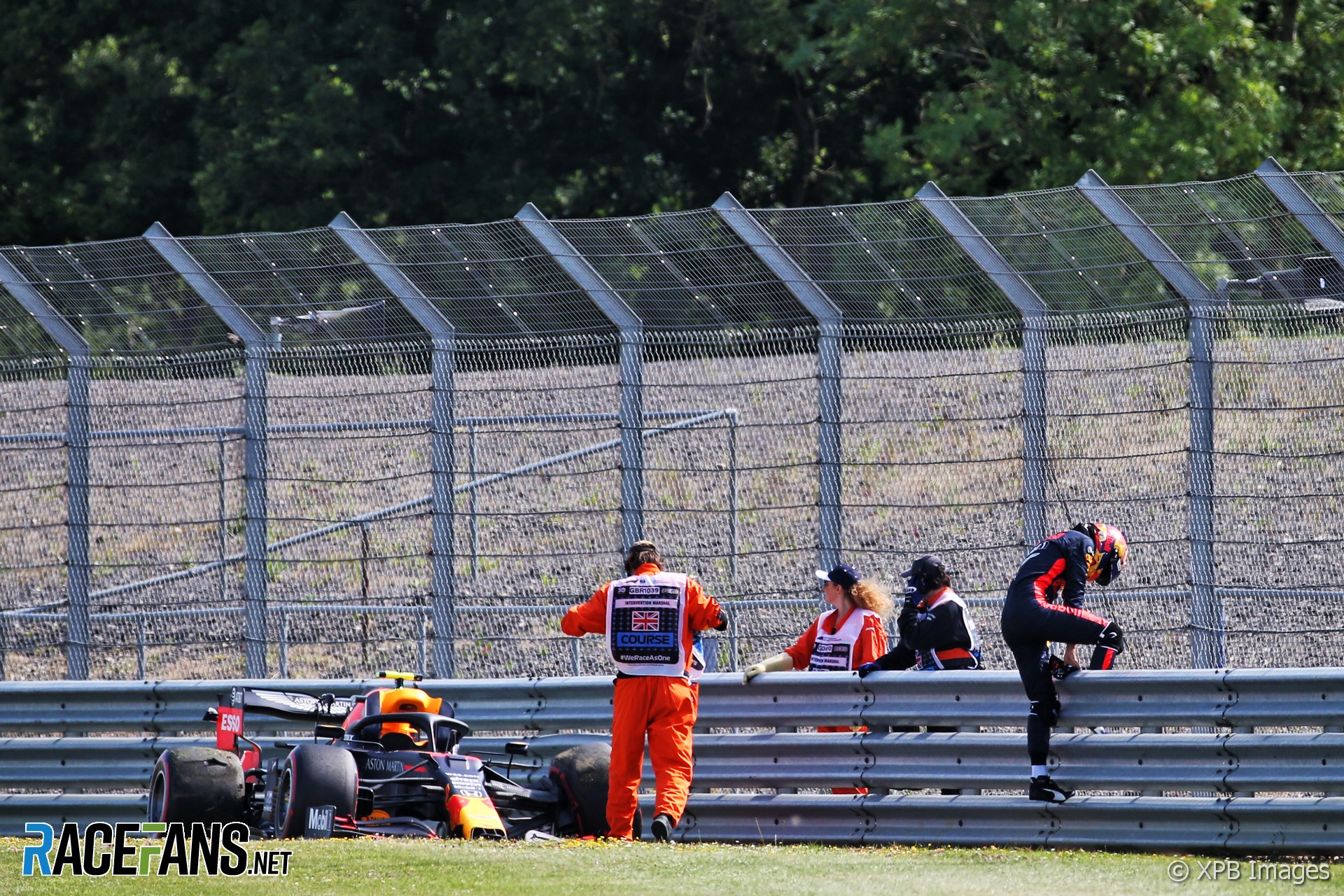 Alexander Albon said he needs to look more closely at the data from his crash during the second practice session at Silverstone.

However he said he was encouraged by Red Bull’s pace on the opening day of practice for the British Grand Prix.

Albon said he’ll “have to have a look at” his Stowe corner crash, which left his RB16 which damage to the rear and front-left.

“The rear went quite quickly and I struggled to correctly. I thought I had it but then obviously you get the tank-slapper as well. We’ll have a look at the data and see.”

Despite the crash he ended the session with the second-fastest time and believes “we’ve definitely made a step as a team.

“The car feels good. I think we expected worse, to be honest, coming into Friday. But the car was hooked up straight away the first time we drove it in FP1. So it’s looking good.

“I’m sure the Mercs are hiding quite a lot so we’ll watch them tomorrow. But otherwise I think as a car it feels well-balanced.

“Obviously today though the weather and the wind is so much different to what we’re going to get tomorrow, it will be a little bit of a reset.”

Albon believes Red Bull have benefited from learning more about how their car behaves.

“Obviously I say that [but] I still put it in the wall. But there are a lot of positives to take from today.”