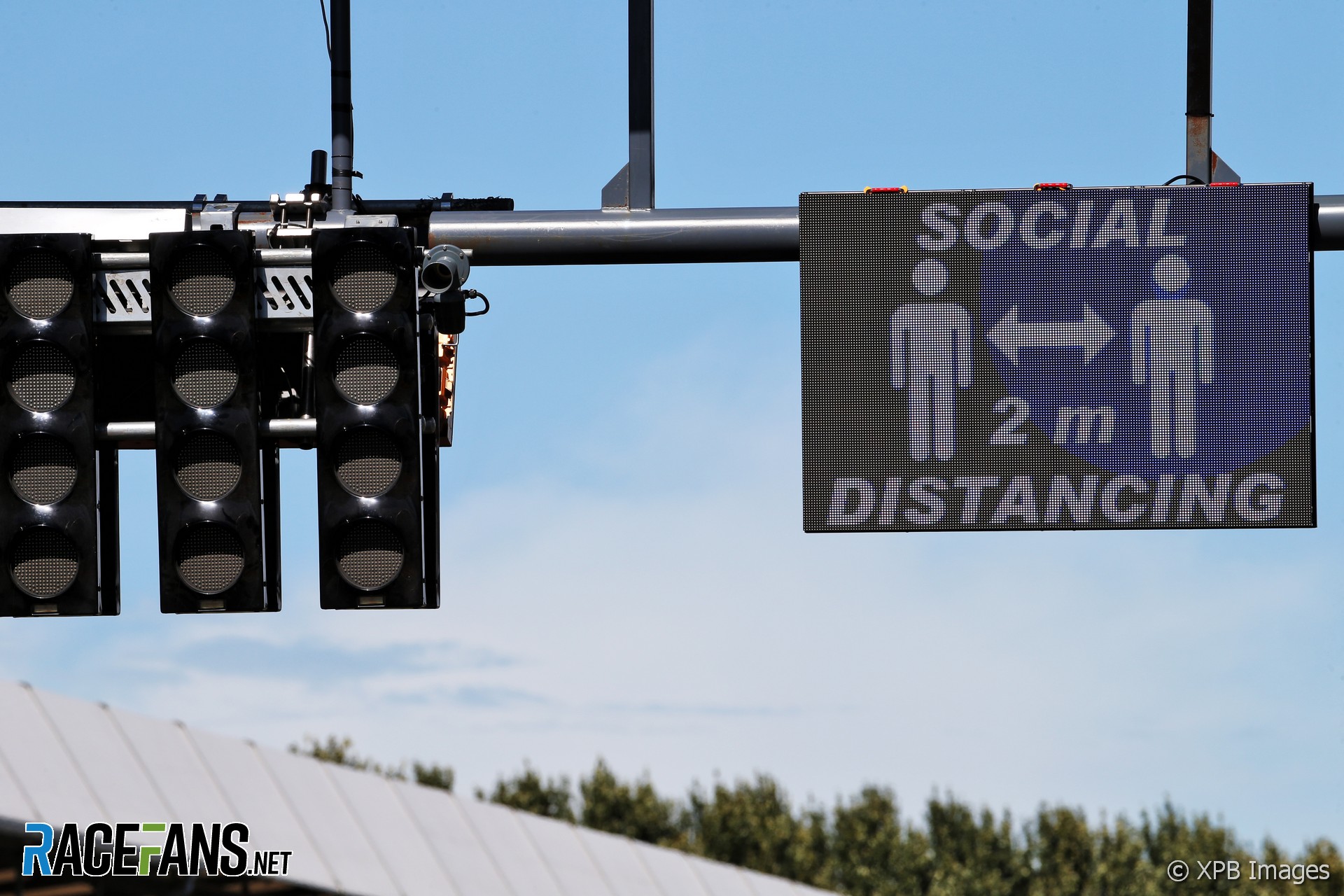 The FIA and Formula 1 have confirmed no other F1 personnel have tested positive for Covid-19 in the past week, aside from Sergio Perez.

The Racing Point driver has been forced to miss this weekend’s race as he is self-isolating following a positive Covid-19 test yesterday.

“The FIA and Formula 1 can today confirm that between Friday 24th July and Thursday 30th July, 3,909 tests for COVID-19 have been performed on drivers, teams and personnel,” said the organisations in their regular joint statement. “Of these one person, as previously announced, has tested positive.”

Five other Racing Point staff are isolating after coming into contact with Perez, the team’s CEO Otmar Szafnauer confirmed today. They are three simulator workers plus Perez’s personal assistant and his physiotherapist.

Since F1 began holding its Closed Events during the pandemic, it has conducted 17,504 Covid-19 tests. Perez’s was the third positive case.

The other two positive test results were returned during the Hungarian Grand Prix weekend. Formula 1 race director Michael Masi said those two cases occured “effectively outside of the paddock”.

Red Bull team principal Christian Horner said Perez’s positive test was “a stark reminder that these procedures are here for a reason” and praised how the FIA handled the case.

“We are going to be travelling to countries where obviously there are second waves and peaks that are still bubbling away. And that’s where as a group, as Formula 1, we do need to keep that discipline with the procedures that are in place. I think that the whole thing was handled well and executed well by the FIA and by the team.”