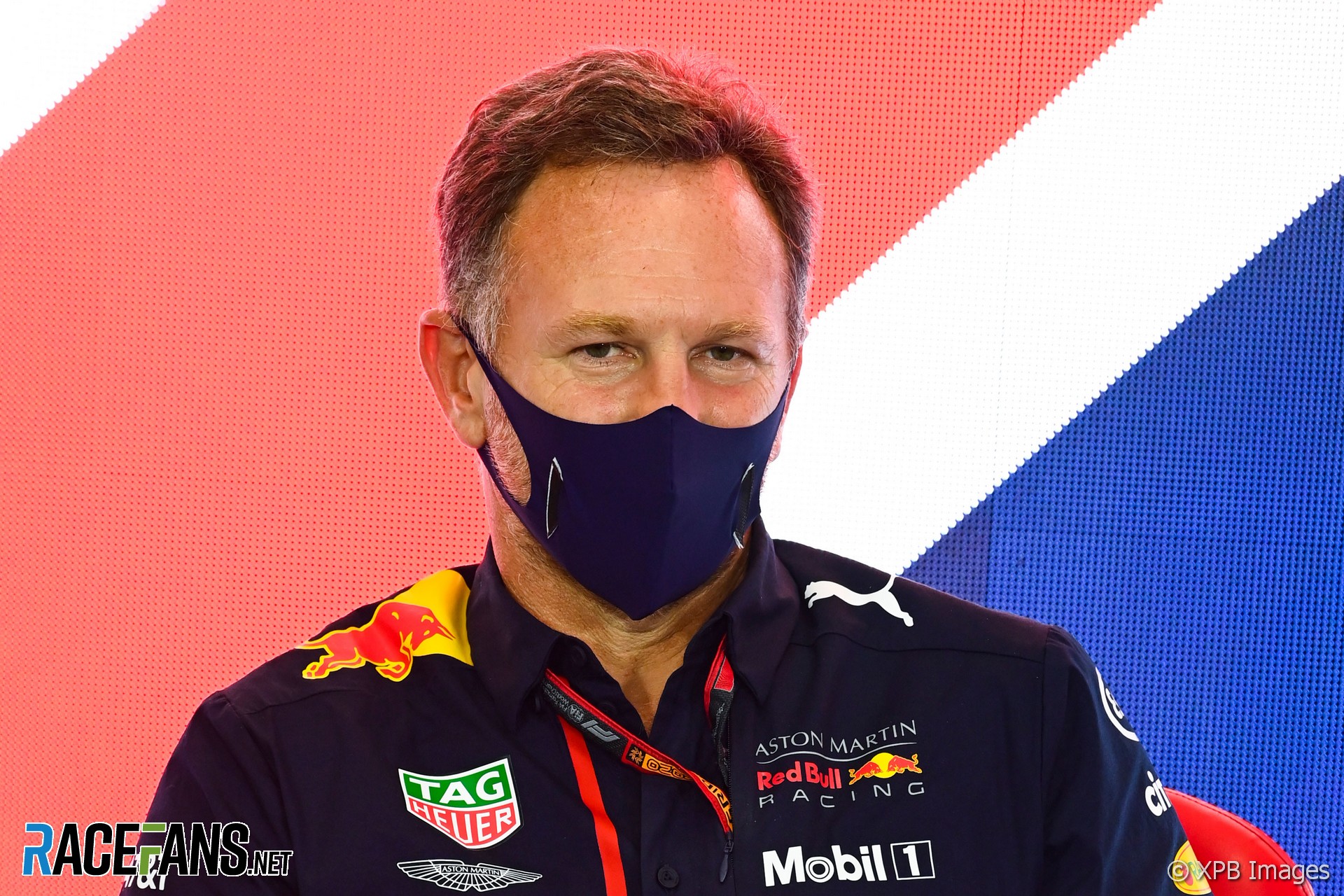 Albon joined Red Bull from Toro Rosso in the middle of last season. Asked yesterday about his driver’s performance, Horner said “there has been criticism of Alex, which in some ways has been unwarranted and unfair.”

Horner said Albon had been well-placed to score a strong result in the opening race of the season, and had delivered top-five finishes since then.

“If you look back to the first race in Austria, through strategy he was in a position to arguably win that race and was taken out by Lewis Hamilton.

Speaking before Albon’s crash in second practice yesterday, Horner admitted the team’s car was a handful for its drivers.

“We know the car we have provided our drivers with this year isn’t optimised and it has had some difficult characteristics . For a driver that doesn’t have experience, he’s only just had over a year’s worth of Formula 1 experience, that’s a tough call.

Red Bull has replaced Albon’s previous race engineer Mike Lugg with the experienced Simon Rennie as of this weekend’s race.

“Simon has obviously been with the team for a long time and he was race engineer to both Mark Webber and Daniel Ricciardo through his entirety at Red Bull,” said Horner. “Simon left the pit wall through his own choice at the end of 2018 to take on a factory-based role and that’s what he’s been working at for the last couple of years.”

“With the issues that we currently have with the car and an inexperienced driver like Alex we felt that it was unfair on the race engineer who was working with Alex, who was relatively inexperienced, to have that pressure. So we’ve brought Simon back into the front line for the rest of the season. Mike remains under contract to us.

“Hopefully that experience, that knowledge while we aggressively develop this car, will only help Alex. You have to understand that every time he gets in the car it’s that little bit different and I think an experienced hand like Simon is definitely a positive for him.”

Asked whether Pierre Gasly, who Albon replaced at Red Bull mid-season last year, might also have benefited from a more experienced race engineer, Horner said: “Pierre was a bit more experienced that Alex is.

“And we had a car that was far more settled than where we currently are. So I don’t think it would have had any material change on Pierre’s performance last year.”

52 comments on “Criticism of Albon “unwarranted and unfair”, says Horner”