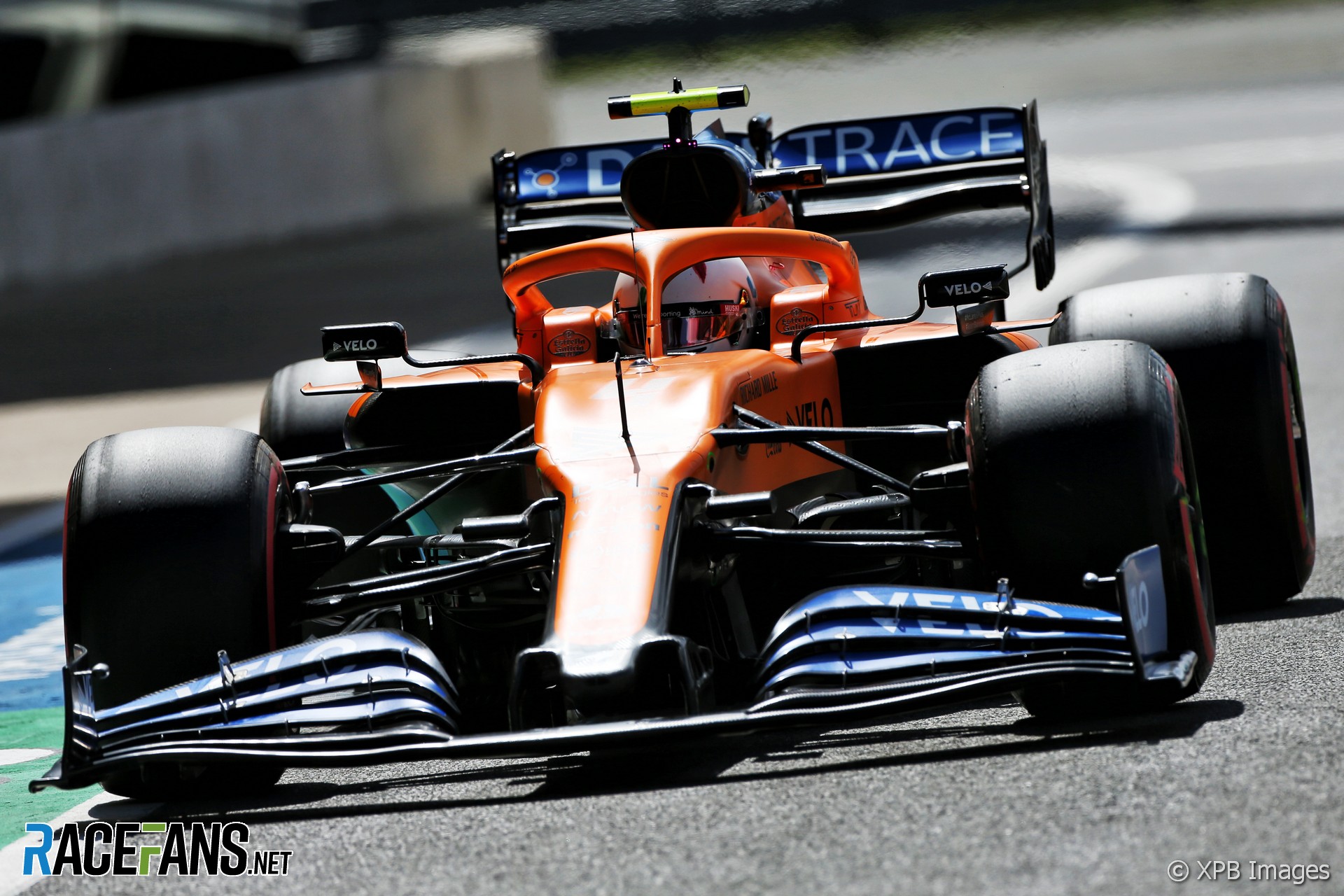 Lando Norris says the lap which earned him fifth on the grid was one of the best of his career.

He was relieved with the result after coming perilously close to elimination in the first round of qualifying.

“Maybe [I’m] not so happy with Q1 and Q2, we were a bit on the cusp of getting knocked out. But I think I recovered well.

“I got back in a good rhythm, especially for Q3, and put in probably one of my best laps I’ve done in Formula 1.”

Norris’s engineer praised his first run in Q3, which was done on a used set of soft tyres. He then improved on his final lap.

“I’m very happy,” he said. “[It’s a] better position than we were probably ever thinking coming into today, but the conditions were very, very different.

“So it was a bit unexpected, or we didn’t really know what we could achieve. But I think today and that lap time I did was one of the best.”

Carlos Sainz Jnr put the other McLaren seventh on the grid and said he was “happier with the car” this weekend.

“It looks like we’ve improved a bit the car balance and my feeling with the car in general, I put together some strong laps along qualifying.

“Just in Q3 [I was] a bit unfortunate, I just didn’t put a very good lap together. I lost the rear on exits quite a lot and that made me lose along the straights. So a bit of a shame there.”