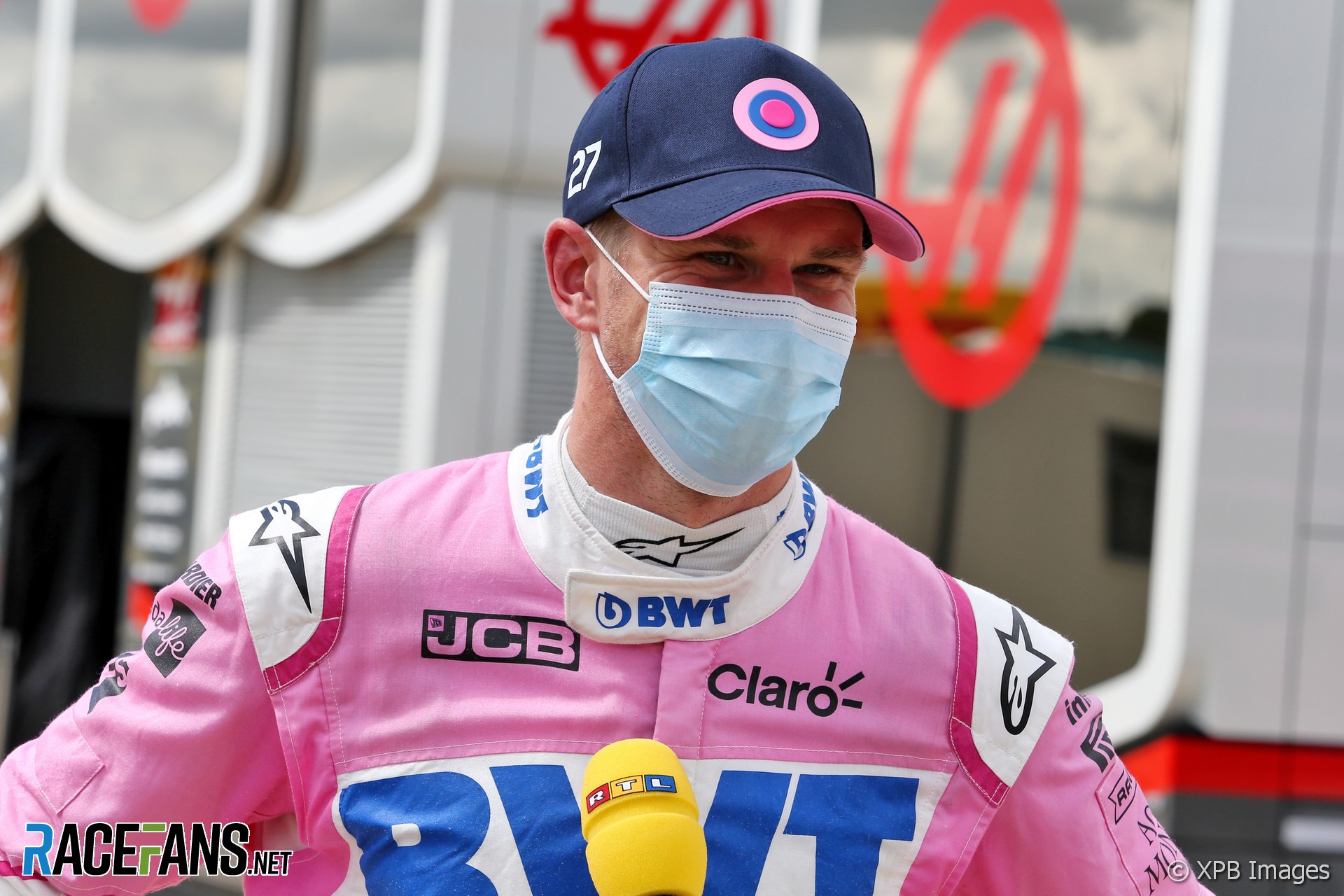 Racing Point’s ‘super-sub’ Nico Hulkenberg deserves to have a seat in Formula 1, Max Verstappen has said.

Hulkenberg, who was dropped by Renault at the end of last season, has made an unexpected return to F1 this weekend as a replacement for Sergio Perez.

“He’s happy to be here and he should be here anyway because I think he still deserves his spot on the grid,” said Verstappen.

However Hulkenberg has been out of action since the end of last season, and admitted he found it physically tough to get back into a Formula 1 car at one of the most demanding circuits on the calendar.

“I could see after the first practice his neck was hanging to one side,” said Verstappen. “He has quite a long neck, so that’s not nice to have in F1. It’s tough, I spoke to him about it back in the day when he was still in F1 full time. He didn’t enjoy that.

“You can train as much as you want, the first time you go in an F1 car with these speeds, especially around here, you will be sore. You can train every day with your neck but the first time it’s always going to be sore so I’m 100% sure when he woke up today he felt it.”

Lewis Hamilton said Hulkenberg “looked like he never left” when he returned to F1 yesterday, but said Silverstone is “definitely not the best one to come to, your first practice, your first race, for the neck.

“Copse is flat-out so it’s a pretty intense combination of corners. So I wouldn’t be surprised if this morning he woke up with quite a few bruises and sore. But he’s generally always been really in good shape.”

“But he is a great driver but if anyone can do it. It will be him, for sure.”