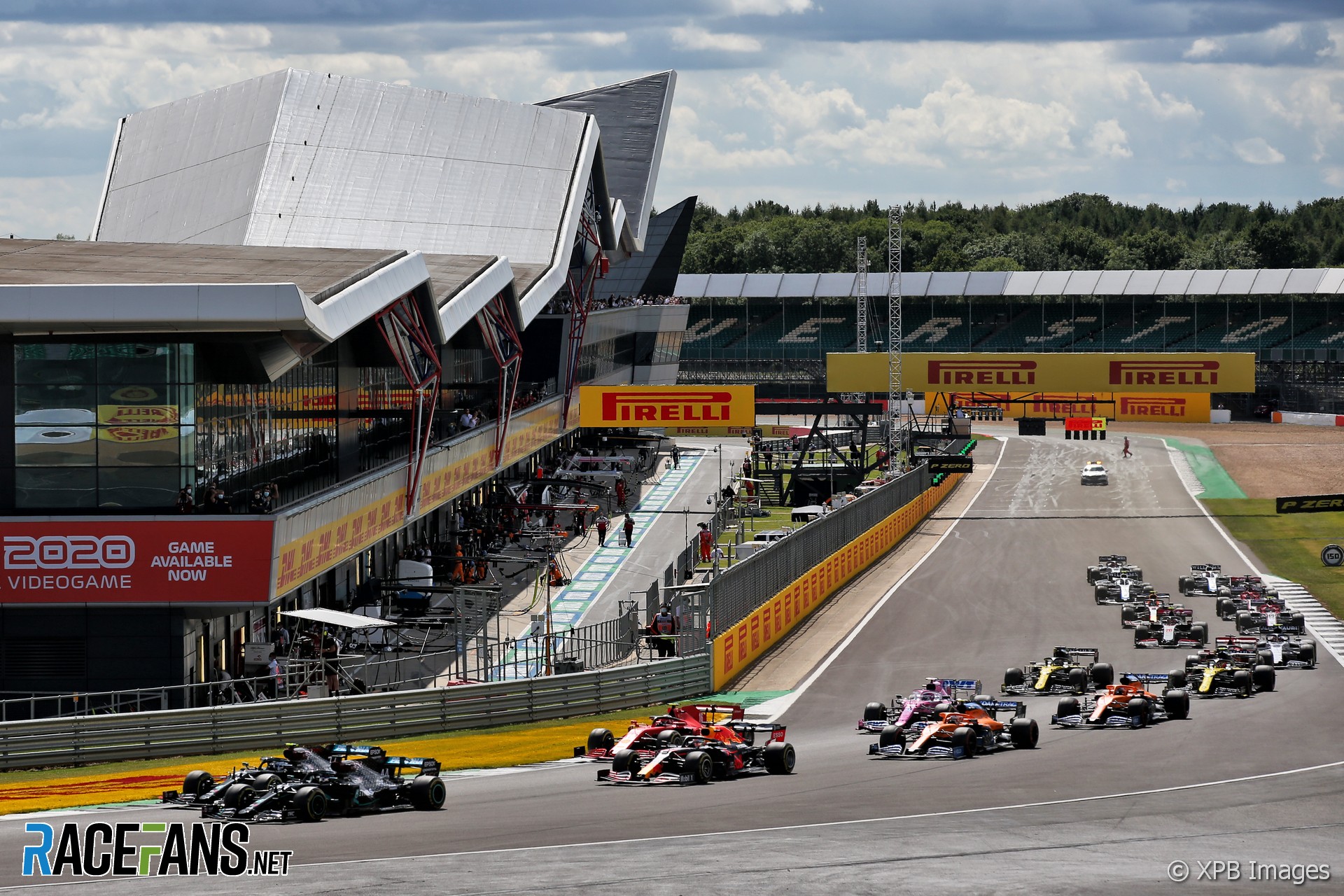 Lewis Hamilton scored a dramatic win in the British Grand Prix as both Mercedes drivers suffered punctures in the final laps.

The world champion’s front-left tyre failed on the final lap of the race, yet he was able to drag his car to the line before he was caught by any of his rivals.

Valtteri Bottas, had been pursuing Hamilton closely, suffered a similar failure a few laps earlier. He was able to pit for fresh rubber, but ended the race out of the points.

Max Verstappen was closing rapidly on Hamilton having pitted for fresh tyres shortly before the end of the race. He grabbed the bonus point for fastest lap, but missed out on a chance of victory by five seconds.

The Mercedes drivers weren’t he only ones to suffer punctures at the end of the race. Carlos Sainz Jnr also had a blow-out in his McLaren.

Those failures helped to promote Charles Leclerc to third place. Daniel Ricciardo passed Lando Norris in the final laps and the pair took the flag fourth and fifth respectively. Esteban Ocon made it a double points finish for Renault in seventh.

Despite colliding with Kevin Magnussen on lap one and collecting a five-second time penalty, Alexander Albon recovered to take eighth behind Pierre Gasly. Lance Stroll, who lost several places in the second half of the race, collected two points for ninth.

The final point went to Sebastian Vettel, who had Bottas breathing down his neck at the end.