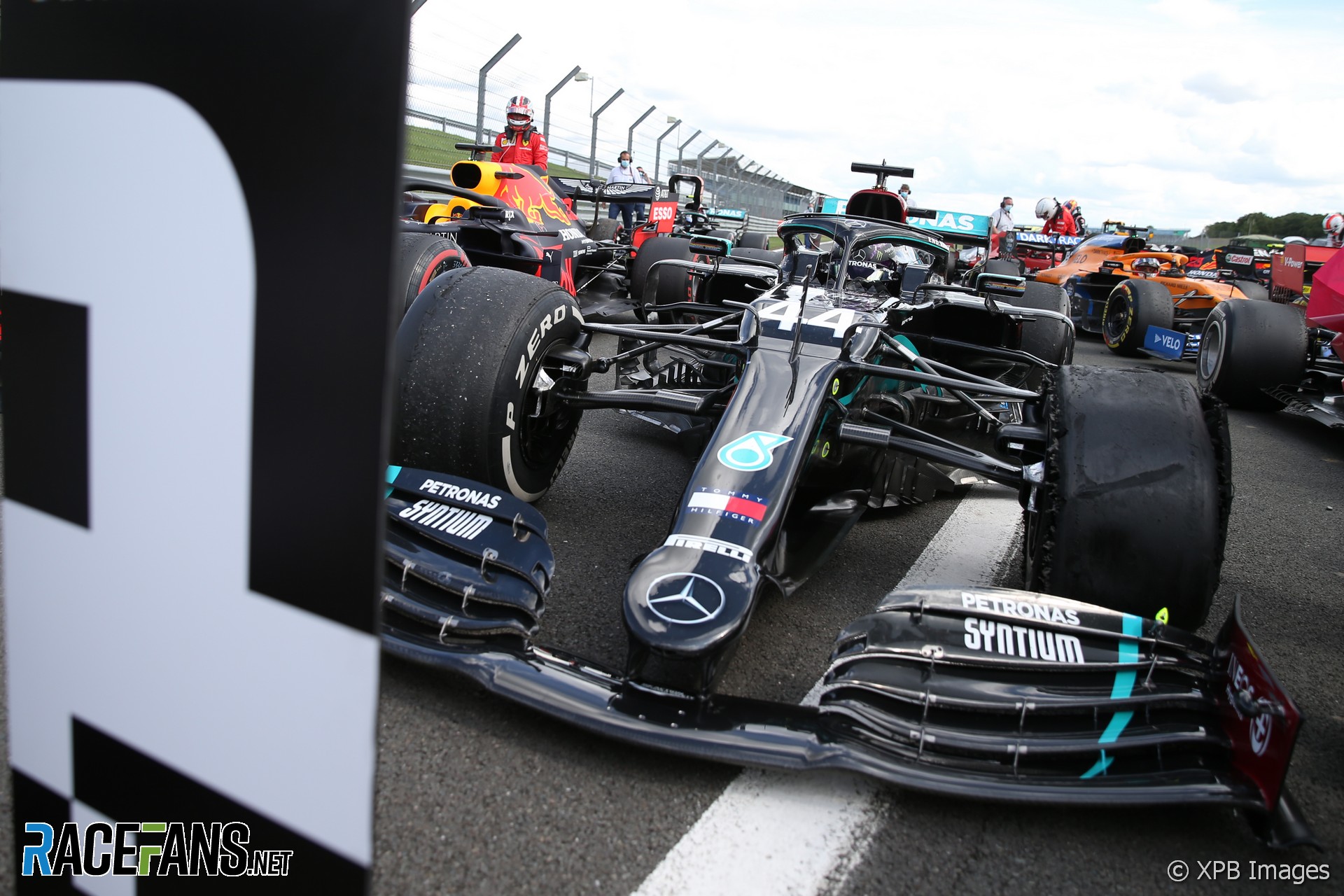 DAS allows the Mercedes drivers to adjust the toe angle of their front wheels while the car is moving. No other team has a similar system on their cars.

However Mercedes were not the only team which experienced punctures at the end of yesterday’s race. Carlos Sainz Jnr also suffered a front-left tyre failure on his McLaren.

“I don’t think that DAS had an influence because we saw the puncture on Sainz’s car as well at the same place,” said Wolff in response to a question from RaceFans.

“The front-left takes the most heavy loads on that track. And we saw blistering on many cars from actually the middle of the stint on the hard. So no relation to DAS.”

Pirelli, the sport’s official tyre supplier, and the FIA are investigating the cause of the punctures which struck at the end of yesterday’s race.

The Mercedes drivers, along with many of their rivals, ran long second stints on the hard tyres during the race. Wolff does not believe they took a risk by doing so, and suggested the failures may have been caused by debris following Kimi Raikkonen’s front wing failure which occured shortly beforehand.

“Pirelli is always very diligent in pointing out and very transparent in pointing out that there could be problems, and it was clear from the beginning there with this generation of cars and the amount of downforce in Silverstone that there could be blistering on the tyre,” said Wolff. “We saw those from the junior formulas. But it’s a very difficult job to produce tyres for cars that generate so much downforce.

“Doing these laps with with the hard was not something which was completely unusual. So we didn’t take any risks.

“But I wouldn’t want to draw any conclusions now to what the reason for the failures was, because as I said before, there was so much debris out on track, looking at Raikkonen on the track at the end. Like with any tyre, if the tyre is worn down any debris will get through through the carcass easier.

“So I think we need to wait for Pirelli’s analysis, and I’m sure they are going to take the right decisions.”

11 comments on “No link between Mercedes’ DAS and tyre failures, says Wolff”