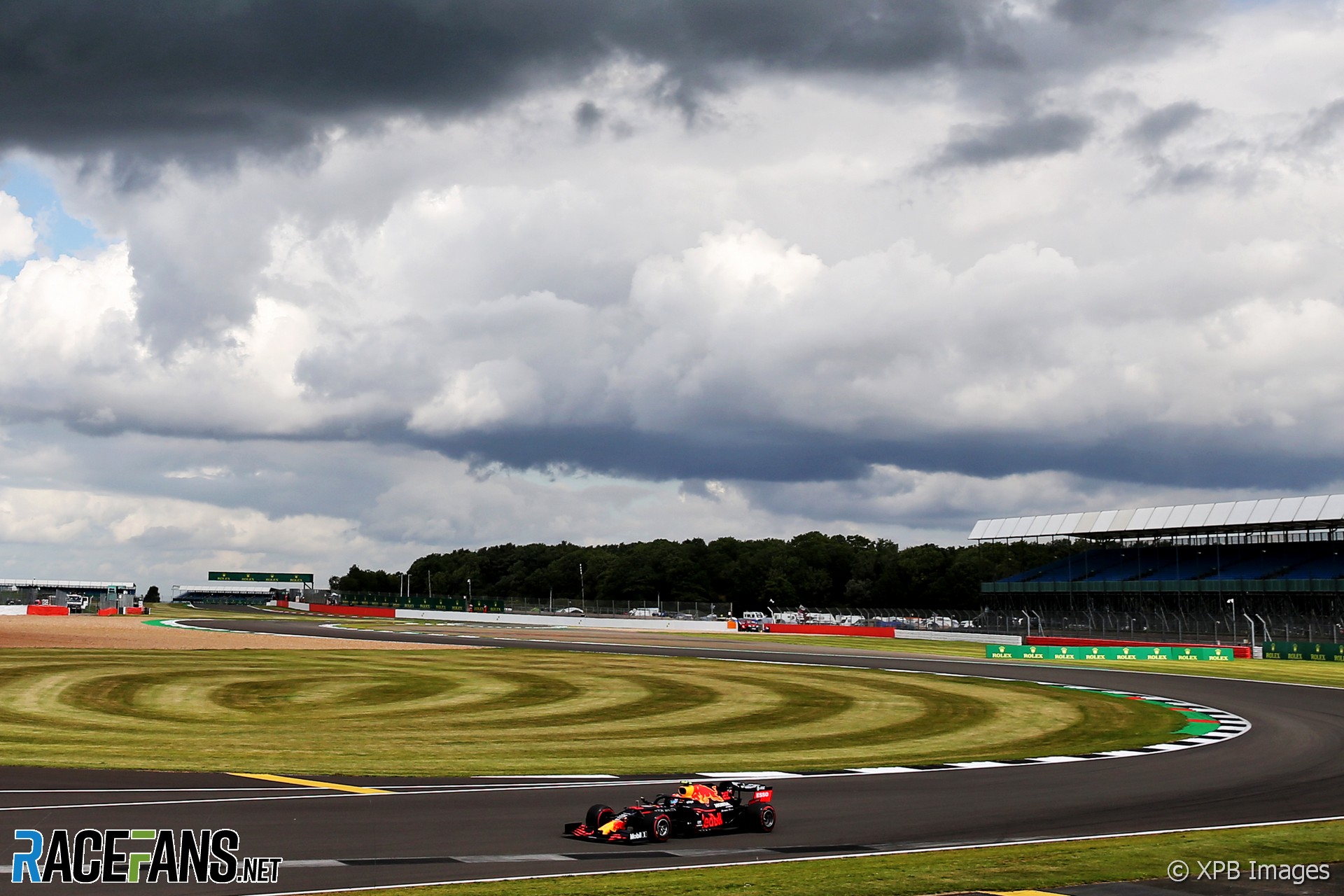 Silverstone is changing a kerb at Becketts which may have contributed to the cuts which were discovered on some tyres during the British Grand Prix weekend.

The exit kerb where turn 13 leads into turn 14 was shortened ahead of last weekend’s event. Several drivers ran wide at the corner and Esteban Ocon suggested that caused an increase in the number of cuts seen on tyres.

The kerb is now being extended and will be closer to its 2019 form for this weekend’s second consecutive race at the track. Pirelli’s head of motorsport Mario Isola confirmed the change for this weekend’s 70th Anniversary Grand Prix when asked by RaceFans.

“Probably some of the cuts that we found on Friday were caused by that and by the fact that some debris was trapped in the kerb obviously some cuts on the tyre,” he said. “They are working around that, it’s a good action, it’s a good idea to have this small modification that is helping the situation.”

Lewis Hamilton, Valtteri Bottas and Carlos Sainz Jnr all suffered front-left tyre failures in the final four laps of the race. Pirelli said the failures were due to the exceptionally high loads Formula 1 cars put upon their tyres last weekend.

Bottas, Ocon, Max Verstappen and Sebastian Vettel all had to replace one of their tyres between qualifying and the race after cuts were discovered on them.

“It was due to cuts that were on the tread, they were quite deep,” Isola explained. “So we declared to the FIA that those four tyres were not safe to run and the FIA authorised the change.

“Cuts have been a topic of the week, I have to say, because of the fact that in some corners the cars are running wider, going somewhere [into] run-off areas and we had some parts of the circuit where the gravel was coming [on].

“The cuts in qualifying were caused, I think, mainly from the gravel that was on-track due to Hamilton. When he spun, it brought a lot of gravel on track and some drivers were running on the gravel. When the tyre is hot it is very soft so that’s why we had some cuts on tyres.”