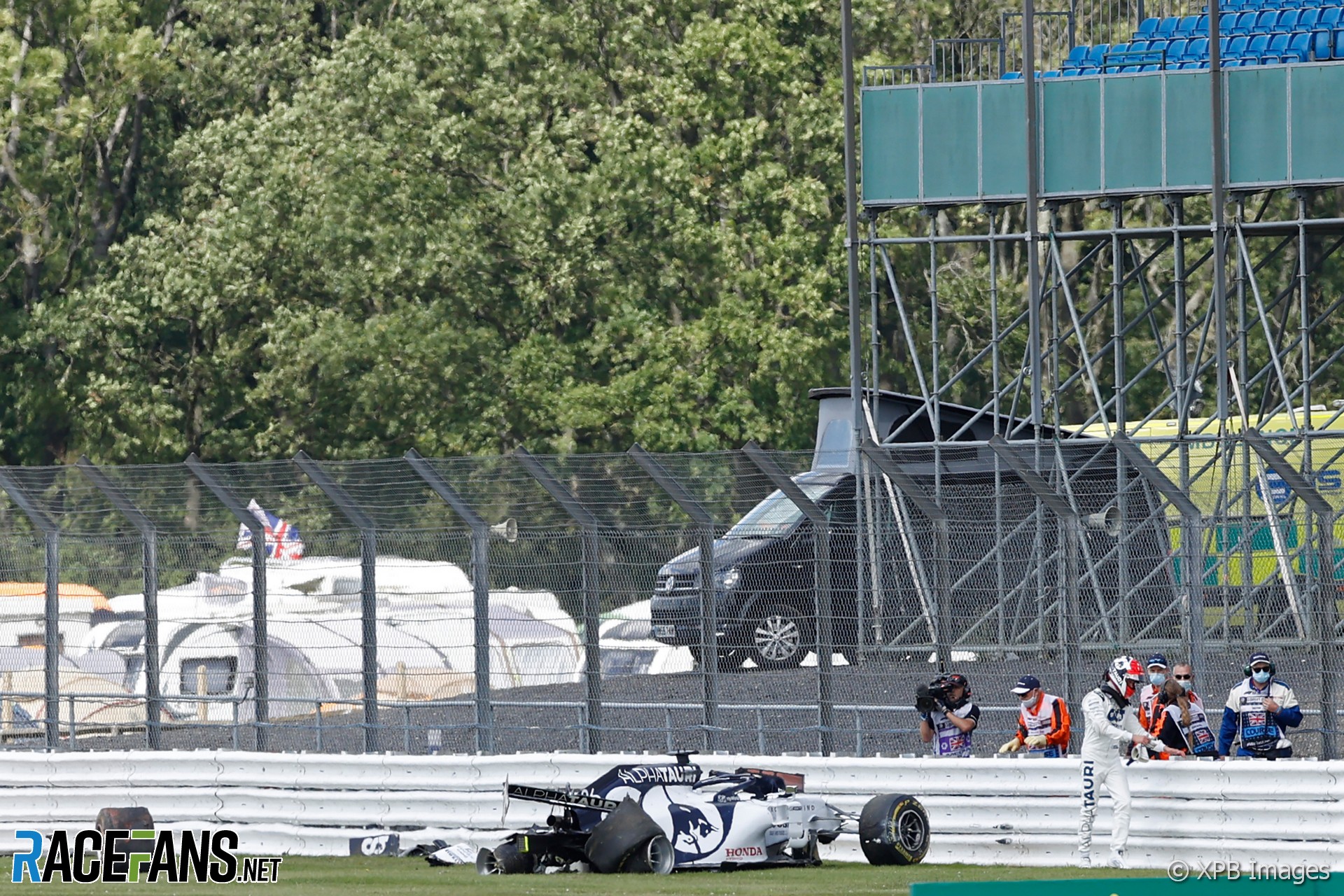 In the round-up: The tyre which caused Daniil Kvyat’s huge crash in the British grand prix has been sent back to Pirelli’s base in Milan for close analysis.

Pirelli’s head of motorsport Mario Isola said Kvyat’s failure, on his right-rear tyre, was not related to the front-left punctures seen on other cars at the end of the race.

About Kvyat’s tyres it is obviously a completely different situation, probably a slow puncture. But again we want to investigate deeply.

The tyre is going to Milan because it was not possible to understand exactly what happened on that tyre. It’s probably something that is not related to the tyre or is a slow puncture.

The most probable conclusion is this one but we want to be 100% sure, that’s why the tyre is going to Milan to perform additional analysis.

Guenther Steiner: "The simulator is a key element. We’re looking right now if we’re going to do some sessions. We all know we have a tight budget and we need to spend our money wisely, but maybe this is one of these things we will be doing. This would be a good investment and a very important thing to do."

"Mahindra team principal Gill will be absent for the season showdown in Berlin as FE will thrash out the remaining six races in just nine days."

With neither of their reserves available this weekend, who would Mercedes pick if they needed a replacement for Lewis Hamilton or Valtteri Bottas?

So it can’t be Vandoorne or Wehrlein due to Formula E, Hulkenberg will be at Racing Point, Button and Di Resta possibly not race fit, Alonso’s probably not an option because he goes to Renault next year and would know too much. They’d probably get Russell in and Williams would get Aitken in if he qualifies. What about Marcus Ericsson? Race fit and less than three years since F1.
Lyle Clarke