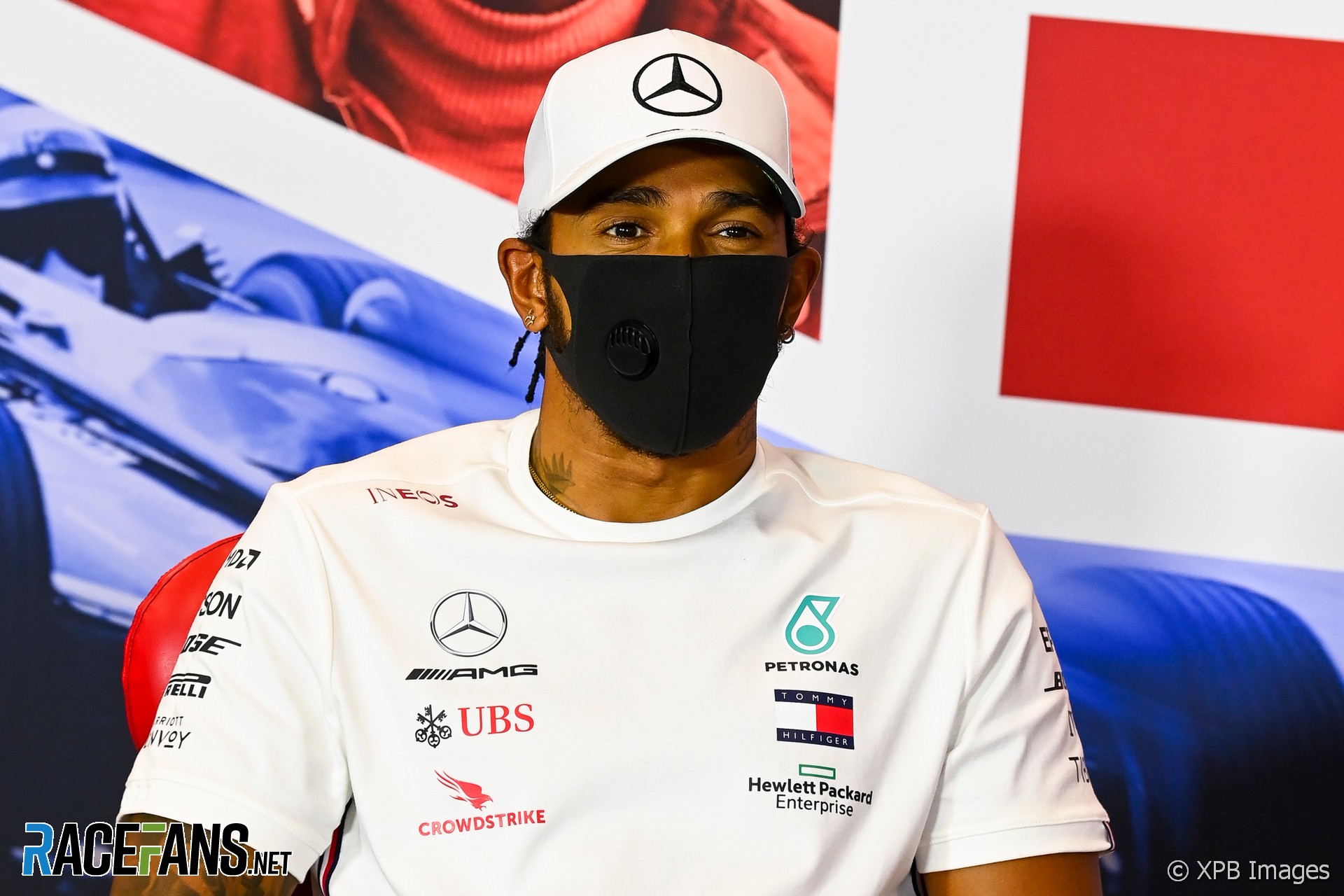 Lewis Hamilton says his contract talks with Mercedes are on hold because it doesn’t feel right to sign a new deal when the pandemic has cost so many people their jobs.

Hamilton and team mate Valtteri Bottas began the season in the final year of their current deals to drive for Mercedes. The team today announced a one-year contract extension for Bottas.

However Hamilton, who earns an estimated $40 million per year at Mercedes, said he doesn’t feel comfortable agreeing a new deal under the current circumstances.

“Ultimately, it just doesn’t feel like the right time to sit – when you think about so many people in the world that have lost their jobs, people that are unemployed – to then sit and negotiate a big contract,” he said in today’s FIA press conference at Silverstone.

“It just doesn’t seem like the most important thing that I need to apply time to right this second.”

Last November Daimler, which owns Mercedes, announced it would make 10,000 job cuts. Since the pandemic hit, media reports in Germany have indicated this figure may rise. Many other companies in a range of industries have announced significant staff cuts as a result of the pandemic.

Hamilton, who said last week he expects to race in F1 for at least another three years, made it clear he intends to continue driving for Mercedes.

“The fact is I do want to continue with the team and it’s not a big effort for us to sit down and get it done,” he said. “It’s just right now I don’t feel comfortable with it and so I’m going to wait a little bit longer.

“I’m not talking to anybody else and I’m looking forward to continue, particularly as we’ve just started a new chapter as a team in terms of how we educate ourselves, how we understand what we’re going to do to help be more diverse moving forward and more inclusive.

“I’m super-excited what what’s possible to do with Mercedes-Benz and this team moving forwards and so at some stage it will get done. I’m not stressed.”

Sebastian Vettel, who is without a seat for the 2021 F1 season, said he does not expect Hamilton will leave a vacancy for him at Mercedes.

“I think he wants to continue,” said Vettel. “I don’t know, I haven’t really spoken with him about it, but I’d be surprised if he wasn’t continuing.

“But I don’t think there’s a rush as well. Obviously if he’s staying then he’s staying with Mercedes and if not, I guess he quits. But as I said, I don’t see that as an option.”

Bottas said his contract negotiations “went pretty smooth” and would have been concluded earlier if the pandemic hadn’t disrupted the start of the championship.

“Obviously it’s a special circumstances and we kind of agreed before we knew how the season was going to be that we would hopefully get something done by, let’s say, June. But of course we didn’t race even before June.

“So we just said let’s wait and see, let’s focus on the first few races and eventually speak. And then it just came really naturally and it was not really that tricky.”

Last year Bottas described the ongoing uncertainty over his contract as a distraction from his championship campaign. He said today he was pleased to agree terms just four races into 2020.

“We could agree things pretty easily and smoothly and there was no outside distraction either,” he said. “So it was good.

“It definitely didn’t hurt my performance at any of these first few races, it was not on my mind. So that’s how it should be done.”