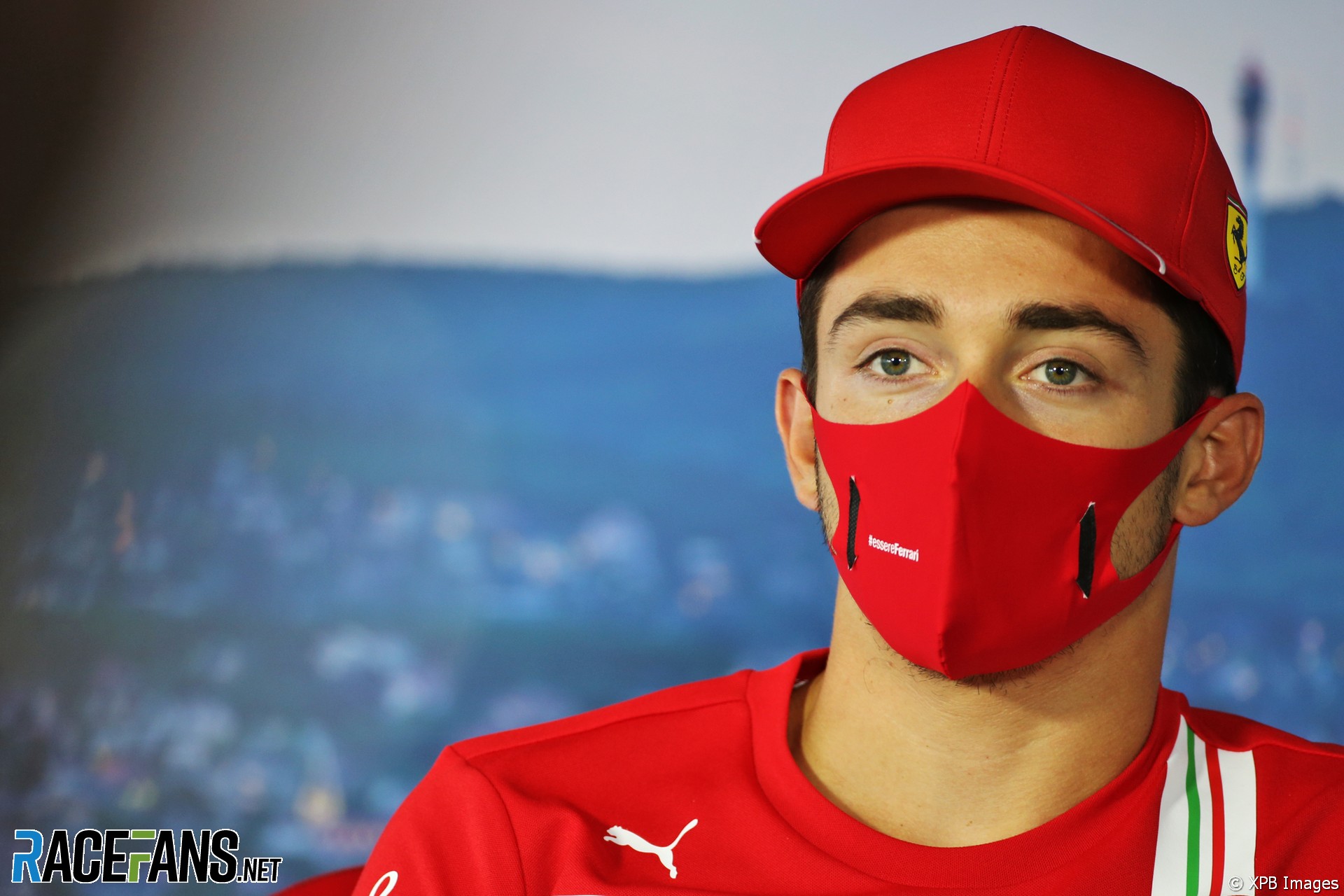 Charles Leclerc has hit back strongly against “disgusting” accusations of racism which he says have been made against him on social media.

Leclerc said he has been the focus of criticism as he is among a group of drivers who have not joined the majority of their rivals in ‘taking a knee’ before the start of races.

“It is very sad to see how some people manipulate my words to make headlines making me sound like a racist,” he stated on social media. “I am not racist and I absolutely hate racism. Racism is disgusting.

“Stop putting me in the same group as these disgusting people that are discriminating others because of their skin colour, religion or gender. I’m not part of them and I never will. I’ve always been respectful to everyone and that should be the standard in today’s world.

“And to whoever is using my image to promote their wrong ideas, please stop. I’m not into politics and I don’t want to be involved in that.”

Speaking in today’s FIA press conference, Leclerc said he wrote the posts “because I just don’t want to be judged any more.

“As I’ve said many times I’m quite active on social media and I just do not accept to be called the way I’ve been called in the last few weeks, negatively obviously, just because of not kneeling. I just wanted to make a straightforward Tweet just to express my feelings and that’s it.”

At last weekend’s British Grand Prix Kevin Magnussen, who previously joined other drivers in taking a knee, chose not to. He said he wanted to distance himself from the Black Lives Matter movement.

“I want to make sure that with the messaging of ending racism that I support that movement and not any sort of political organisation that I think the Black Lives Matter movement is,” he said.

“So I kind of just want to separate myself from that and then push on with the ‘ending racism’ and that messaging, which I think is great that Formula 1 is doing and that all of the drivers are supporting. So I’m just joining that. That’s what I said before the second Austrian Grand Prix and that’s the way I’ll continue to do.”

Lewis Hamilton, who has championed the Black Lives Matter cause within Formula 1, said he does not believe discussions over whether drivers do or do not take the knee have been a distraction from the drivers’ stance against racism.

“But I’d like to think that just that we’re doing something and we are together in it is the most important thing.

However he said not everyone appreciates the significance of the gesture of taking a knee. “I think it is ultimately down to personal choice and you can’t force people into doing things.

“But I think it is a time where we can continue to educate each other and help people to understand what that symbol actually means. Because I think there’s a lot of people that don’t really know what it means and I think that’s something we’ll all learn.”