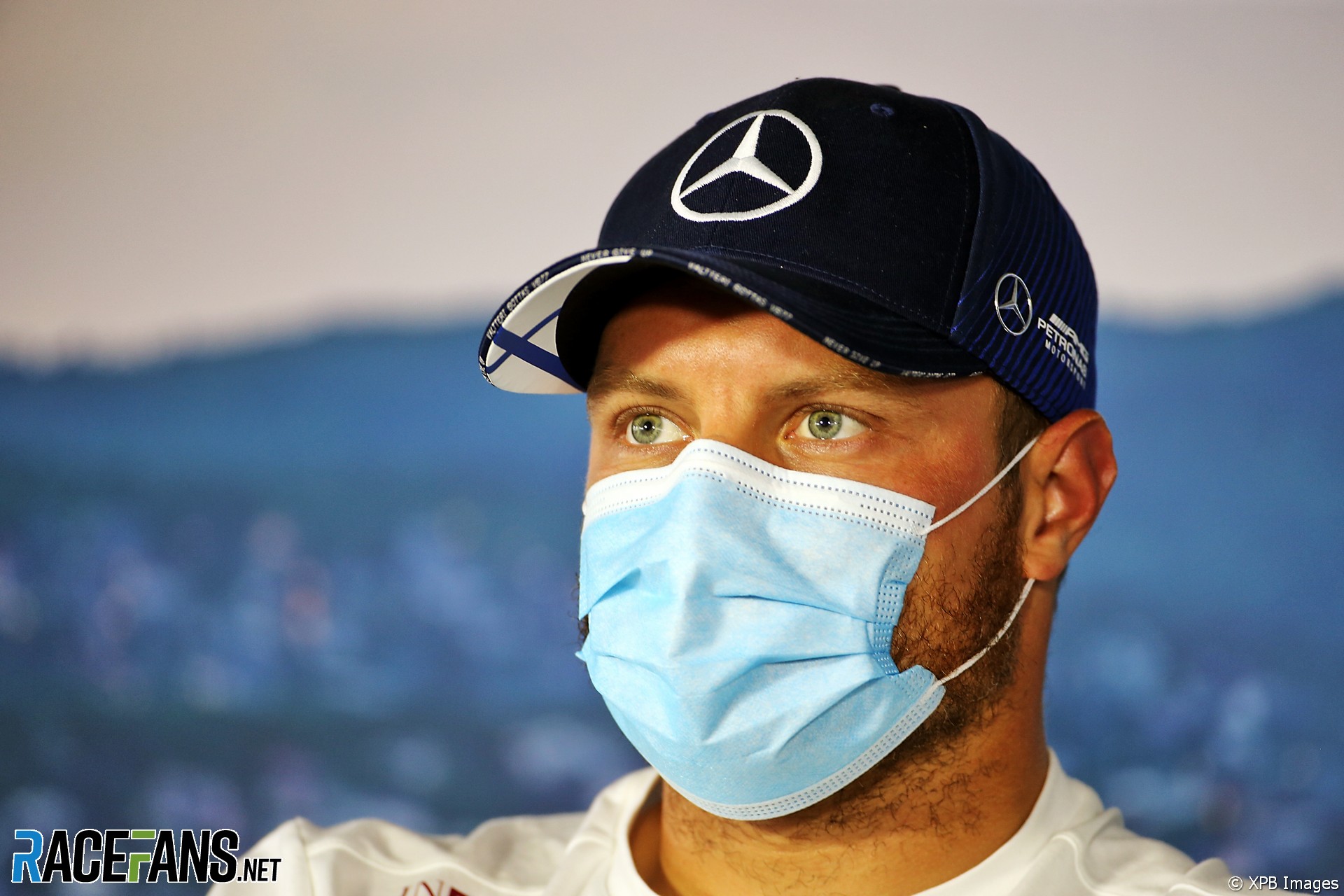 Valtteri Bottas will continue to race for Mercedes in 2021, the team has announced.

Team principal Toto Wolff said “we’re seeing the strongest Valtteri we’ve ever seen this year – in terms of his on-track performance, but also physically and mentally.

“He is second in the championship, finished the last season in second and plays a very important part in our overall team performance.”

Mercedes is yet to confirm whether Lewis Hamilton will continue to drive for them next year. Wolff he and Bottas are “the strongest driver pairing in F1 today”.

“Signing Valtteri is an important first step in retaining this strength for the future,” he added. “Valtteri is a hard-working, straightforward guy who has a good relationship with the entire team – including his team mate, which is not a given when both drivers are fighting for the championship.”

Bottas joined the team from Williams in 2017, following Nico Rosberg’s sudden retirement after winning the title the previous season.

“The past few years have been all about continuous improvement, working on every aspect of my performance,” said Bottas. “I’m confident that today I’m the strongest I’ve ever been, but I can always raise the bar.

“Mercedes embraces the same philosophy: They always want to get better and are always hungry for more.

“Ever since I fell in love with F1 as a kid it’s been my dream to one day become world champion. I’m in the fight for the title this year and staying with Mercedes puts me in the best possible position to compete for it next season as well.”