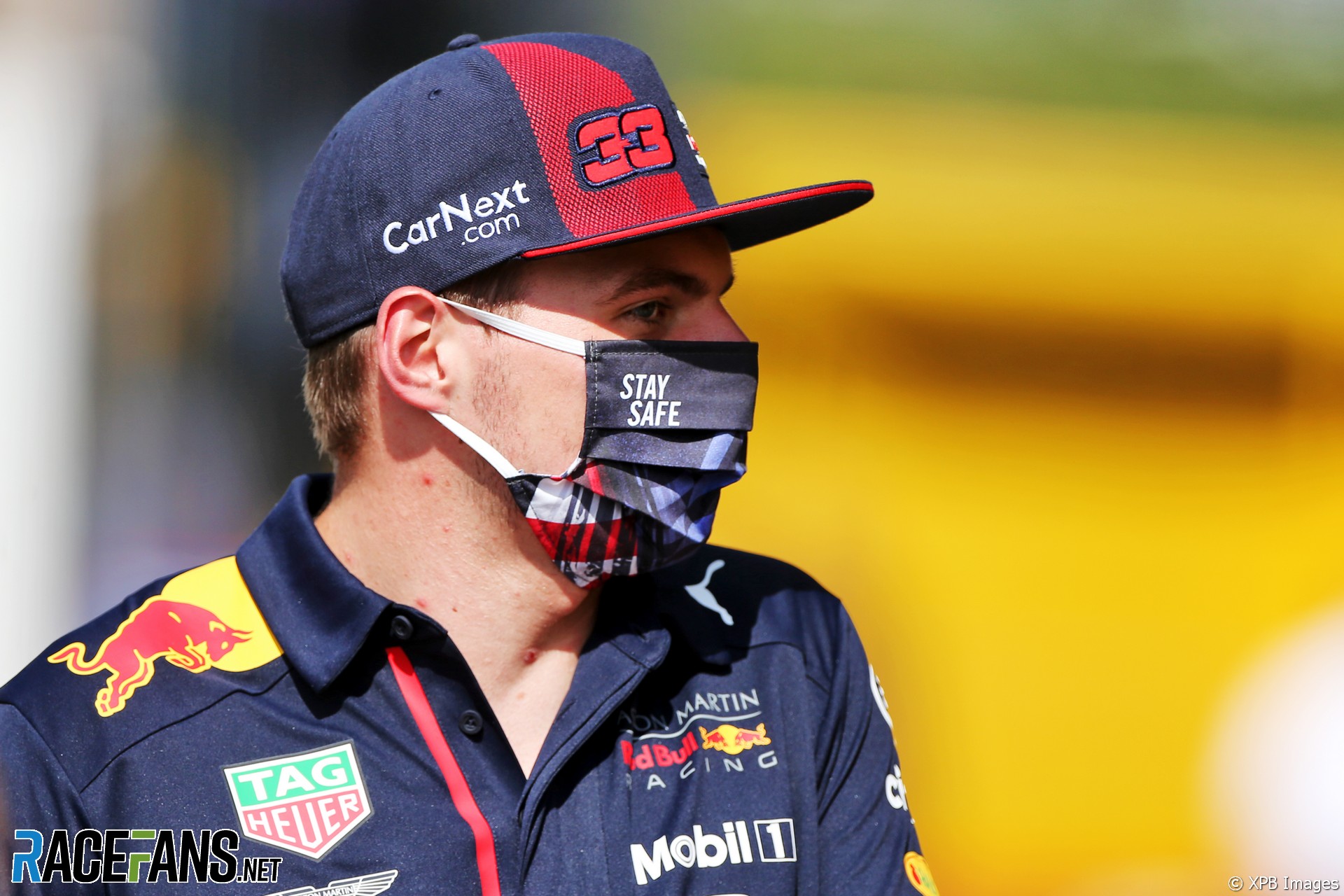 The championship will return to the track, which last held a grand prix in 2006, for the Emilia-Romagna Grand Prix later this year. The event will be run over two days instead of three.

Instead of the usual three sessions totalling four hours of running, driver will have just 90 minutes of practice on Saturday before qualifying. Verstappen isn’t impressed with the plan.

“If we would have had it on a track which we know and we have been driving with the cars we have nowadays, I think it’s not a problem at all,” he said.

“But when you go to a new track and only have one session… At the end it’s the same for everyone so there is no problem with that but I think it’s just a bit wrong. Give us two sessions to just sort a few things out, just make sure everything is working well, instead of just one.

“The two-day format, I don’t really care, but then give us two practice sessions. Even it’s better to do two one-hour session than one one-and-a-half. So I think it’s a bit stupid.”

The Red Bull driver last raced at the circuit in 2014. “I’m very excited to go racing there,” he said, “I just think it’s a bit wrong how they did it. It’s a shame. It’s a great track.”

Verstappen’s team mate Alexander Albon queried why the shortened race format is being used for a race at a track the series hasn’t visited recently, when the championship is holding back-to-back three-day events at other tracks such as Silverstone.

“It would to me make a bit more sense to do a two-day event on a track like this where we’ve done a double-header,” he said. “We don’t really need to do three days at the same circuit.

“I think it would have been a good idea to test it out now and give us three days in Imola.”

However Ferrari’s Sebastian Vettel has no concerns over the shortened race weekend format.

“It is what it is,” he said. “I’ve have actually been there but I’ve never driven there. I guess we all get the same amount of time to get into a rhythm and head into quali. It should be exciting.”