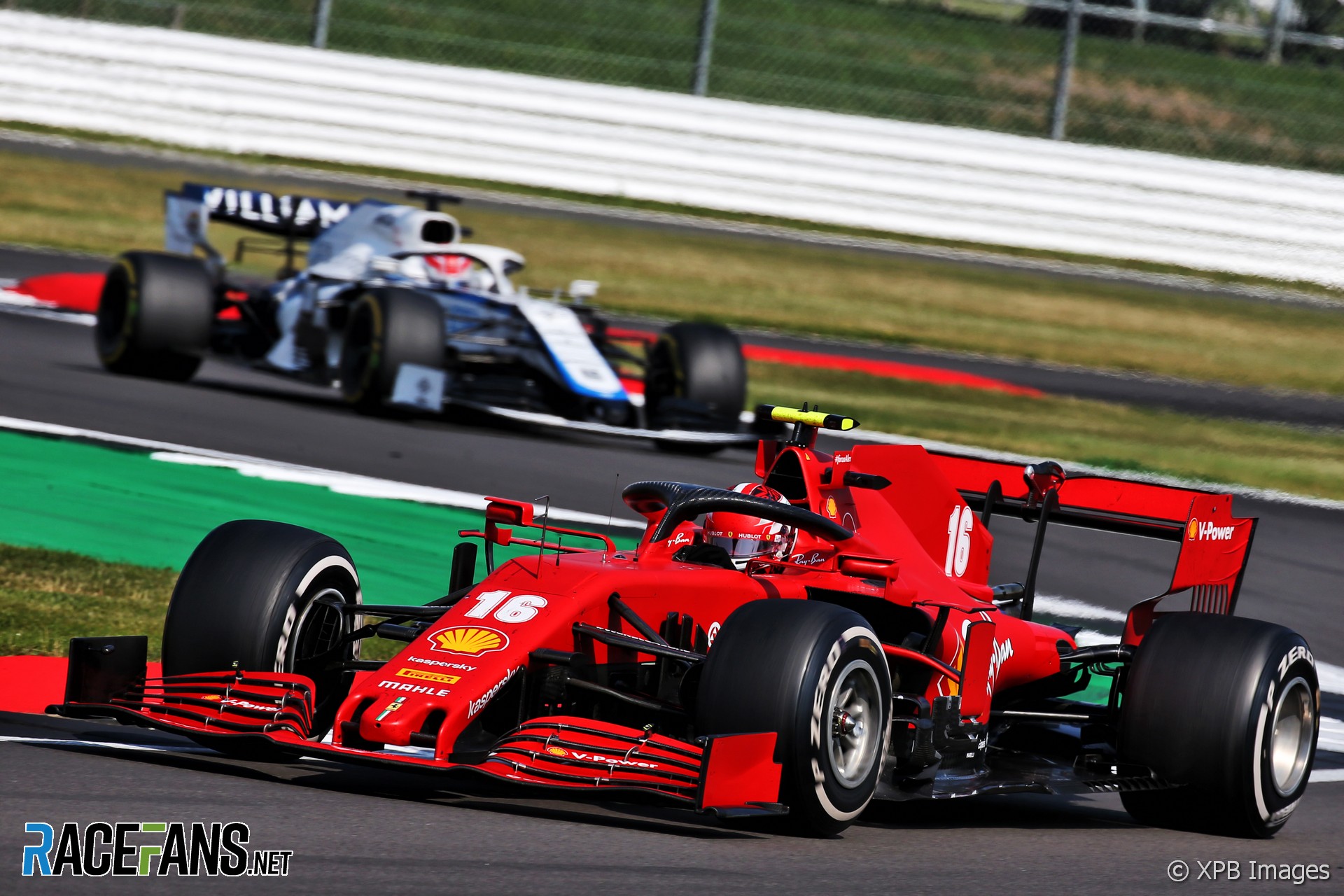 Charles Leclerc said he insisted on the one-stop strategy which help him finish fourth in the 70th Anniversary Grand Prix.

Before the race many drivers predicted a one-stop strategy would be impossible due to the high levels of tyre degradation. Leclerc was one of only three drivers to achieve it, along with Esteban Ocon and Kimi Raikkonen.

Leclerc rose from eighth on the grid to finish fourth thanks to his strategy. He admitted after the race he was surprised how strong his car’s pace was.

“I’m impressed by the pace, to be honest,” said Leclerc. “I just don’t understand where did we find that pace.

“It’s a good surprise. This morning I would have signed straight away if you would have told me that I would finish eighth. I’m very happy.”

He revealed the team were concerned that attempting a one-stop strategy would put them at risk of the kind of failures seen in last weekend’s race.

“I insisted quite a lot this morning with the team to try and make this one-stop strategy work,” he said. “I think the team must be scared which is obviously understandable considering what happened last week. But I was pretty confident I could make that work.

“I pushed again on radio during the race ‘Plan C’, ‘Plan C’ to try and do this one-stop strategy that we managed to make it work and finish fourth. So I’m extremely happy about today.”

Leclerc said managing his tyres has previously been a weakness of his which he is trying to improve.

“Sometimes the driver has feelings in the car that in data you don’t really see and I just had that feeling that I could make this work and I made my point,” he said.

“But I’m especially happy because all last year I knew that my weakest point was tyre management in the race. I worked very hard for that and to see the results on track this year with the tyre management and my race pace in general, I’m very, very satisfied with this.”