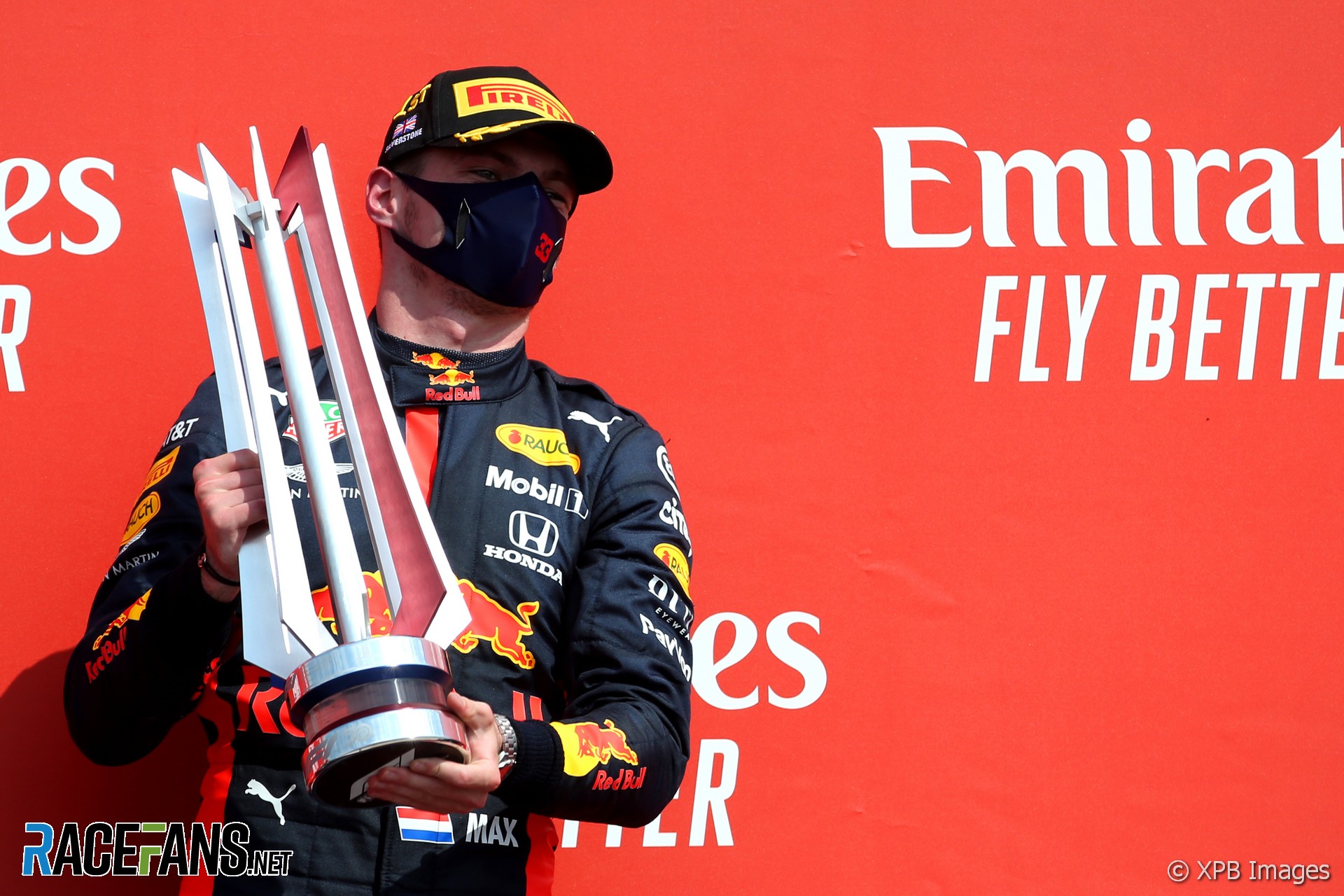 Max Verstappen says the softer tyres Pirelli brought for this weekend’s race were key to his victory in today’s 70th Anniversary Grand Prix.

However he doubts Red Bull will be as competitive again in races where where the tyre selection is more “conservative”.

For its second race at Silverstone in as many weekends, Formula 1 opted to use tyres which were one stage softer than last week. While Mercedes struggled with blistering in the race, Red Bull advanced and Verstappen scored his first victory of the year.

But he said his victory does not indicate Red Bull will be more competitive in races where more typical tyre selections are made.

“I think to fully close that gap will be very hard,” he said. “Just today we were very good on tyres and then you can push a lot harder on them.

“Especially when we go back to conservative tyres everywhere, because basically I think most of the tracks we go to we’re just doing a one-stop, I think it will be a bit harder for us because then nobody really has blistering that severe, you don’t need to manage as much as we did today.

“We’ll see. Like I’ve said before, let’s just enjoy today and then we’ll see again in Barcelona where we are.”

Verstappen said he does not plan to begin lobbying Pirelli to bring softer compounds to future races.

“But today we had a good race, so who knows, maybe it’s the tyres. We had a good day so we just need to be happy about today.

“But then also be realistic again. We’re still lacking pace in qualifying quite a bit. So we need to solve that first as well.

“Of course, we go back to harder tyres in Barcelona. We saw last week that on those harder tyres we are still quite a bit off. I don’t expect any miracles there. I know it’s a hard track on tyres, but with these hard tyres you can push quite a bit harder than what we have done today.

“I think in general it’s more about doing a one-stop is not very exciting. So if we find a way of doing two stops with of course nice tyres as well… I think in general nobody likes managing tyres throughout the race, we want to push, that would be great.”