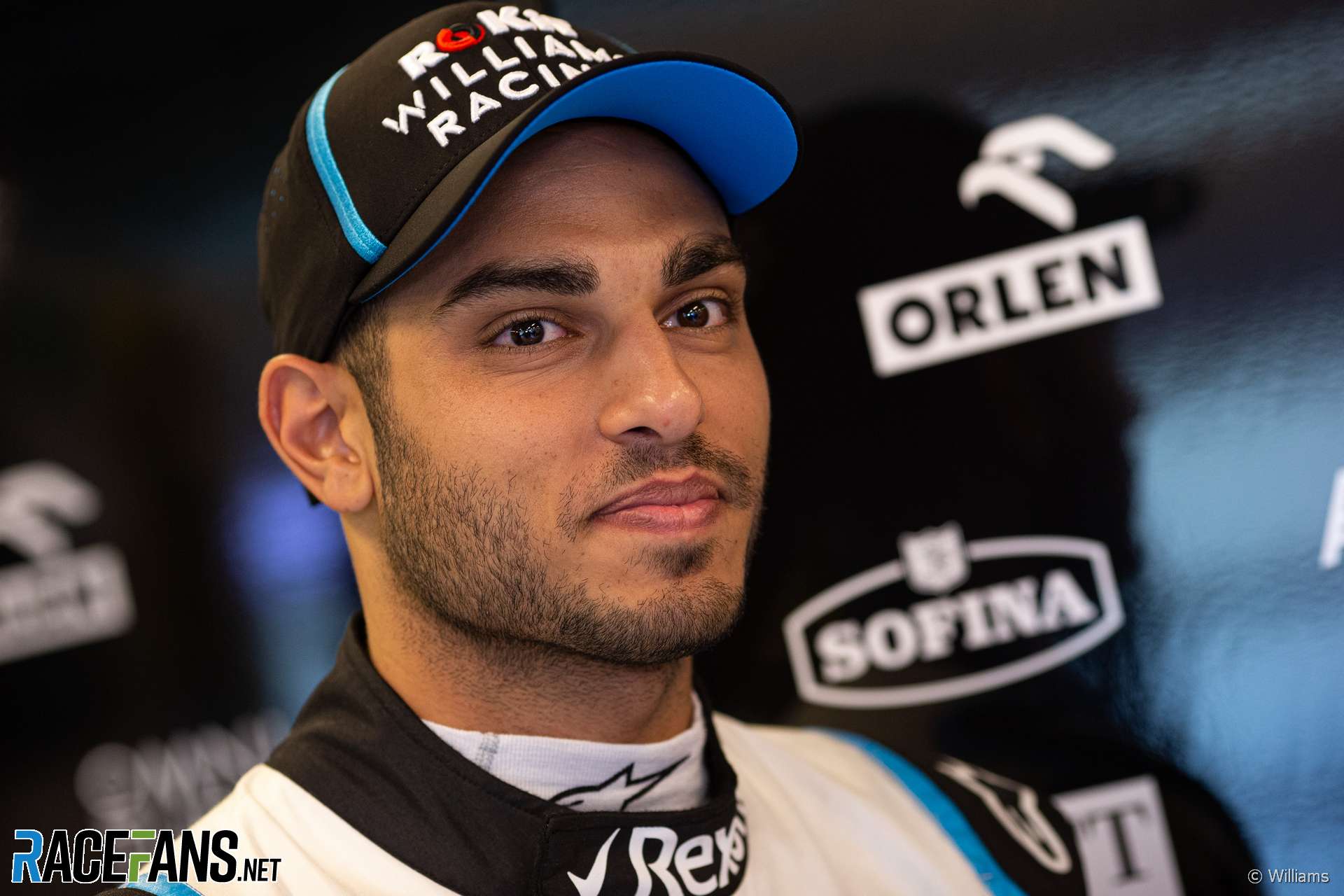 Roy Nissany will make his debut in an official Formula 1 practice session for Williams this weekend.

The Formula 2 racer will take over George Russell’s car for the first practice session at the Circuit de Catalunya on Friday.

“I am very keen to get in the car in Barcelona,” he said. “Driving in first practice for the first time is a huge milestone for every driver.”

Williams intend it to be his first of three outings in the FW43. Nissany’s car will carry the logos of backer Start-up Isreal. “For me it is also a national achievement to be carrying the Israeli flag,” he said. “I have thoroughly been preparing for it with the team and I believe we can get great value out of it.”

Nissany will be the second Israeli driver to participate in an official Formula 1 practice session since the world championship began. The other was his father Chanoch, who drove for Minardi in a practice session at the Hungarian Grand Prix 15 years ago, and lapped over seven seconds off the pace.

The younger Nissany won races in the now-defunct Formula V8 3.5 championship. He lies 18th in the Formula 2 standings at present with one point. He tested for Williams at the end of last year, but was more than three seconds slower than the team’s current drivers Russell and Nicholas Latifi over the two days.