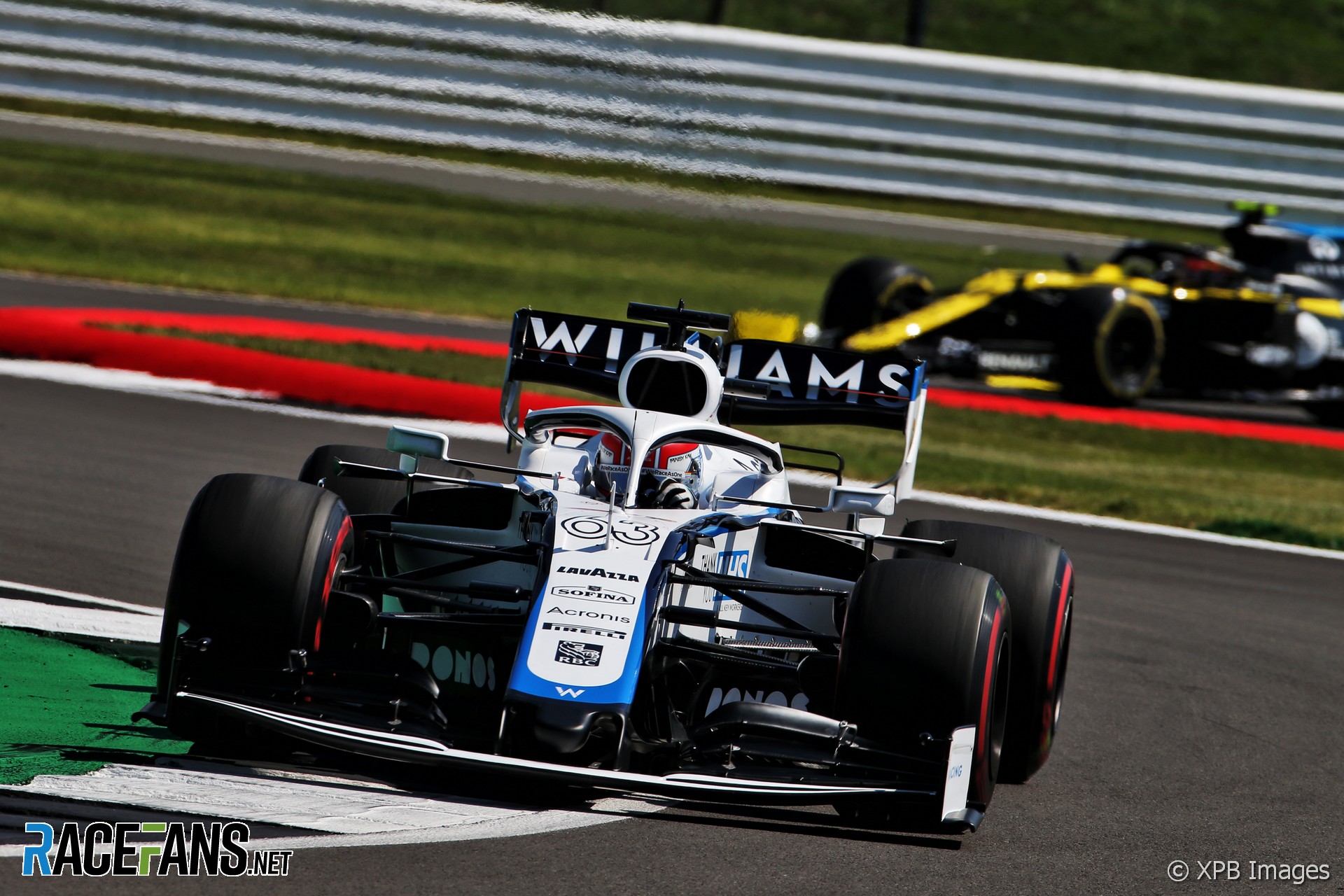 Williams expects its drivers will be able to compete for points “on merit” in the near future thanks to the progress it has made with its car.

After the first five races, Williams remain the only team yet to score a point. Nicholas Latifi’s 11th place in the Austrian Grand Prix is their best finish to date.

Williams scored a single point during its troubled 2019 campaign, when Robert Kubica was promoted to 10th place in Germany after both Alfa Romeo drivers were penalised.

The team’s head of vehicle performance Dave Robson believes the gains it has made since then will put them in contention for top 10 finishes this year.

“It’s nice that we’re racing, we’re close to at least a couple of teams,” he said. “I think the next gaggle of cars ahead of us and the Haas are all quite close to one another. They’re that little bit far away at the moment.

“But if we can close that gap, then there are potentially points to be had purely on merit rather than at the moment relying on a lot of other people’s misfortune.”

Robson described how the team has reorganised the development programme for its car due to F1’s revised and condensed 2020 race schedule, and taken advantage of the unique opportunity offered by ‘double-header’ rounds.

“The development of the car is going quite well,” he said. “There’s quite a lot in the pipeline.

“Most of what we’ve brought over the last few events say is generally working as we’d expected which is a really good sign, hopefully one that is quite different to 12 months ago.

“Fitting that development within the intense race programme is difficult because a lot of manufacturing is dedicated just to supply bits to keep us going.

“The back-to-back races we’ve had are actually quite useful opportunity, here [Silverstone] and in Austria, to kind of get some clear data and test some new things that you wouldn’t normally have a chance to. Obviously, all the teams have that opportunity, but actually that has helped us early in the season, having those two opportunities.

“So although racing has been quite intense in terms of the frequency of the races. I think actually the testing has worked quite well within that.”

“Hopefully the homework we’ve done the last couple of months will now pay off and come to fruition in the coming races,” Robson added. “But we can combine them, combine the two, racing part and developing the car. I think this car it’s quite good. It is better than last year’s. We’ve got something to work with.”