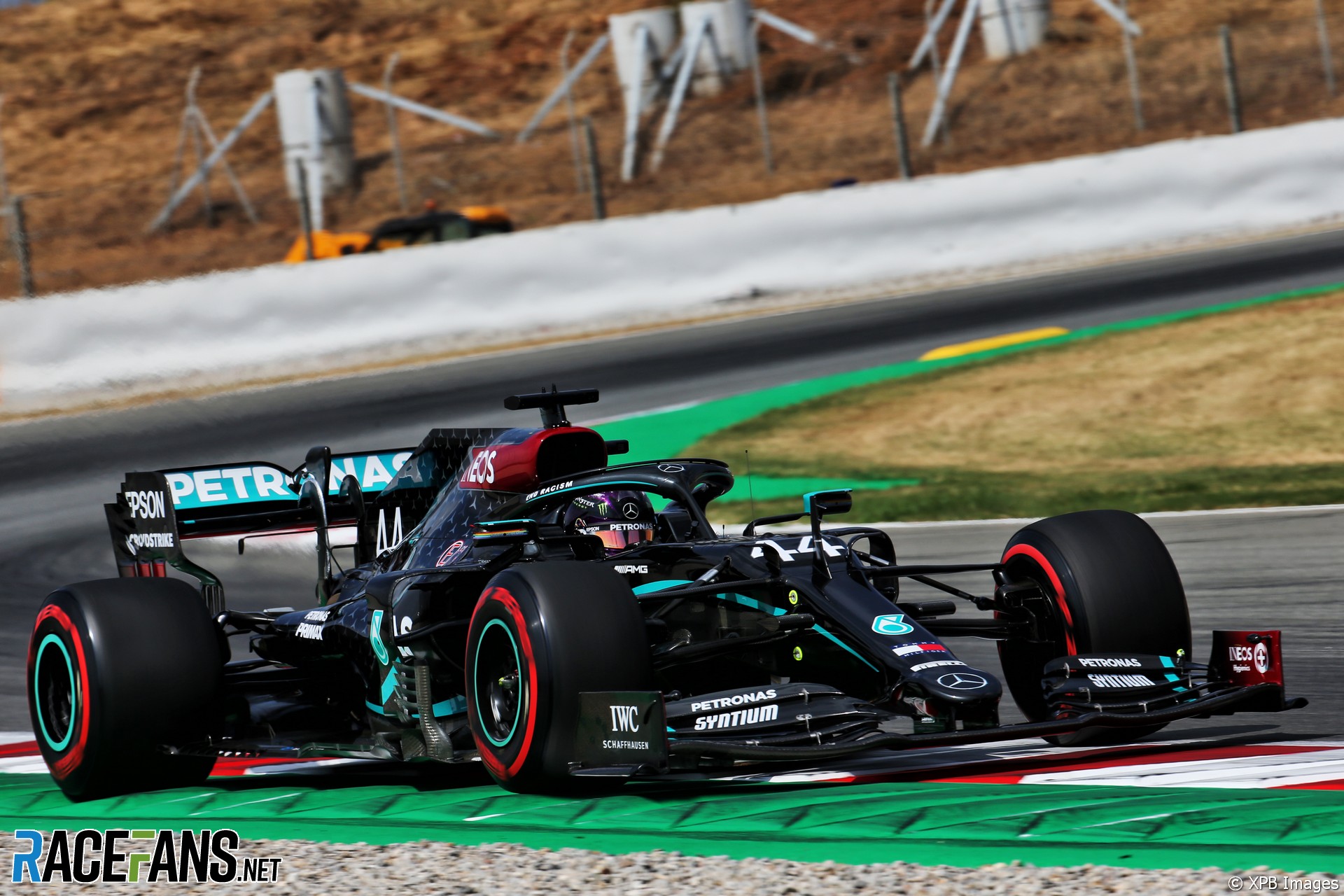 Lewis Hamilton and Valtteri Bottas formed the usual Mercedes one-two in second practice, and were followed by drivers from six different teams.

In punishingly hot conditions, with track temperatures nudging 50C, Hamilton set a 1’16.883 on his soft tyres to head the session, a tenth of a second off the best time seen in the cooler temperatures earlier in the day. Bottas was nearly three-tenths of a second behind, both Mercedes drivers running very slow laps to cool their soft rubber between runs.

As in first practice, Max Verstappen was their closest challenger, though he was over eight-tenths of a second slower. The Red Bull driver led a six-car string behind the Mercedes pair, beginning with his former team mate Daniel Ricciardo’s Renault a tenth of a second behind.

There was a bigger gap back to the next car which, surprisingly, belonged to Romain Grosjean. Sixth place in the first session had been a strong result for the Haas driver, but he went one better later in the day.

The VF-10 apparently thrived in the hotter weather, so much so that the Ferrari customer pipped Charles Leclerc in the works team’s fastest car by a hundredth of a second. However Grosjean reported a loss of power near the end of the session.

Carlos Sainz Jnr continued the run of different cars in his McLaren, after being warned by race control to stop using the old section of track at the end of the lap to bypass the chicane. The quickest Racing Point belonged to Sergio Perez in eighth place.

Behind Esteban Ocon’s Renault, Pierre Gasly made it eight different cars in the top 10, though was unhappy with his team’s attempts to arrange the positioning of their cars on the track. The middle of the pack was extremely close: Less than four-tenths of a second covered fifth to 14th.

The two teams which didn’t get a car in the top 10 were Alfa Romeo and Williams, the latter occupying the bottom two places, with George Russell last after sitting out the morning session.