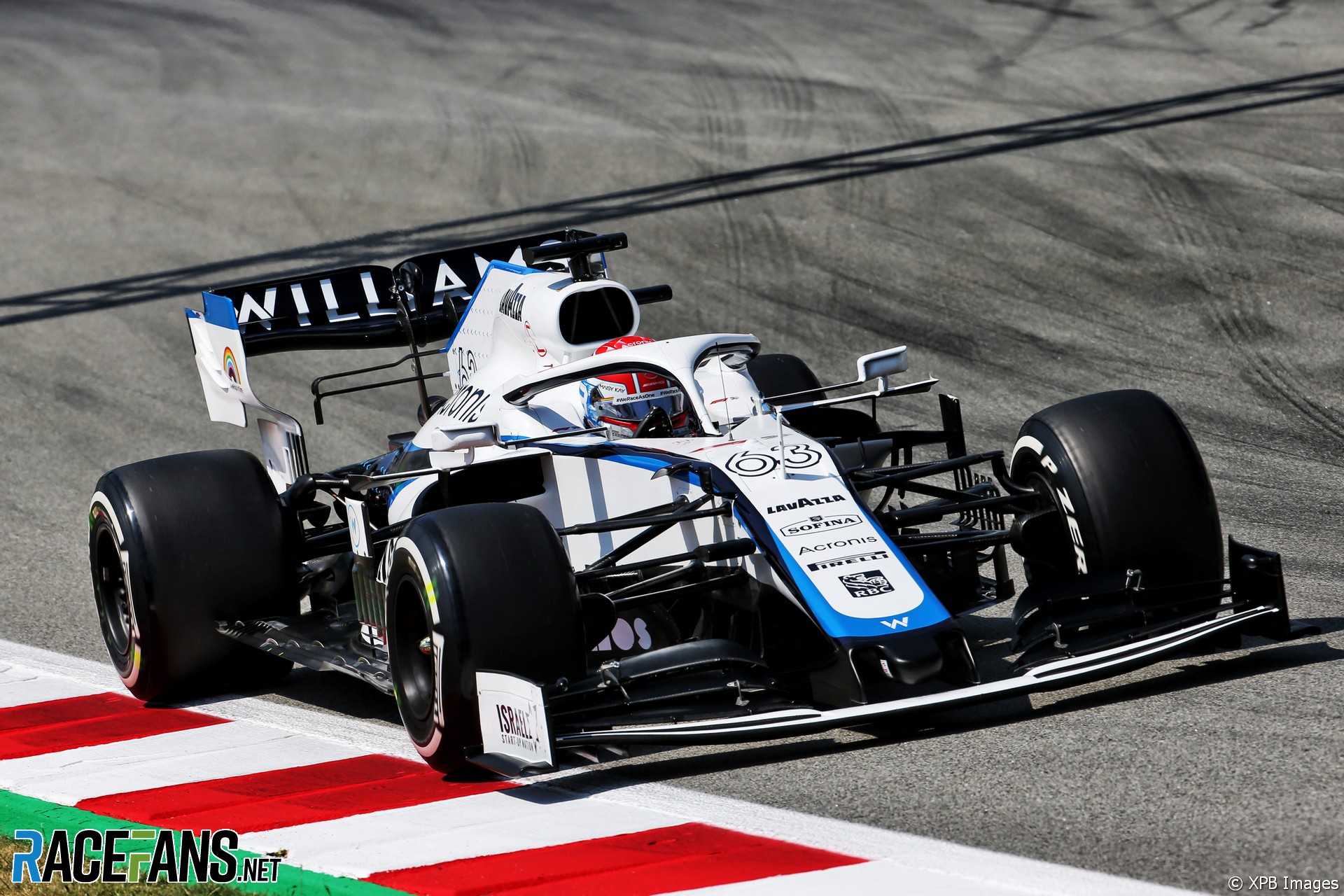 There was a consistent theme among the drivers following two hot practice sessions at the Circuit de Catalunya: Pirelli’s hardest tyre compound is suffering most from the heat.

Lando Norris described them as “garbage”, adding “I feel like I would have more grip on the wets right now.”

“I think it’s similar for everyone,” he continued, “any time anyone was on the hard tyre they looked awful, and they went on the medium or the soft and improved massively. So I don’t think it’s just us.”

The Spanish Grand Prix is being held three months later than usual. In the summer heat, track temperatures nudged 50C on Friday and similar conditions are expected over the coming days.

George Russell concurred with Norris’s assessment of how the hard compound was performing in the heat and, if anything, went even further than his rival. “It’s absolutely garbage,” said the Williams driver. “It was horrific.”

He believes the hard tyre compound is so poor drivers may have to avoid the typical strategy of starting on the medium compound and making a single pit stop for hard tyres.

“It’s going to be weird because ordinarily, if you want to make a one-stop work you’d say, medium-hard. But the hard was so rubbish I think it’s a better tyre to go onto the soft tyre. So probably a two-stop: soft-medium-medium, or soft-medium-soft is going to be better than putting that hard on because it deserves no place on a Formula 1 car.”

Pirelli’s numbers back up Russell’s reasoning. According to the sport’s official tyre supplier, the hard tyre is over a second per lap slower than the medium, while the soft offers a 0.7 second lap time gain over the middle compound.

If those figures are seen on Sunday – and they may change as more rubber is laid on the track – it could encourage teams to opt for two-stop strategies.

“One second in Barcelona, considering that there is 66 laps, is quite a big delta,” said Pirelli’s head of motorsport and F1 Mario Isola. “I cannot exclude that somebody will try to qualify with a medium, it makes sense that when the car is heavy to have a consistent tyre and today the medium was, I would say the best one as a compromise between grip and consistency.

“But then somebody could try to use the soft for one stint of the race. The one-stop strategy is marginal, it’s at the limit. We saw that also last year but we can confirm that this year. So if teams are targeting a two-stop strategy, it can be also using the soft and the medium: Two soft and one medium or two medium and one soft.”

Other drivers were less trenchant in their criticism of the rubber but seemingly little happier with the hard tyres. Daniel Ricciardo, fourth-quickest for Renault after what he called a “delicious” second practice session, said the tyres were “behaving completely differently” in the hotter temperatures.

“Everything feels like – I’m going to make another headline here – gooey. It’s just like all very gooey and wobbly. The grip, the feeling is really different to what we’re used to here.”

The possibility remains that the tyre could turn out to be better than expected on race day. This has happened before: Someone near the back with nothing to lose takes a chance on an unfancied tyre, finds unexpected pace from it and the leaders follow suit.

Regardless, another Mercedes front-row lock-out tomorrow looks like a nailed-on certainty. Whether that will remain the case from the next race, once ‘quali modes’ are banned, remains to be seen.

Behind them the contest should be close. Though he’s very pleased to be back, Sergio Perez downplayed his chances of repeating Nico Hulkenberg’s third place on the grid last week.

That will hand some encouragement to Red Bull that Max Verstappen, ever the thorn in Merccedes’ side, might be able to take the fight to them once again. He would be helped in that if Alexander Albon can get closer to his team mate’s Saturday pace.

Another positive sign for Red Bull came in the afternoon session. Mercedes haven’t looked as strong in hotter conditions this year, and as the temperatures rose to the high levels which are expected on Sunday, the W11s lapped slower than they had earlier in the day. Saturday may well be another Mercedes benefit, but race day could be a different story again.