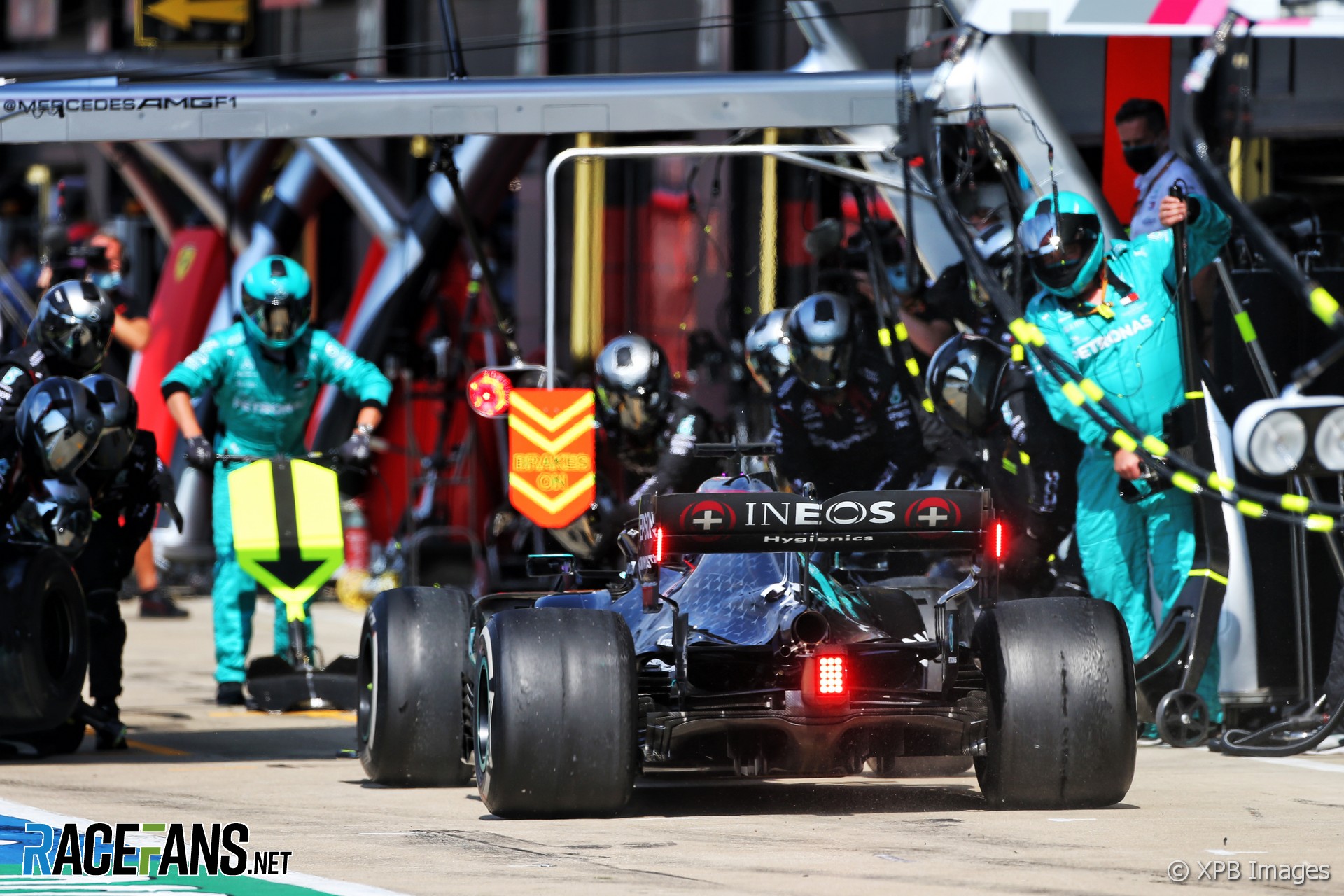 Mercedes has worked “flat chat” on the blistering problems which cost it victory in Silverstone last week, but its drivers say they can’t rule out the possibility of a repeat this weekend.

The team failed to win a race for the first time this year on Sunday when Max Verstappen took advantage of their tyre problems to pass both drivers.

Lewis Hamilton said the blistering which struck the two W11s “was definitely something that wasn’t on our radar and we didn’t expect it.” The team has worked to address the problem since Sunday’s race.

“It’s incredibly impressive when you sit down with the engineers who have gone through a deeper evaluation of where we are and what caused the issue,” said Hamilton. “We only learn and gain from those experiences.”

“I think we understand it better,” he said. “It doesn’t mean it can’t happen again, but I think we have a better understanding of what leads to that. And hopefully we’ll take the correct steps to avoid it future.”

The team did not experience similar problems at the previous race at Silverstone, where Pirelli brought harder tyres. The harder compounds have been selected for this weekend’s race at the Circuit de Catalunya.

“We’re here in Barcelona, the track is going to be probably in the fifties and everyone is in the same boat in that sense,” said Hamilton. “But some people can do a better job than others perhaps.”

Valtteri Bottas, who started Sunday’s race from pole position but fell to third at the finish, says there are driving techniques he and Hamilton can adopt to avoid aggravating the problem.

“We learned a lot,” he said. “I’m still trying to learn even more about the blistering issues we had and why it was worse for us than, for example, Red Bull. So I think it’s been an important weekend of learnings and hopefully we can improve that in the future and I have no doubt we can. I would say that was the main thing that we learned from that defeat.

“But we still need to really make it happen and improve that. Also from the driving side, whatever you can do better in terms of tyre management in different conditions, different tracks, again I think we’ve learned some things there.”