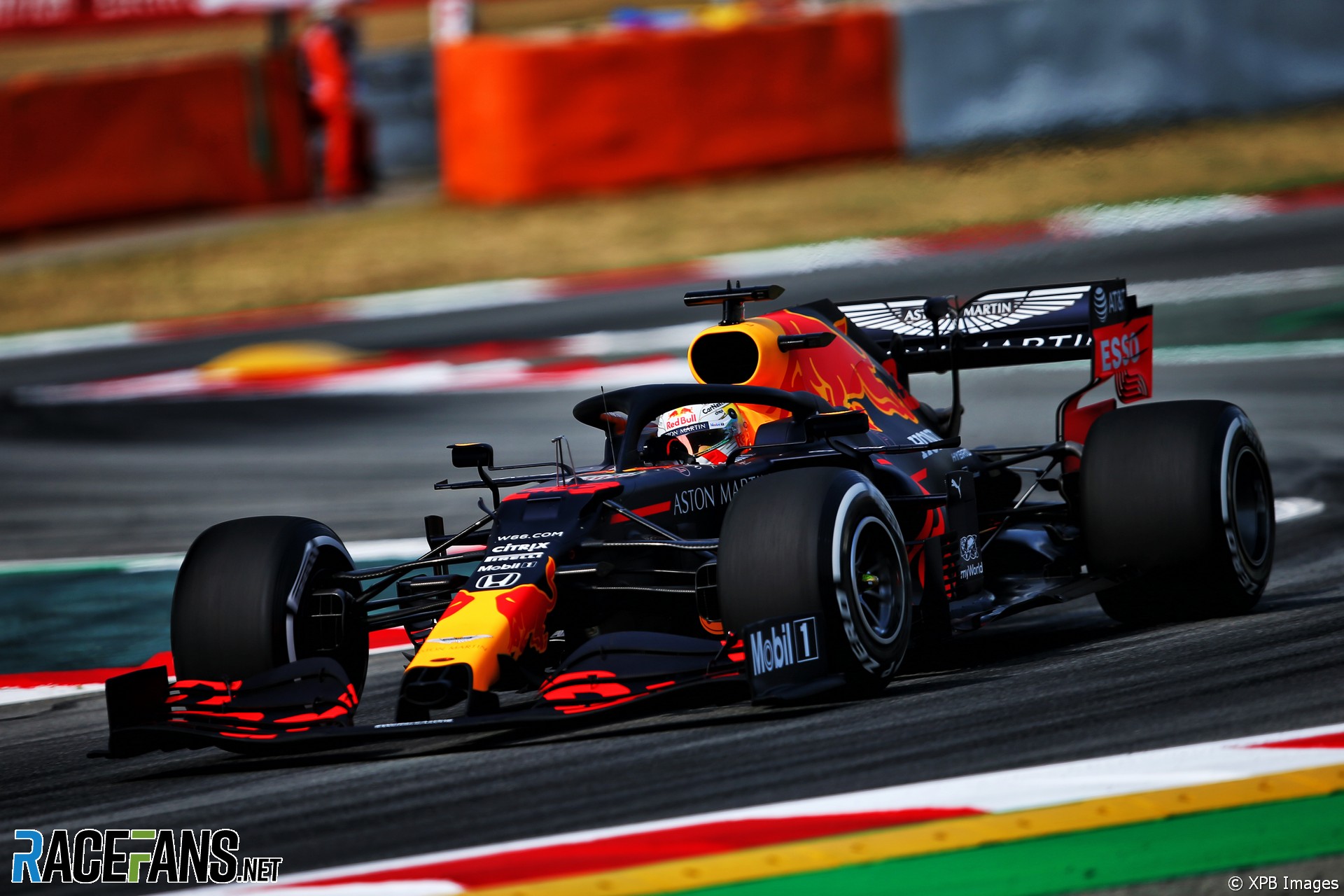 Mercedes could never be accused of not knowing the PR mantra ‘under-promise, over-deliver’. However comfortable their margin of superiority over the opposition has been, they’ve always talked up their rivals.

Team principal Toto Wolff’s comments after qualifying could be seen as more of that. His two drivers had just locked out the front row of the grid for the fourth race in a row, but he sees Max Verstappen, third on the grid, as “favourite” for the race.

Verstappen beat the Mercedes to win at Silverstone last week when W11s blistered their tyres. But Wolff doesn’t think that particular problem is what lies in store for his team on Sunday.

“The only similarity between Silverstone and Barcelona this week is the ambient and the track temperatures,” he said. “The track itself is very different. So we don’t expect the same blistering issue like Silverstone, but nevertheless more degradation and more overheating.

“I believe that the Red Bull masters those conditions very well. Nevertheless, I think the work that has been done during the week and from yesterday to today was good. I think we have improved and that is most important.

“I hope we can give him a run for his money, but definitely Max needs to be seen as the favourite based on yesterday’s long runs.”

The extra reserve of power Mercedes can tap for their engine in qualifying, soon to be outlawed, are likely to be deployed on the long run to turn one to ensure Verstappen can’t pass them there. Verstappen’s biggest worry at this point will come from the two Mercedes-powered Racing Points behind him. Losing places to them would hurt his chances of being able to stay close enough to Lewis Hamilton and Valtteri Bottas to keep them under pressure.

The tyre strategy question may not be as straightforward as usual given the higher temperatures. The hard tyre did not perform well on Friday, and unless it works better on a more rubbered-in track on Sunday, teams may have to look at pitting twice. The fact all the teams who reached Q3 opted to use the soft tyres shows they expect this compound can get them far enough into the race at the start.

“The soft tyre is good enough to start the race on,” said Verstappen. “Normally the softest compound is a bit more tricky as it falls apart quite quickly. But I think it’s alright at the track here.”

The other Red Bull will start from its highest position for four races. Alexander Albon said his team may have to get “imaginative” with his strategy to help him get past the Racing Points. If he somehow manages to clear them at the start, Red Bull would be able to mount a two-pronged attack on Mercedes, which would put them in a much stronger position.

In the midfield, while neither Renault made it into Q3, they at least have the benefit of starting on fresh tyres. Given their strong race pace, McLaren will be watching their rear mirrors for Daniel Ricciardo and Esteban Ocon coming back at them as the race wears on.

Will Verstappen put one over the Mercedes drivers again? Are you expecting a one- or two-stop race? Share your views on the Spanish Grand Prix in the comments.