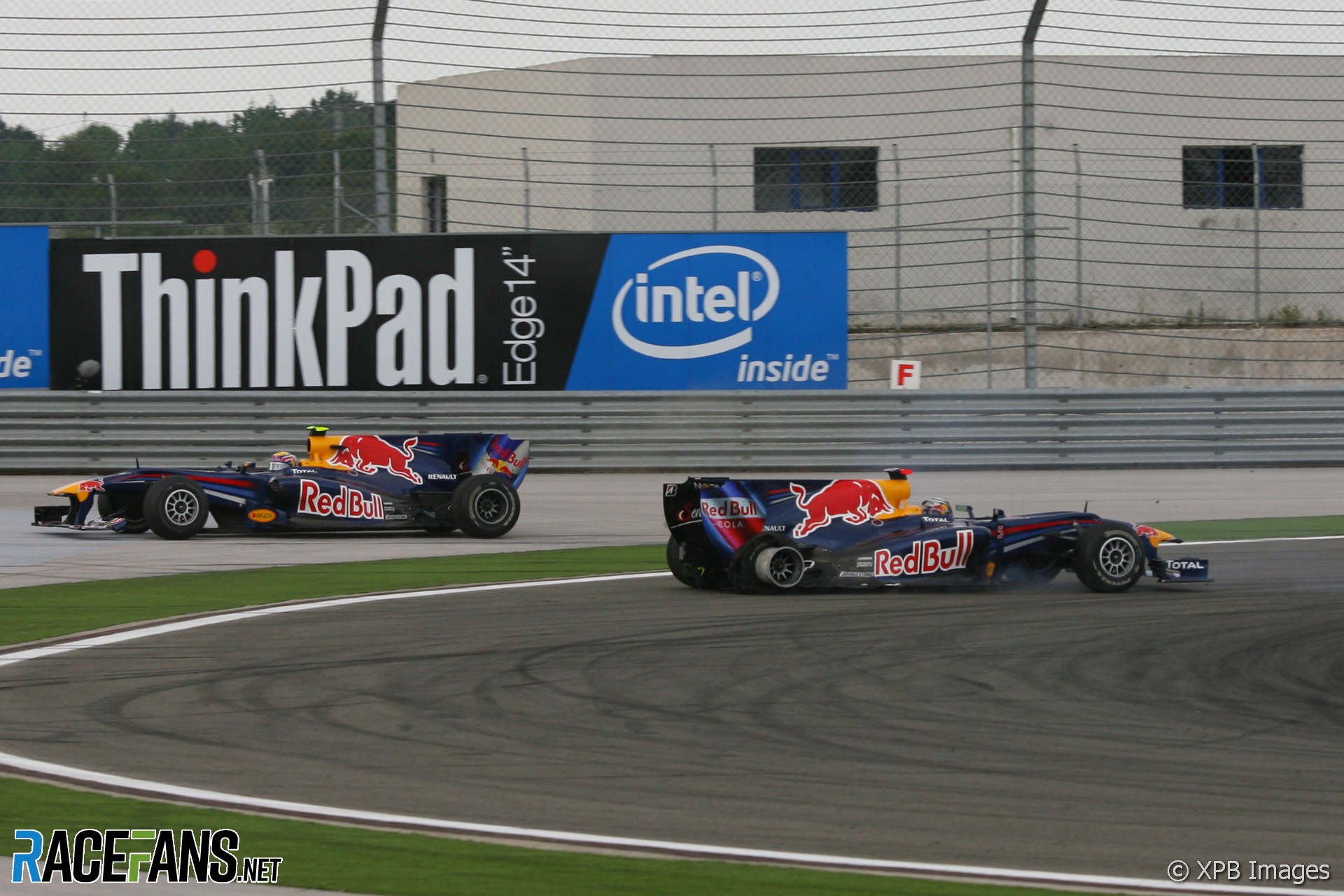 The Istanbul Park circuit in Turkey is expected to be announced as a new addition to the 2020 F1 calendar, as RaceFans revealed last week.

The circuit is regarded as one of the best among the new venues to be built in recent decades. As well as featuring the obligatory long acceleration zones into sharp corners which facilitate overtaking, the course features a reasonable amount of gradient and a few quick corners. The highlight of the lap is the dauntingly quick, quadruple-apex turn eight – if ever a corner deserved a proper name, it’s this one.

It held the Turkish Grand Prix between 2005 and 2011, producing a mix of highlight and lowlights during its seven-year spell. But which of those encounters was the most memorable?

Mark Webber didn’t always get the rough end of team orders at Red Bull. In the closing stages of the 2009 Turkish Grand Prix the team told Sebastian Vettel to follow Webber home with the clear instruction: “Mark is faster”.

Vettel should never have been in that position to start with. He’d qualified on pole position and led the field through turn one. Then he ran wide, lost the lead to Jenson Button, and his victory hopes were ruined.

Button therefore collected his sixth win from the first seven races in what was a soporific encounter. The Brawn driver looked on course to wrap the title up very early.

But it proved his final victory in the BGP-001. The cash-strapped team had little to spend on upgrades, and their rivals closed in fast. It took until the penultimate race in November for Button to put a lock on the title.

Surely no one was more disappointed to see Istanbul vanish from the calendar than Felipe Massa, who won there three years on a row from 2006 to 2008. The latter was a notably forgettable race, though Giancarlo Fisichella caused high drama – literally – when he launched his Force India at the start.

A fine example of how lots of pit stops does not automatically make for an exciting race. The 24-strong field made a total of 82 visits to the pits during F1’s final visit to Istanbul. Race winner Vettel made a total of four stops in this, the fourth race of F1’s DRS/high-degradation-tyres era. Now in its 10th year, that novelty has worn off as badly as the tyres.

Massa’s second win at Istanbul was a rather straightforward affair as well. But the track’s last race to be held in the punishing heat of August did have the advantage of producing a pot-boiler of a result for the championship: Massa edged away from Kimi Raikkonen in third, while second-placed Fernando Alonso bagged more useful points.

Lewis Hamilton, sensationally leading the championship six races from the end of his rookie season, suffered a sudden tyre failure on lap 43 while on his way to third place. He came in fifth, missing out on two points which would have been very useful come the finale.

F1’s first visit to Istanbul should have produced a one-two for McLaren. Raikkonen and Juan Pablo Montoya scrapped hard with the Renaults at the start, but when Alonso and Fisichella pitted early to refuel it was clear they didn’t have the longevity to challenge the silver cars.

Montoya’s run to second place unravelled, however. He lost time with a slow refuelling stop, then the lapped Tiago Monteiro ran into the back of him approaching turn 12. He made it home third, but Alonso snagged an extra two points increasingly looked like the champion-elect.

For the second year in a row, Alonso pulled off a damage-limiting result for his championship hopes. Ferrari choreographed the start to perfection, Massa leading away from his first pole position while title contender Michael Schumacher kept Alonso at bay.

An early Safety Car period wrecked their plans, however. Schumacher lost time pitting and Alonso nipped ahead, resisting pressure to claim a vital second. Massa claimed a joyous maiden win after a rough start to his first season at Ferrari on a day when the team won the battle but suffered a setback in the war.

With refuelling finally banned, and with gimmicks like DRS and high-deg tyres a year away, the 2010 season produced some fantastic races and the closest championship fight for a generation.

Ferrari hadn’t fully got a handle on their 2010 car by this stage in the championship: Massa and Alonso trudged in seventh and eighth at the team’s 800th grand prix. But Red Bull and McLaren went toe-to-toe in this exquisitely tense encounter.

Webber led away from pole in his Red Bull with Hamilton’s McLaren in pursuit. Vettel, third on the grid due to a braking problem in qualifying, took early service from the Red Bull crew to deprive Hamilton of second, then went after his team mate.

This time there was no “Mark is faster”. On the 40th lap Vettel got a run on his team mate on the kinked acceleration zone leading to turn 12. He nosed past, but moved to reclaim the racing line from his team mate before he’d fully passed, and the pair collided.

This was a near carbon-copy of Vettel’s collision with Charles Leclerc in Brazil last year, with one significant exception: Both Ferraris retired in Brazil, but in Turkey Webber was able to continue and salvage third.

He followed the McLaren pair who also swapped the lead at one stage. This was contentious too, as Hamilton has asked the team if he was at risk of being passed by his team mate, and told he wasn’t, before Button took the lead away. Hamilton repassed his team mate and won a memorable race.

What’s the best race you’ve seen at Istanbul? And do any of these match up to Hamilton’s epic charge through the field in the 2006 GP2 sprint race? Have your say in the comments.

21 comments on “Ranked: Every Turkish Grand Prix at Istanbul Park”