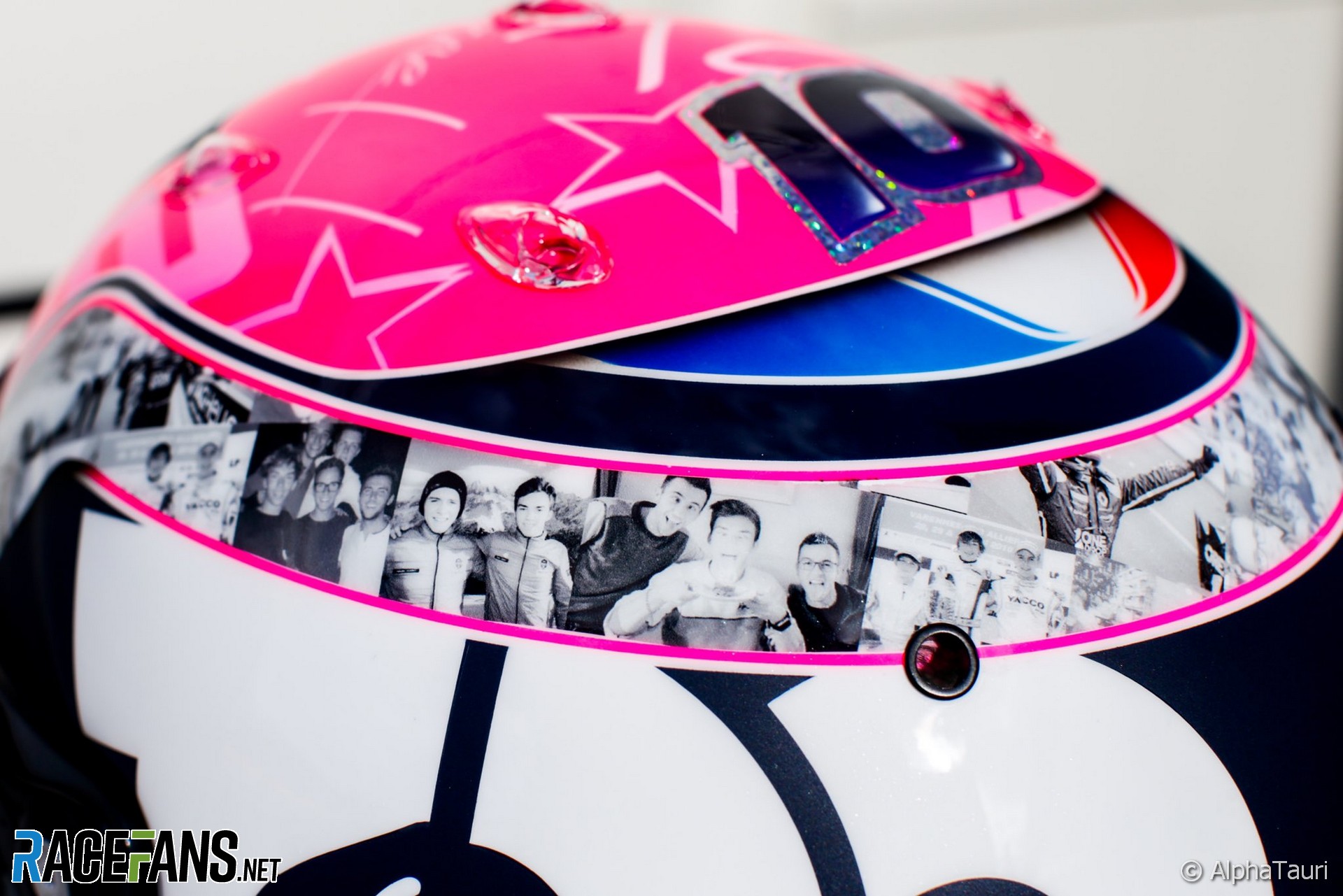 Pierre Gasly has revealed the special helmet he will wear at Spa-Francorchamps this weekend in tribute to Anthoine Hubert, who died during last year’s grand prix weekend at the track.

Gasly has adopted Hubert’s bright pink helmet colouring and incorporated pictures of the two of them into the design.

“A special helmet for a special friend,” Gasly wrote on social media. “Still struggling to believe that’s real, life can be brutal sometimes. Will give my best this weekend and try to make him proud.”

Hubert and Gasly grew up together while racing in France. During today’s FIA press conference Gasly said his friend was “a rival, but at the same time I truly know that I would have never achieved what I did without growing with him, because we were pushing each other so much, whether it was on-track or off the track.”

Gasly left flowers as a tribute to Hubert at the scene of the crash at Raidillon which claimed his life last year.

Juan Manuel Correa, who suffered serious leg injuries in the crash which he is still recovering from, has travelled to Spa for the race weekend. He also left flowers at the accident scene.

“I felt there was a way for me to kind of close a chapter but more importantly to pay my tribute to Anthoine,” said Correa. “I haven’t been able to do so properly from Miami. It’s been something I had pending.

“I got the invitation from F2 and I took it in a heartbeat. I’m happy to be here, I’m happy to see all the people from the paddock again. But it’s also going to be a very sad and emotional weekend for me.”

Renault has displayed Hubert’s race helmet outside its motorhome in the paddock. Hubert was a member of the team’s young driver programme.