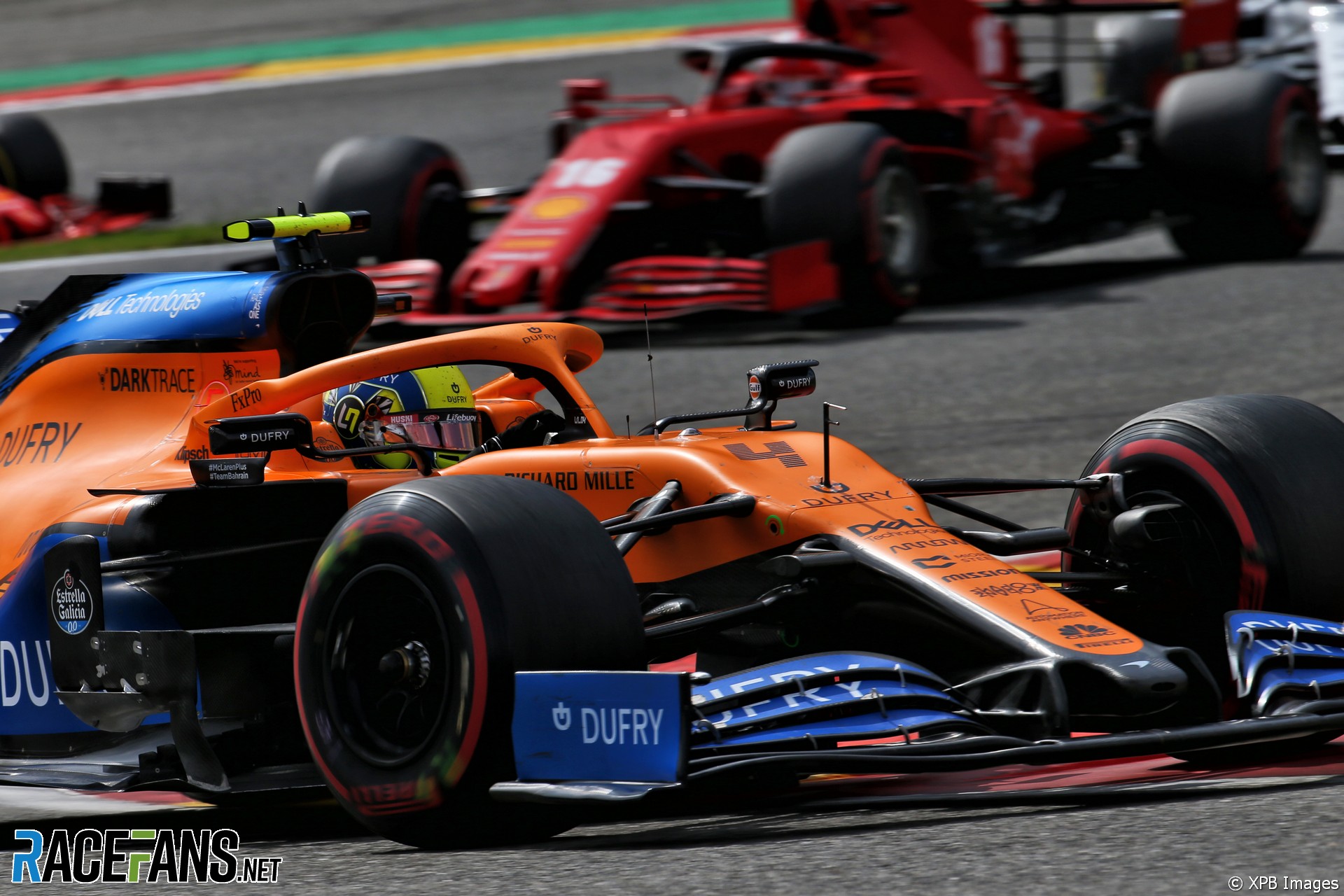 McLaren team principal Andreas Seidl sees the Italian Grand Prix as an opportunity to increase the team’s lead over Ferrari before their rivals “strike back” at other circuits which suit their car better.

Ferrari endured a miserable Belgian Grand Prix as the Spa-Francorchamps circuit’s high power demands exposed their car’s poor straight-line performance. Seidl suspects their rivals will struggle again this weekend at Monza, another track which places high demands on power units, while McLaren should be in the hunt for points.

“I expect to be close again to the Racing Points and the Renaults. And with everything we can see at the moment to take away from here, and also reading the comments from Ferrari, I think they will struggle there as well.

“So hopefully Monza gives an opportunity to score more points than we did here and give us another good opportunity to make some good points to some of our competitors which will be stronger again at other tracks.”

McLaren moved up to third in the constructors’ championship last weekend, two points ahead of Racing Point and seven ahead of Ferrari. However Seidl said the team must not discount the threat from the latter despite their poor weekend in Belgium.

“What is also important, and that’s something we never do, is underestimate the ability of Ferrari to strike back during the course of the season. With all the experience they have, the manpower, the infrastructure, I’m sure it’s only a question of time when they will strike back again as well.

“That’s why it hurts even more that we didn’t collect more points today.”

15 comments on “McLaren expect Ferrari will “strike back” after Monza”