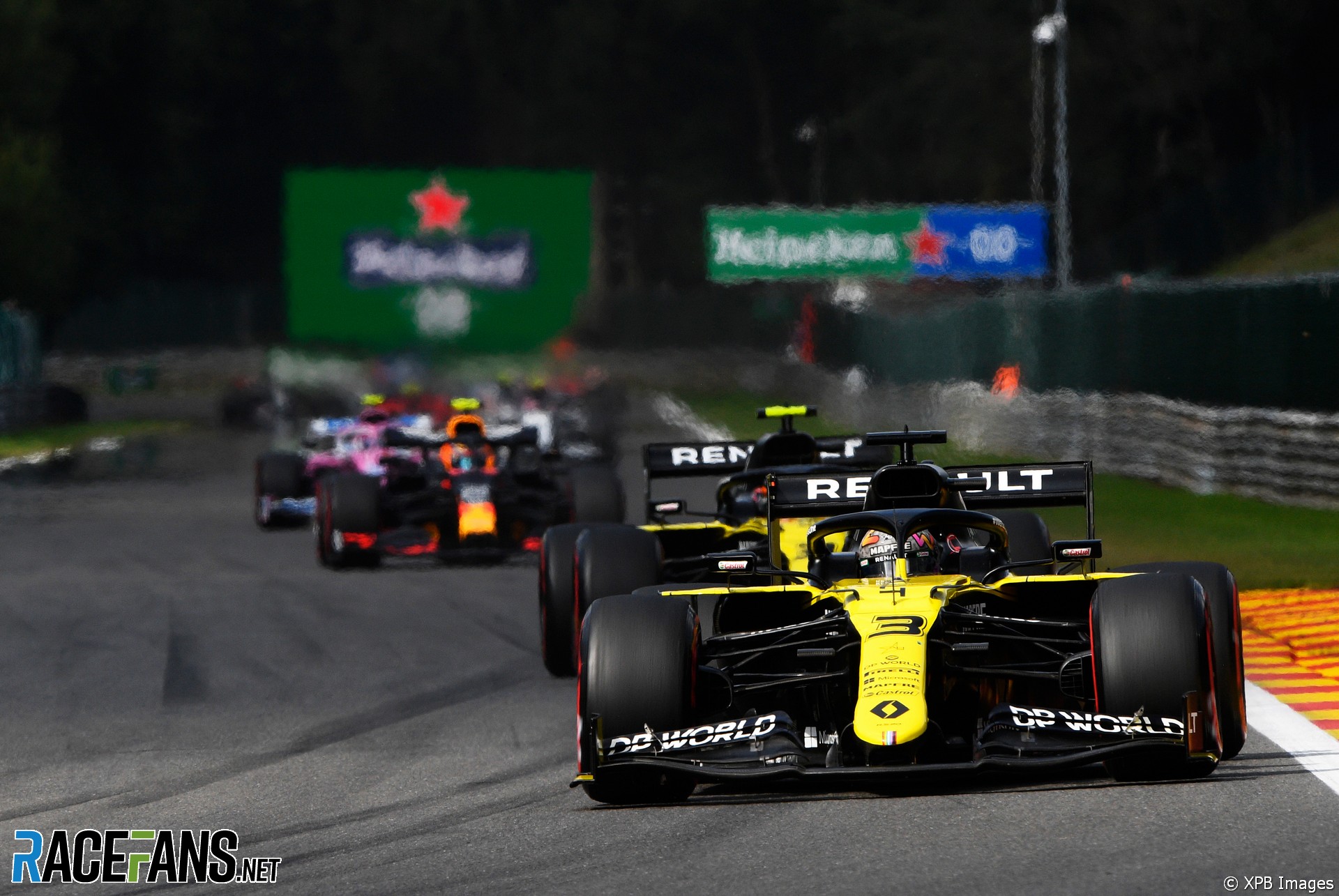 This was Renault’s strongest showing so far this season. Ricciardo wrung the maximum from his RS20, planting it fourth on the grid despite a brake-by-wire problem in qualifying. He hounded Max Verstappen at the start, and had he not dropped behind Pierre Gasly and Sergio Perez during the Safety Car period we could have seen an exciting battle between the two former Red Bull team mates at the finish. Nonetheless, he bagged Renault’s first fastest lap for a decade.

Another top-drawer weekend from the Red Bull outcast, despite the emotional strain of racing at the track where his childhood friend died last year. Gasly was pipped by team mate Daniil Kvyat in qualifying but reaped the benefit of starting on hard tyres and not pitting under the Safety Car in the race, climbing to eighth in the closing stages.

Always one to watch at Spa, Raikkonen qualified ahead of his team mate and fought back quickly after losing ground at the start. When the race restarted he picked off the two Ferrari drivers (which must have been deeply satisfying) on his way to 12th place.

Hamilton’s wins may have started to look routine a while ago, but the scale of his margin over team mate Valtteri Bottas in qualifying was especially impressive this weekend. The two Mercedes were separated by more than half a second.

Having been out-qualified by Kimi Raikkonen he got ahead at the start, but came under pressure from his team mate soon afterwards. A mistake at Fagnes meant his day ended in the barriers.

After being thumped by Hamilton in qualifying, Bottas couldn’t carry the necessary momentum through Eau Rouge to attack him at the start, and that condemned him to finish behind his team mate. As usual Verstappen was the quicker of the Red Bull drivers over a single lap, but couldn’t take the fight to Mercedes in the race. Alexander Albon’s switch to medium compound tyres backfired and helped Esteban Ocon passed him for fifth.

Carlos Sainz Jnr’s luckless start to 2020 continued as a power unit problem meant he couldn’t even start at Spa. Another unlucky driver – or lucky, depending on your point of view – was George Russell, who emerged unscathed after hitting a wheel which came off Giovinazzi’s car.

Lando Norris believes he hit some fluid dropped by his team mate’s car when he went off at Les Combes on lap one. After that his car came good in the second stint and he reckoned he was only a lap away from passing Albon for sixth.

Racing Point had an indifferent weekend at a track which had previously been one of their strongest circuits. They admitted the decision to leave Sergio Perez out on soft tyres when the Safety Car came out was, in retrospect, a mistake. Nonetheless he finished the race right on Lance Stroll’s tail.

Daniil Kvyat felt he’d got the less favourable strategy at AlphaTauri and he finished the race outside the points. The only car behind him not powered by a Ferrari was Nicholas Latifi’s Williams in 16th, who ran behind Russell as usual before his team mate retired.

On an abject weekend for Ferrari, Charles Leclerc and Sebastian Vettel fought in vain to achieve anything with their SF-1000s. Both scraped into Q2, and Leclerc briefly had his car inside the top 10 before inevitably dropping back. They finished ahead of the Haas pair: Kevin Magnussen started and finished last after going off in qualifying, but did make one of the better starts of the race.