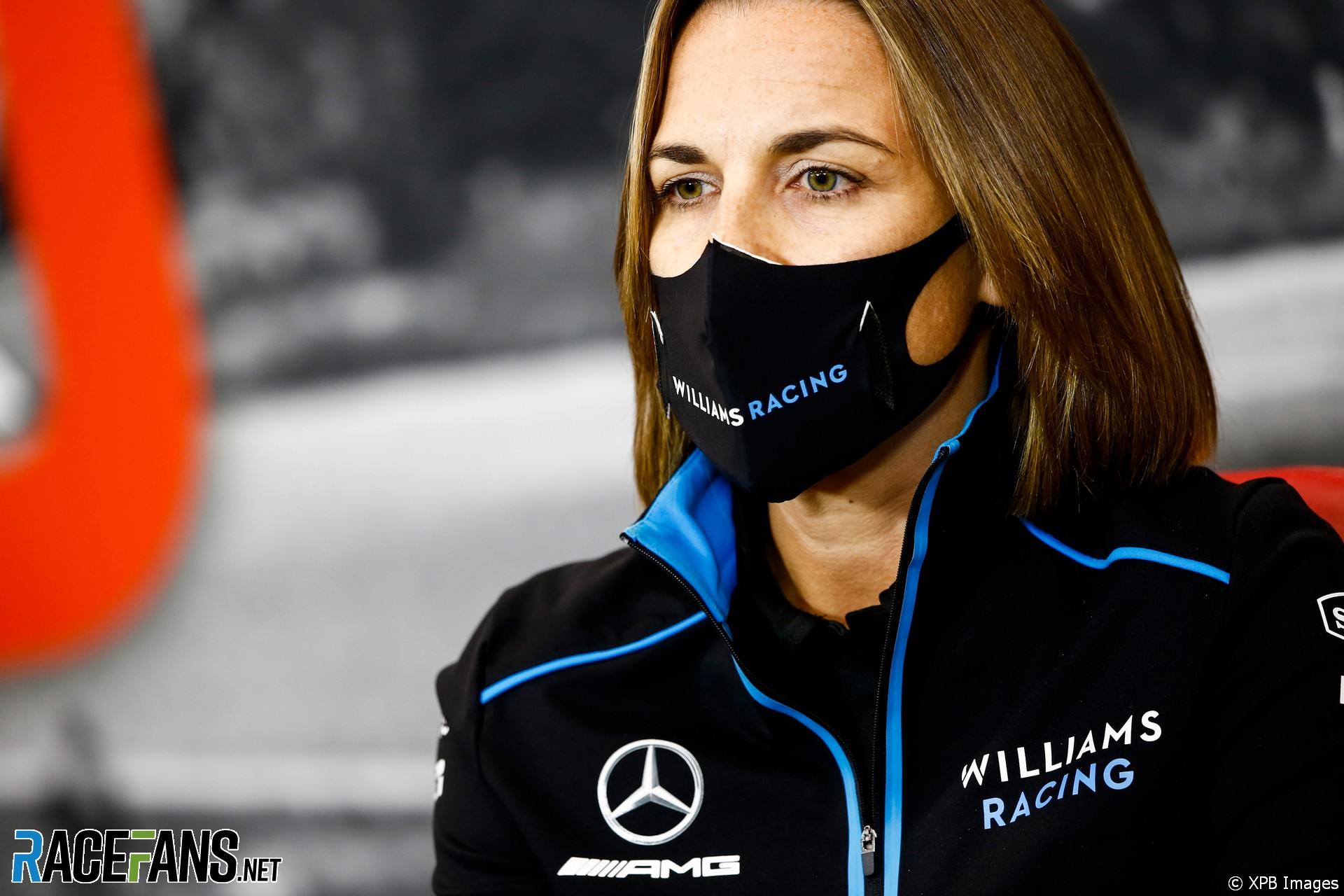 Claire Williams and the Williams family will no longer be involved in running the team following this weekend’s Italian Grand Prix.

The news follows the announce of the team’s sale to private equity fund Dorilton two weeks ago.

The day-to-day running of the team was taken over by Claire, daughter of team founder Sir Frank, in 2013. “It is with a heavy heart that I am stepping away from my role with the team,” she said.

“I had hoped to continue my tenure long into the future and to preserve the Williams family’s legacy into the next generation. However, our need to find inward investment earlier this year due to a number of factors, many of which were outside of our control, resulted in the sale of the team to Dorilton Capital.”

Since the team was founded in 1977 it has won 114 races and claimed the constructors’ championship nine times, more than any team besides Ferrari. Alan Jones, Keke Rosberg, Nelson Piquet, Nigel Mansell, Alain Prost, Damon Hill and Jacques Villeneuve all won the world championship in Williams’ cars.

However the team has only won one race in the past 15 years and slipped to last place in the championship in 2018 and 2019. It announced the takeover by Dorilton two weeks ago.

“With the future of the team now secured, this feels like the appropriate time for us to step away from the sport,” said Williams.

“As a family, we have always prioritised Williams. We have demonstrated that by our recent actions with the strategic review process and we believe now is the right time to hand over the reins and give the new owners the opportunity to take the team into the future.

“We have been in this sport for more than four decades. We are incredibly proud of our track record and the legacy we leave behind. We have always been in it for the love of it, for the pure pleasure of going motor racing, so this is not a decision that we have taken lightly but after much reflection and as a family.”

Williams indicated the team’s new owners had offered them the opportunity to remain involved in its running.

“We are greatly appreciative of Dorilton’s encouragement to continue, but in them we know the team will be in good hands and the Williams name will live on,” she said. “This may be the end of an era for Williams as a family-run team, but it is the beginning of a new era for Williams Racing and we wish them much success in the future.”

Dorilton Capital and Williams Grand Prix Engineering chairman Matthew Savage said they “fully respect the very tough decision of Claire and the Williams family to step away from the team and the business after securing new resources for its future.”

“Claire’s achievement in sustaining Williams Racing’s heritage, relevance and commitment to innovation in a difficult environment since taking charge in 2013 has been nothing short of monumental,” he said.

“She has also been hugely instrumental in shaping a more level technical and financial playing field for F1, which will help to ensure the team’s return to the front of the grid in seasons to come. We are proud to carry the Williams name into the next exciting phase for the sport and we thank Sir Frank, Claire and the Williams family for the opportunity to be part of this great British brand.”