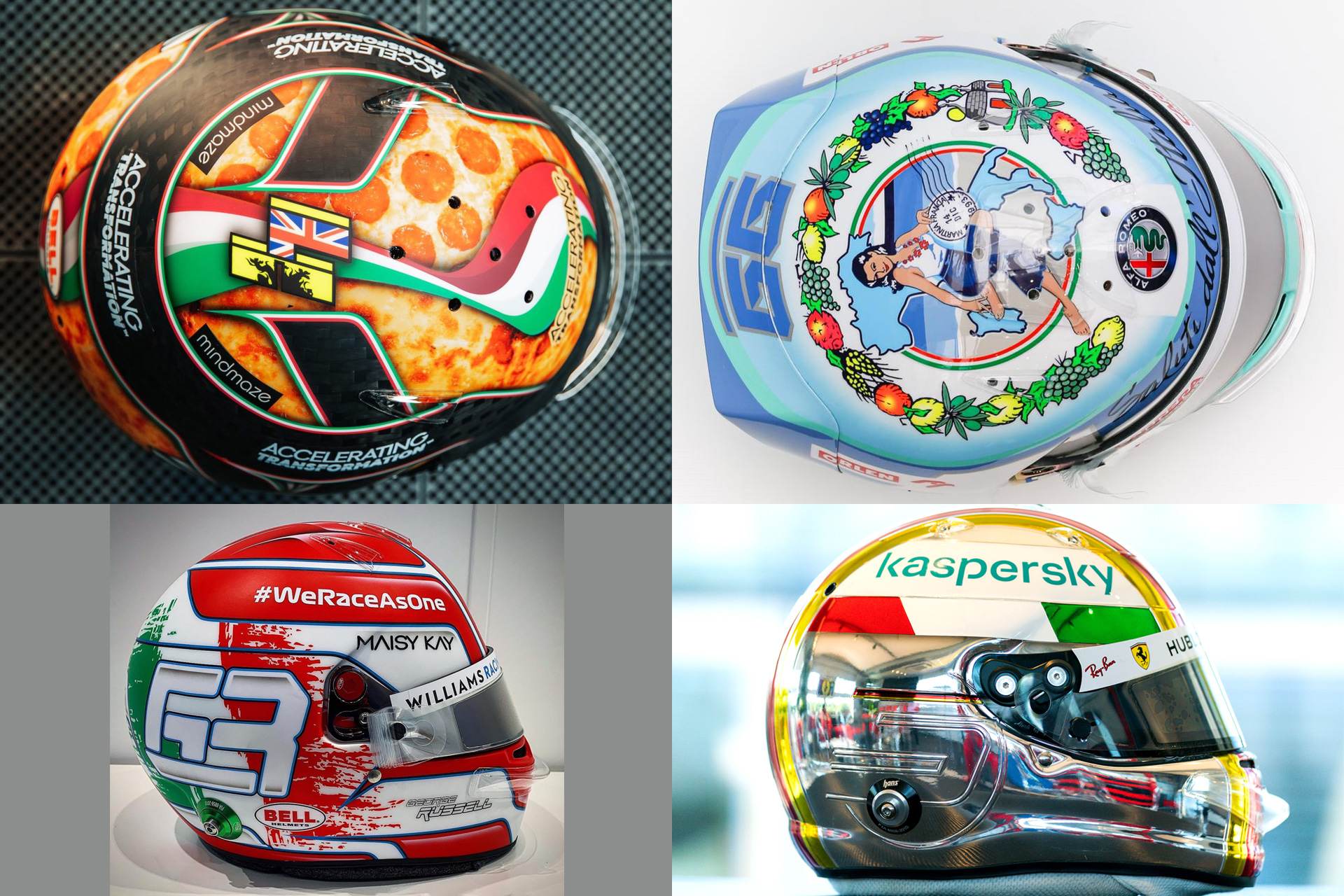 Giovinazzi, the only Italian driver in Formula 1, added a tribute to his home country to his helmet.

“If you know her, you can’t not fall in love with her. If you’re far away, you miss her. If you were born there, you can’t help it. Long live Italy,” he wrote on social media. 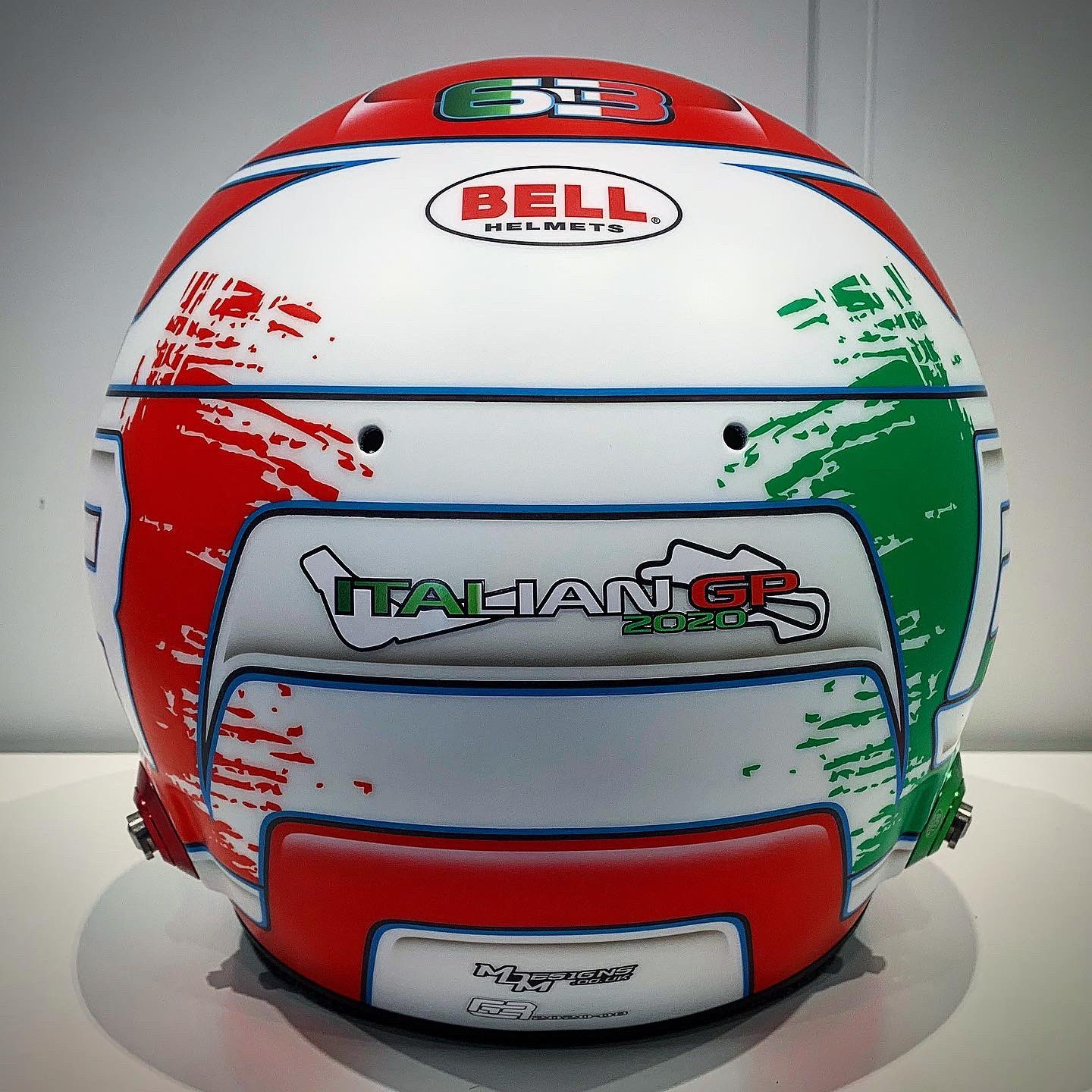 Russell has incorporated the colours of the Italian tricolour onto his helmet. He has also added track maps for Monza and Mugello. The latter will hold its first ever Formula 1 race next week.

Norris’s helmet design for this weekend celebrates one of Italy’s many famous culinary exports: Pizza.

The top of the helmet also features the return of the Flemish Lion motif. At Spa-Francorchamps last week Norris brought a special helmet design which featured the lion prominently, but decided against using it after learning it could be interpreted as a “political statement” which “would have offended many people in Belgium”.

Vettel has updated his usual helmet design with a chrome effect for his final race at Monza as a Ferrari driver.