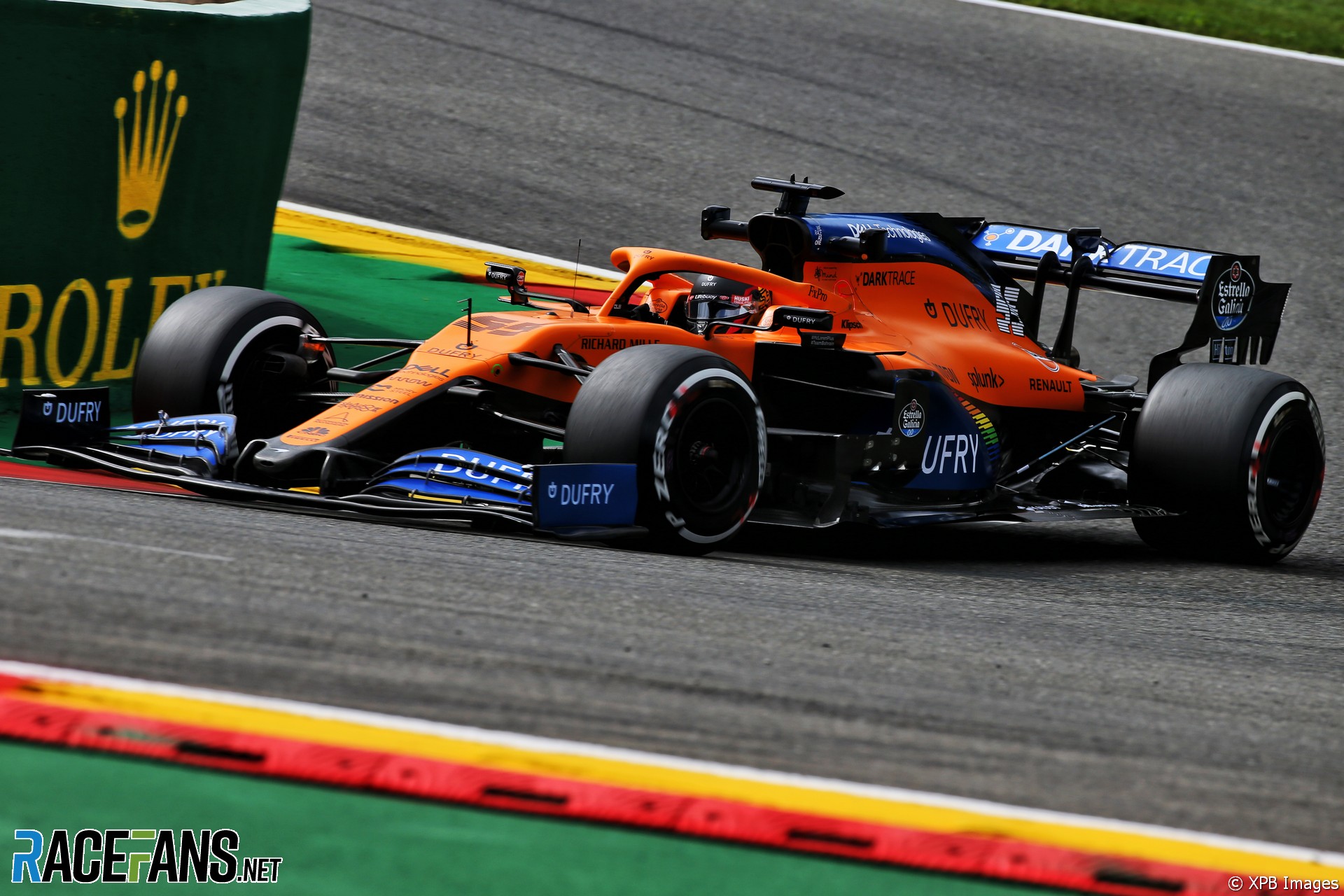 The engine which caused a “catastrophic” exhaust failure on Carlos Sainz Jnr’s McLaren at last weekend’s Belgian Grand Prix will be re-used by the team this weekend.

Sainz was unable to start Sunday’s race at Spa-Francorchamps after the failure, which occured during his reconnaissance lap.

However the team’s racing director Andrea Stella told RaceFans “it looks like the engine is re-usable” and they intend to run it during practice tomorrow.

Sainz, who was unable to start the race because of the damage to the exhaust, will have the engine in his car for tomorrow’s practice sessions.

“The car was retired in Spa because of the consequences of the problem on the engine,” said Stella. “Basically there was a catastrophic failure of the exhaust.

“The engine itself, if the issues that started the whole problem could be fixed, then, if we will prove it tomorrow, will be able to continue. But the exhaust was catastrophically failed and it [would have taken] too long to change it.”