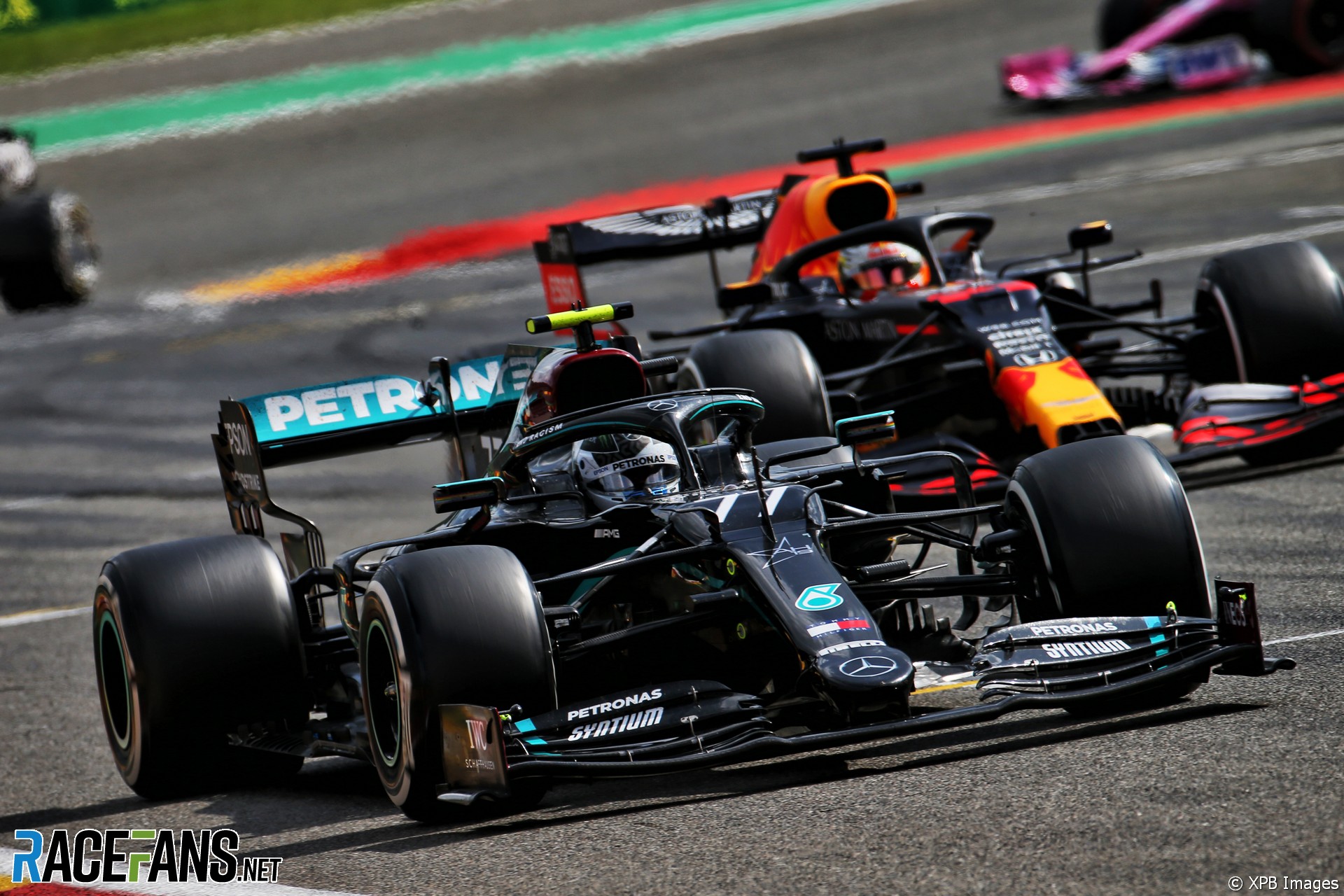 Teams will be banned from using their ‘quali modes’ this weekend. Is that the change which will put Red Bull in the title fight with Mercedes?

Here are the talking points for this weekend’s race.

From this weekend, teams will not be allowed to change the performance mode used on their engine between qualifying and the race. The regulations change, which was originally planned for last week’s Belgian Grand Prix, is intended to prevent them ‘turning up’ their power units for flying laps in qualifying.

Some expect the banning of these ‘quali modes’ to hit Mercedes hardest, as they’ve consistently demonstrated significantly better performance over single qualifying laps than in races. However the team has pointed out the performance lost in the banning of ‘quali modes’ may be applied elsewhere – potentially making them even more competitive in the races.

But with Mercedes winning six of the seven races so far this year – and five of those falling to Lewis Hamilton – the ban on ‘quali modes’ offers the possibility of bringing Red Bull close enough to be championship contenders.

It may also have a significant bearing on the midfield. Mercedes customers Williams have made regular incursions into Q2 this year. The ‘quali mode’ ban could leave them struggling to escape Q1 again.

No track shows up the differences in engine performance more sharply than Monza (though it remains to be seen exactly how cars will perform around the Bahrain Outer circuit when F1 visits there in December). Therefore it will likely take a few races for the true impact of the quali mode ban to become clear.

Following one of the worst results the Scuderia has collected last week, what do they face in their first of three home races this year? Could things get even worse for them?

If their Spa performance was simply due to a shortfall in power, Monza would indeed threaten to be an even worse track for them. However it does seem there was more to Ferrari’s problems in Belgium than just a lack of sheer straight-line speed.

From the beginning of practice the team wasn’t able to get its tyres working properly. Even an outstanding start by Charles Leclerc couldn’t propel them to a decent finish – they just slipped back until even Kimi Raikkonen’s identically-powered Alfa Romeo was ahead of them.

The team can therefore expect this weekend should be no worse than last, but that really is small comfort indeed.

Racing Point have shone at Spa in the past but took the bottom places in the points on Sunday. A strategic error on Sergio Perez’s car didn’t help, but there was clearly something else amiss, as the team which has consistently been up at the sharp end this year were conspicuous by their absence last weekend.

Will they be back on form at Monza? And will there be any further developments regarding the team’s penalty and appeal?

Follow Alex Peroni’s alarming crash in last year’s Formula 3 race, the ‘sausage kerbs’ at Parabolica have not been reinstated, and a timing loop will be used to enforce track limits at this point on the track. This has been a difficult spot to police since the grass and gravel were removed. Last year Vettel escaped a penalty when the stewards ruled they could not determine whether he kept all his wheels within the track confines. Previously there had been indications gravel could be instated at that point on the track.

The final stages of qualifying last year descended into farce as most of the drivers in Q3 failed to begin their last runs before the session ended. All were reluctant to lead the queue, and therefore be the only driver without the advantage of a slipstream.

Hamilton had no such concerns in qualifying at Spa last weekend. If he feels confident enough to do the same this Saturday, it will be quite a statement about how little the ‘quali mode’ ban has affected the team.

FIA F1 race director Michael Masi will hold discussions with team bosses ahead of the race to find a solution. If one can’t be found, hopefully the benefit of experience may prevent similar scenes this time.

25 comments on “Will the ‘quali mode’ ban give us a title fight? Five Italian GP talking points”