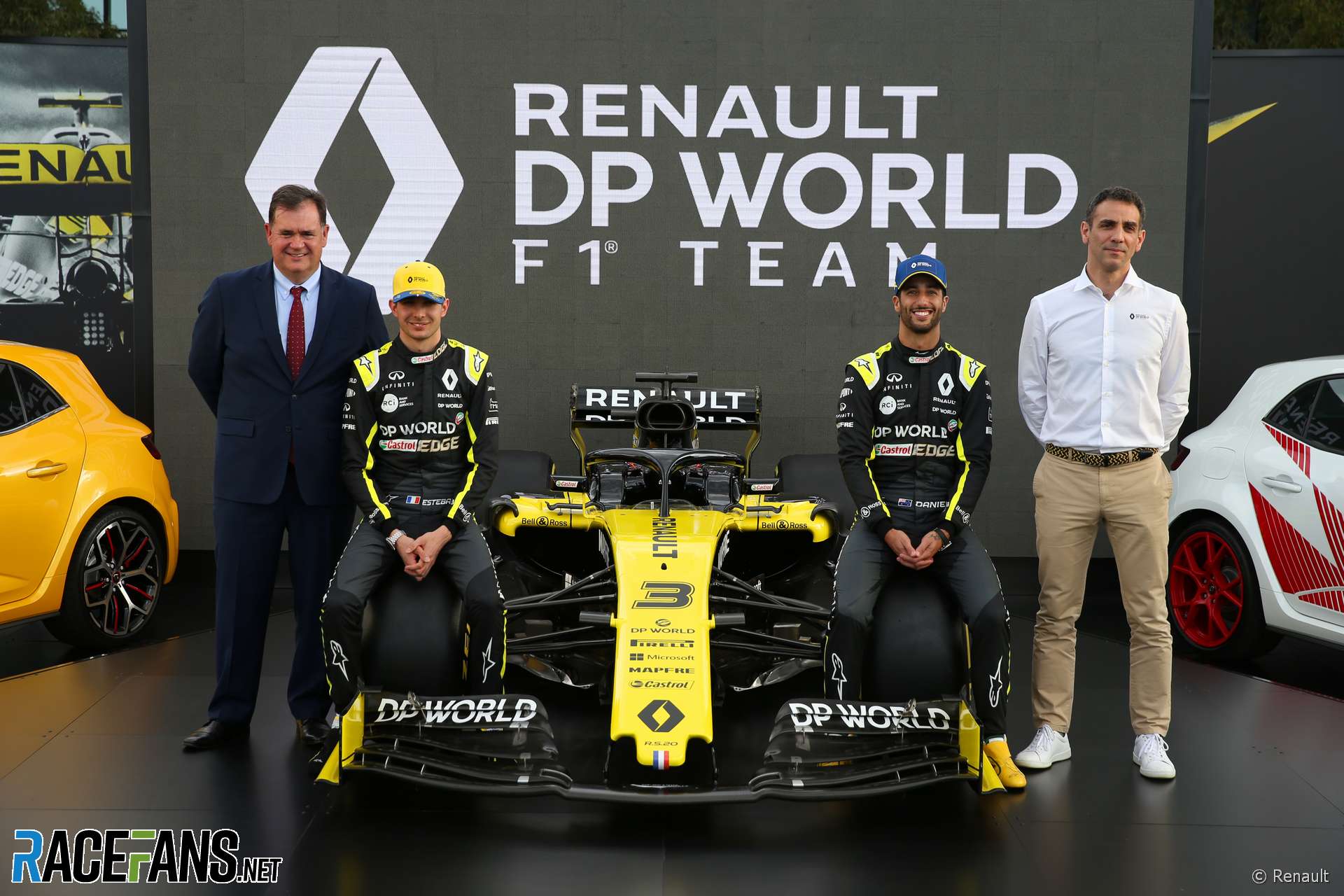 Renault is expected to announce plans to rebrand its Formula 1 team for the 2021 season.

The team will take on the name of Renault’s performance car division Alpine, RaceFans understands. The Alpine brand, which was founded in 1955, resumed production of road cars in 2017 following a 22-year hiatus.

From next year the French team will be formally titled ‘Alpine F1 Team powered by Renault E-Tech engines’. The blue ‘E-Tech hybrid’ brand was added to the cars’ engine covers earlier this year.

Renault announced changes to its group brands yesterday including the appointment of Renault F1 team managing director Cyril Abiteboul in charge of Alpine, one of its four main business units.

Speaking earlier today Abiteboul did not confirm the rebranding, saying it was a matter for new CEO Luca de Meo. “It will be up to him to decide what way he wants to market the different brands,” said Abiteboul. “I’m just running the team.”

Abiteboul said his role in charge of Alpine will be to build up its organisation as he has at Renault’s F1 team.

“We have a new CEO, Luca De Meo, come in with clearly a great vision for the group,” he said. “In particular, to move from ‘value driven’ to a ‘value driven organisation’, positioning clearly four brands at the heart of the system.

“One thing that he has announced is that he has big expectations indeed for Alpine. What he has asked me to do as a mission, on top of what I am currently doing, running the team, is to provide a couple of suggestions in order to build an organisation around that brand.

“Right now that brand is one car, one model – A110 – but we want do more and that needs an organisation: An engineering department, a product department, a sales, marketing and communication department. So that’s what I’d like to do.

“That’s what I’ve done for the team: building an infrastructure and a platform. That’s what I will be doing at the top. But that has absolutely no implication for the marketing strategy.”