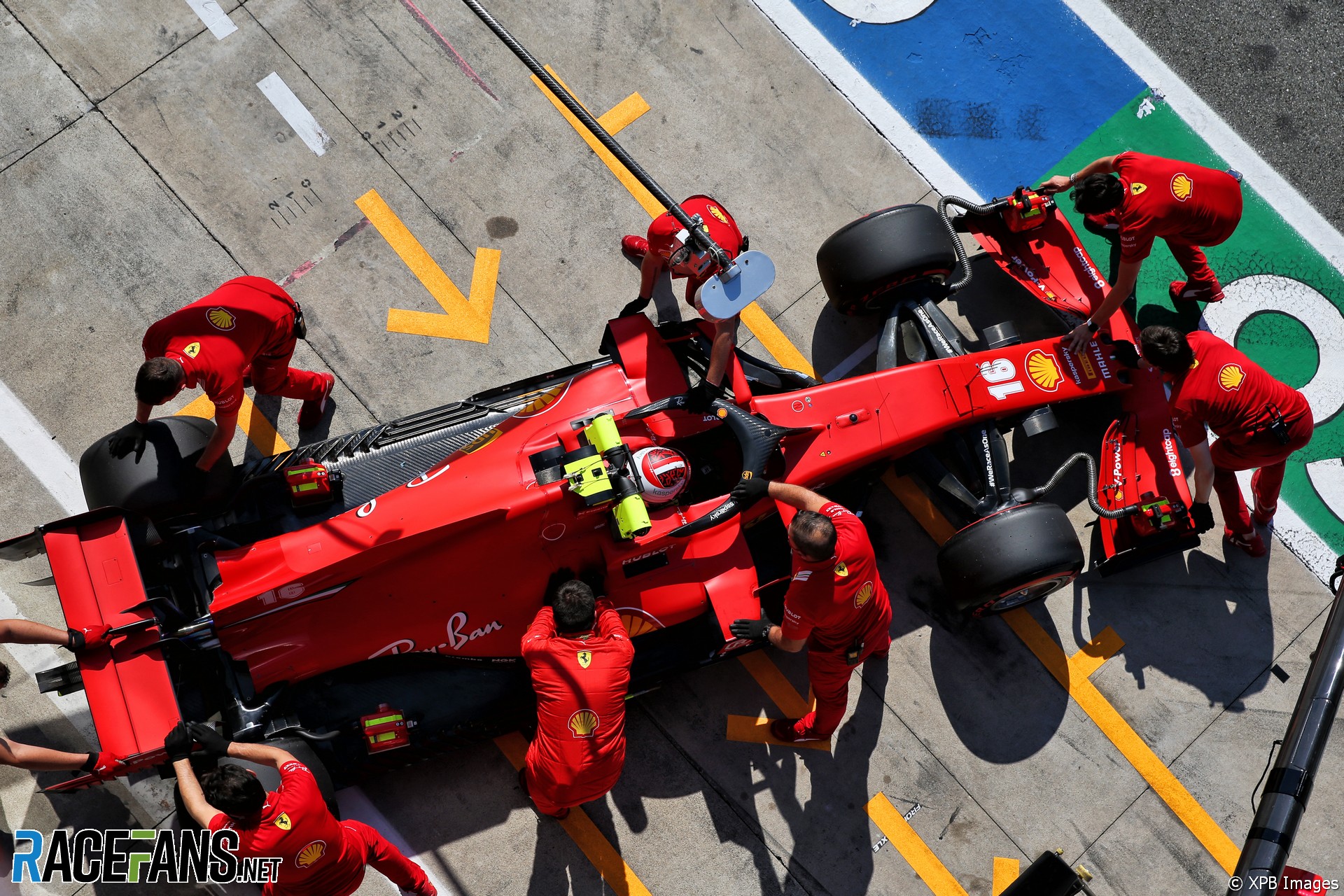 Charles Leclerc says Ferrari’s disappointing performance in qualifying for the Italian Grand Prix hurts more as it is the team’s home race.

The team struggled around the high-speed Monza circuit. Sebastian Vettel failed to progress out of Q1 for the first time this season in 17th place, while Leclerc only able to secure 13th on the grid.

Leclerc described the result as painful but not surprising. “We expected this a little bit, coming into the weekend,” he said. “We know that Spa and Monza are probably the two worst tracks for us with another one coming a bit later in the year.

“It hurts even more when it’s at home. But it’s the reality for us at the moment, unfortunately. We need to work. Hopefully at Mugello – which is still home for Ferrari – it will be a bit better than here.”

Despite being unable to reach Q3, Leclerc believes he achieved the maximum potential out of the Ferrari in the session.

“When you do a good lap and you’re 13th, it doesn’t feel good,” he said. “But now, it’s like this. I have to extract the maximum out of the car in the situation that we’re in and that’s what I try to do.

“I hope that from the next race onwards we’ll see a light at the end of the tunnel. That’s two very tough weekends for us. We’re trying many things on the car, but we haven’t found a way through for now. But we need to keep our heads down, stay motivated and better days will come for sure.”

Vettel was one of a number of drivers caught up in heavy traffic during the closing moments of Q1 as drivers jockeyed for track position ahead of their final attempt of the session.

Over team radio, Vettel expressed his frustrations at Alfa Romeo drivers Kimi Raikkonen and Antonio Giovinazzi. “What a mess,” said Vettel. “Why did the Alfas have to overtake everybody and cause shit?”

Vettel reiterated his frustrations at the situation after the session.

“There was no point to us all overtaking each other,” says Vettel. “With the maximum lap time, everyone should be making it. The moment you start overtaking, it causes trouble.”

Vettel will start 17th in tomorrow’s Italian Grand Prix, his and Ferrari’s lowest grid position of the 2020 season.