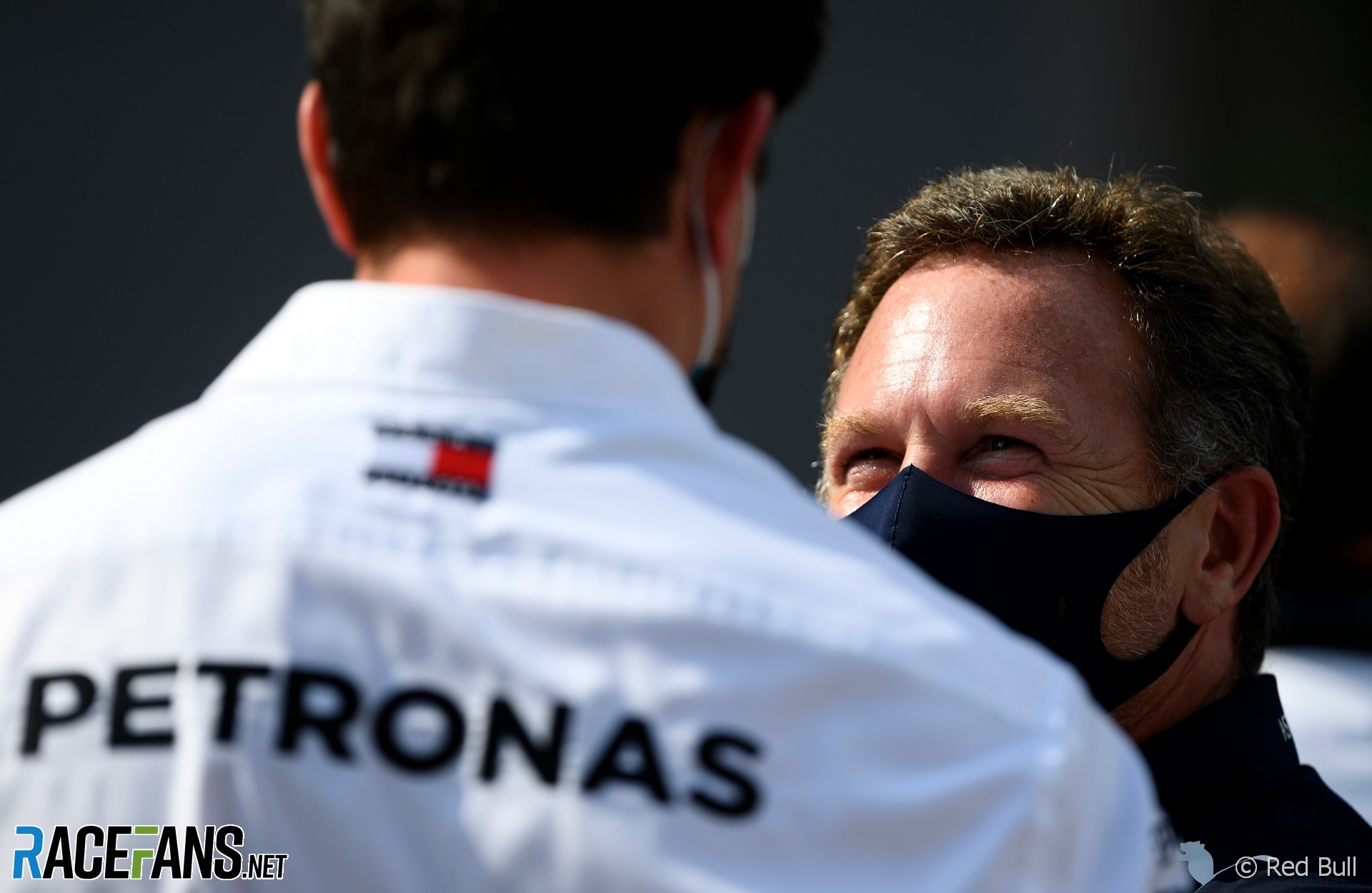 Horner was quoted saying it was “obvious” Mercedes was favouring Hamilton over Valtteri Bottas to ensure the six-times champion wins a record seventh title this year.

Mercedes has always insisted it gives its drivers equal treatment as far as possible. This includes alternating which driver gets to specify their running order in qualifying, as was the case in today’s session.

“There is no such thing as prioritising one driver versus the other,” said Wolff. “We have always played it completely open, transparent and fair and this is how we are going to continue.”

Horner said Mercedes’ strategy in Spa was evidence of them favouring Hamilton, as they did not give Bottas the opportunity to make a second pit stop and challenge his team mate for the lead.

“I spoke to him about that,” said Wolff. “He said: ‘Why didn’t you pit Valtteri for the second stop?’ And I said ‘if we would have known that the two-stop was quicker, we would have pitted Lewis as well’.”

The two Mercedes drivers were running ahead of Max Verstappen’s Red Bull at the time.

“In hindsight the two-stop was the better strategy,” Wolff continued, “but we didn’t want to lose position against Max because it was not clear whether we would beat Max on track.

“Then I said to him: ‘Why didn’t you pit Max for a second stop, you could have beaten us?’ He said: ‘Well, we weren’t sure whether we would be able to overtake Ricciardo’.