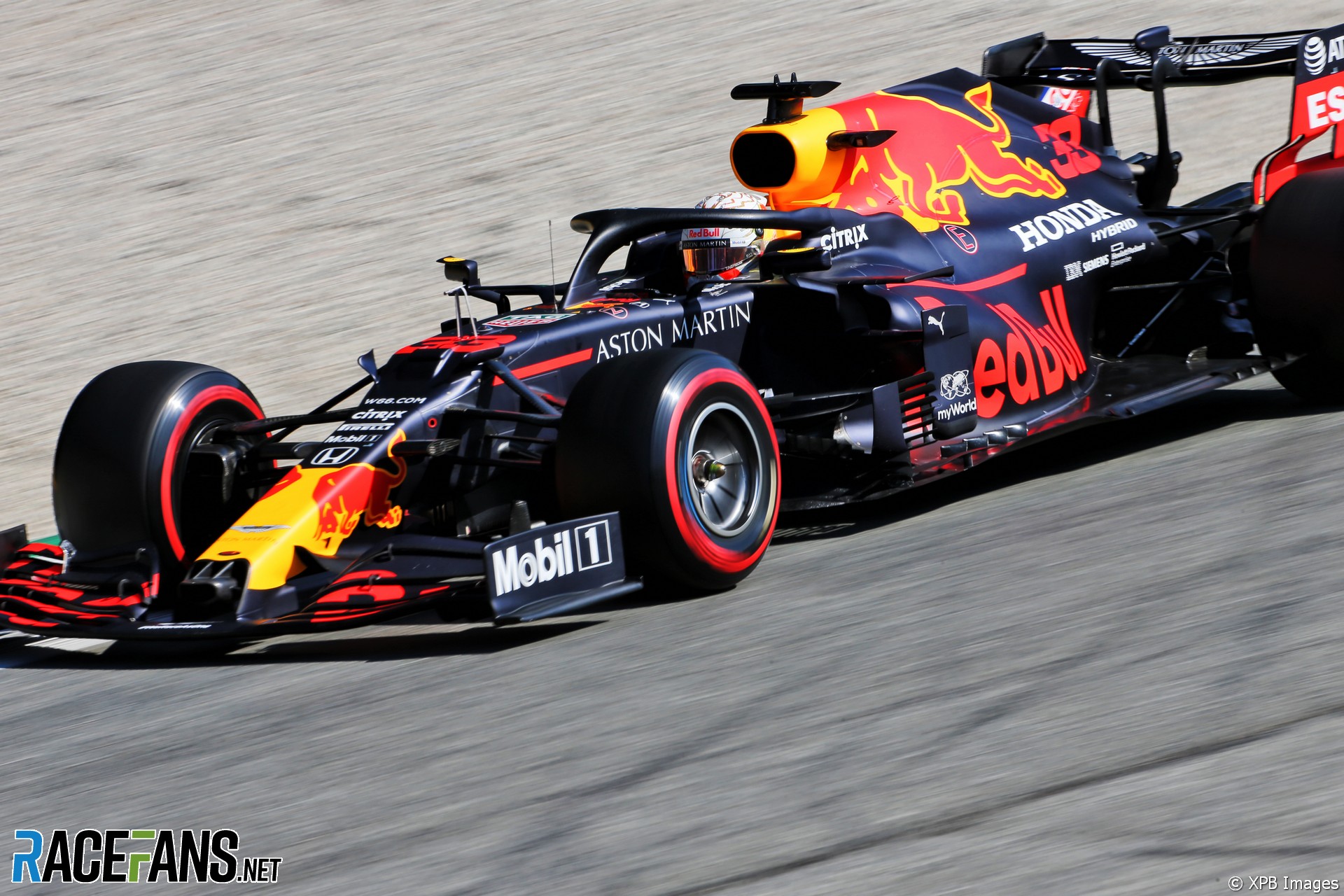 Max Verstappen says it’s too soon to judge what effect the ‘quali mode’ ban has had, but he wasn’t expecting it to make Red Bull much more competitive.

The Red Bull driver will start today’s Italian Grand Prix from fifth on the grid following his second-worst qualifying performance of the year. This was in spite of a new technical directive preventing teams from adjusting their engine power modes between qualifying and the race, which some suspected would slow Red Bull’s rivals Mercedes.

While that doesn’t appear to have happened, Verstappen doubts the ban is the reason why Red Bull had one of their worst qualifying performances this year.

“Honestly I don’t think we went backwards,” he said. “I think this is a bit of a tricky track to really see the full benefit or differences.

“Because at Monza everybody’s in the tow, some have a better tow than others. So I think we have to wait a little bit when we go to a normal track again where nobody wants a tow, that you want to drive in clean air. It’s a bit too early to say anything about that.

“But I never expected it to be very different. Of course some other people were shouting some different words. It’s what it is. As you can see it didn’t really shake up anything but I also didn’t expect that.”

Yesterday Mercedes team principal Toto Wolff said teams which had pushed for the change in rules were among those who did not perform well in qualifying. While Red Bull motorsport consultant Helmut Marko was quoted saying it was going to play into the team’s hands, Verstappen said he made his own mind up about the likely effect of the ban.

“I just follow my own view on that,” said Verstappen. “When I come into a weekend I try to do the best I can. Everybody can of course say what they want but I always learned from a very young age that you have to be realistic.

“Maybe that sometimes sounds a bit depressing, but for me, it works the best way because you will not end up after qualifying being disappointed because you know exactly where you’re going to be.

“For me I expected it to be very difficult. I never, of course, expected to fight Mercedes here and it was very interesting to see how our car was going to go in low downforce. But I think it highlighted our issues already the whole year that it’s just not a very, very fast car.”

8 comments on “Verstappen: “Too early” to judge effect of ‘quali mode’ ban”