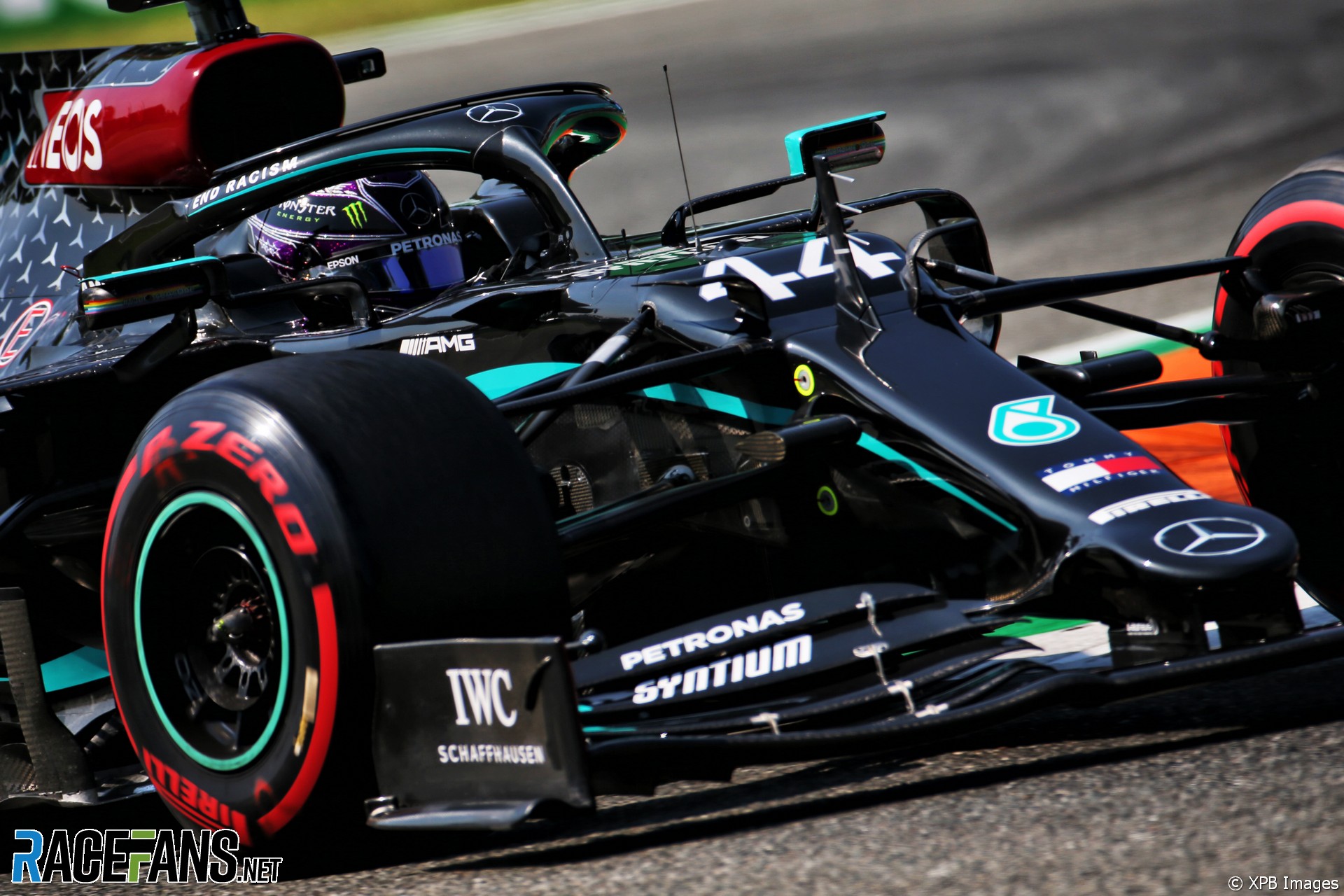 Lewis Hamilton was given a 10-second stop-go penalty in the Italian Grand Prix after the stewards ruled he entered the pit lane illegally.

Alfa Romeo driver Antonio Giovinazzi was given the same penalty for coming into the pits after the Safety Car was deployed. The Safety Car came out because Kevin Magnussen had stopped at the exit of the Parabolica approaching the pit lane entrance.

Race control messages confirmed the pit lane entrance was closed after the Safety Car was deployed. This was signalled to the drivers, but Hamilton was unsure about the signal he was given and discussed the infringement with his team during the subsequent red flag period.

“I’m just trying to understand, there was no light on the entry to the pit lane,” said Hamilton on his radio.”

But his team pointed out the warning had been shown to him on a different display board. “Lewis it’s not the light on the entry to the pit lane,” they advised, “it’s the light on the left-hand side of the normal panels.”

Hamilton remained unsure about the reason for his penalty. “Are you sure I didn’t pass that before?” he asked. “Because I was obviously keeping an eye on what’s on the right-hand side because the incident was on the right.”

The 10-second stop-go penalty is “a mandatory penalty under the sporting regulations”, they added.

Hamilton was also given two penalty points on his licence for the error. He is now on a total of eight. Any driver who reaches 12 is given an automatic one-race ban. Giovinazzi also received the same sanction and is now on three penalty points.