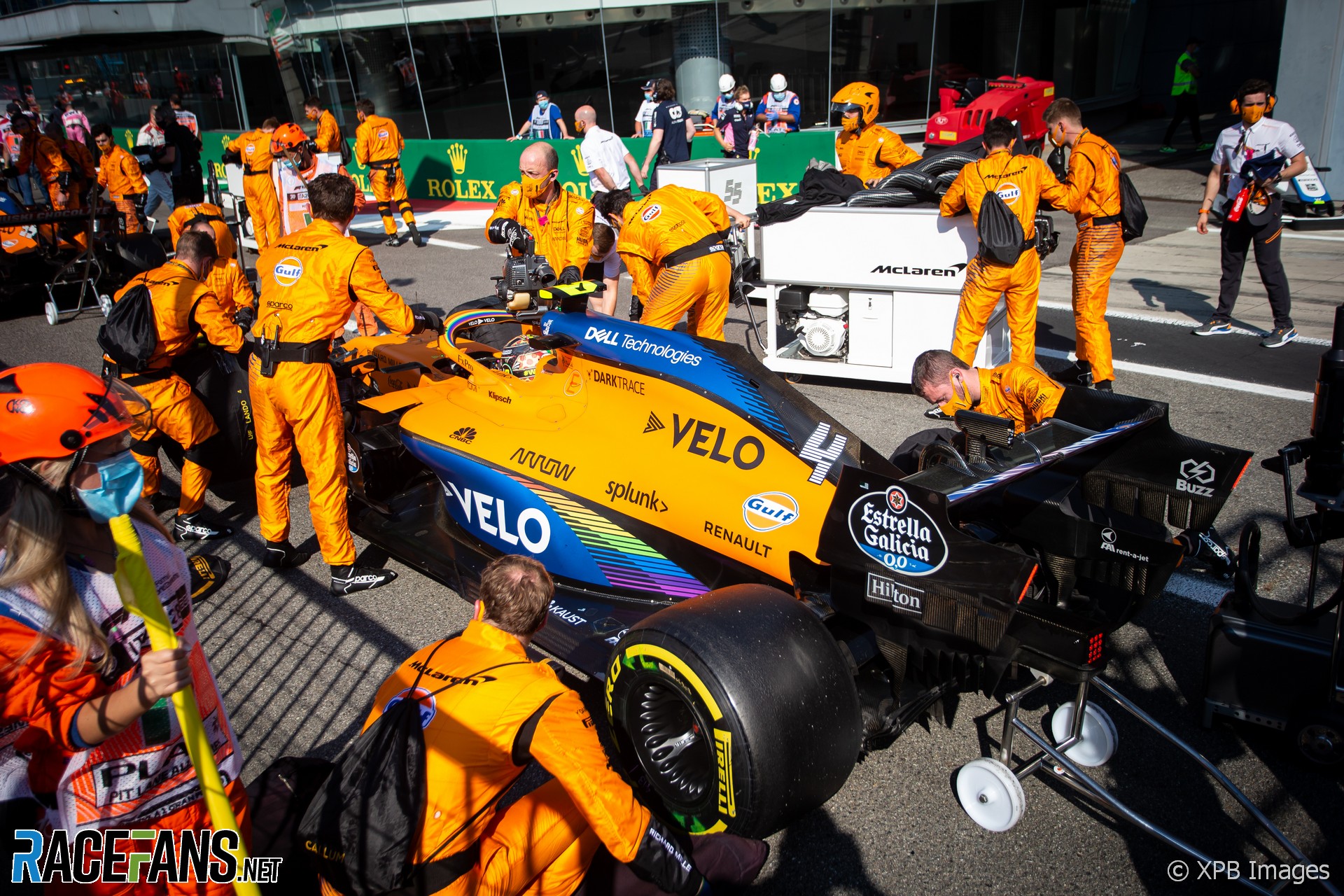 Lando Norris said the rule which permits drivers to make their mandatory pit stop during a red flag period cost him a podium finish during the Italian Grand Prix.

The McLaren driver finished fourth in yesterday’s race behind Lance Stroll. Norris ran ahead of the Racing Point early in the race, but Stroll got ahead because he was able to make his tyre change when the race was red-flagged. Norris and other drivers lost more time than he did because they had to make their tyre changes in the pits.

“The only reason I think I was not on the podium today was because Stroll benefited from a free pit stop,” said Norris. “Which is a bit of a stupid rule because they get it for free, and they don’t deserve it in many ways.”

Article 41.4b of the sporting regulations states that “changing wheels and tyres” is prohibited during a race suspension. “I think it should be taken out,” said Norrris.

“We had the two examples. We’ve got Gasly who boxed before, and he was ahead with the red flag. And he was there, so that was fair, you can’t do anything about that.

“But for someone who just hasn’t boxed, they gained 24 seconds doing nothing. He should still have to pit. It’s his fault they haven’t boxed yet.

“You can get lucky by doing by what Pierre did, but that’s I think just fair play. But the one of not having to box and getting to use that mandatory pit stop, which they didn’t really do, is a thing which I don’t think is right.”

Formula 1 race director Michael Masi said there are no plans to change that rule this year.

“The race suspension regulations have been as such for quite a long time,” he said in response to a question from RaceFans. “Thankfully, it’s not something that occurs all that often.

“If there are elements of the regulations that need to be reviewed, we will review it in a Sporting Working Group with all of the teams’ sporting directors, and if something is necessary, go through the required process to do it.

“Nothing will change for the remainder of 2020. But we’ll have a discussion about what happens in future and learn from it and see if there’s anything that can be improved.”