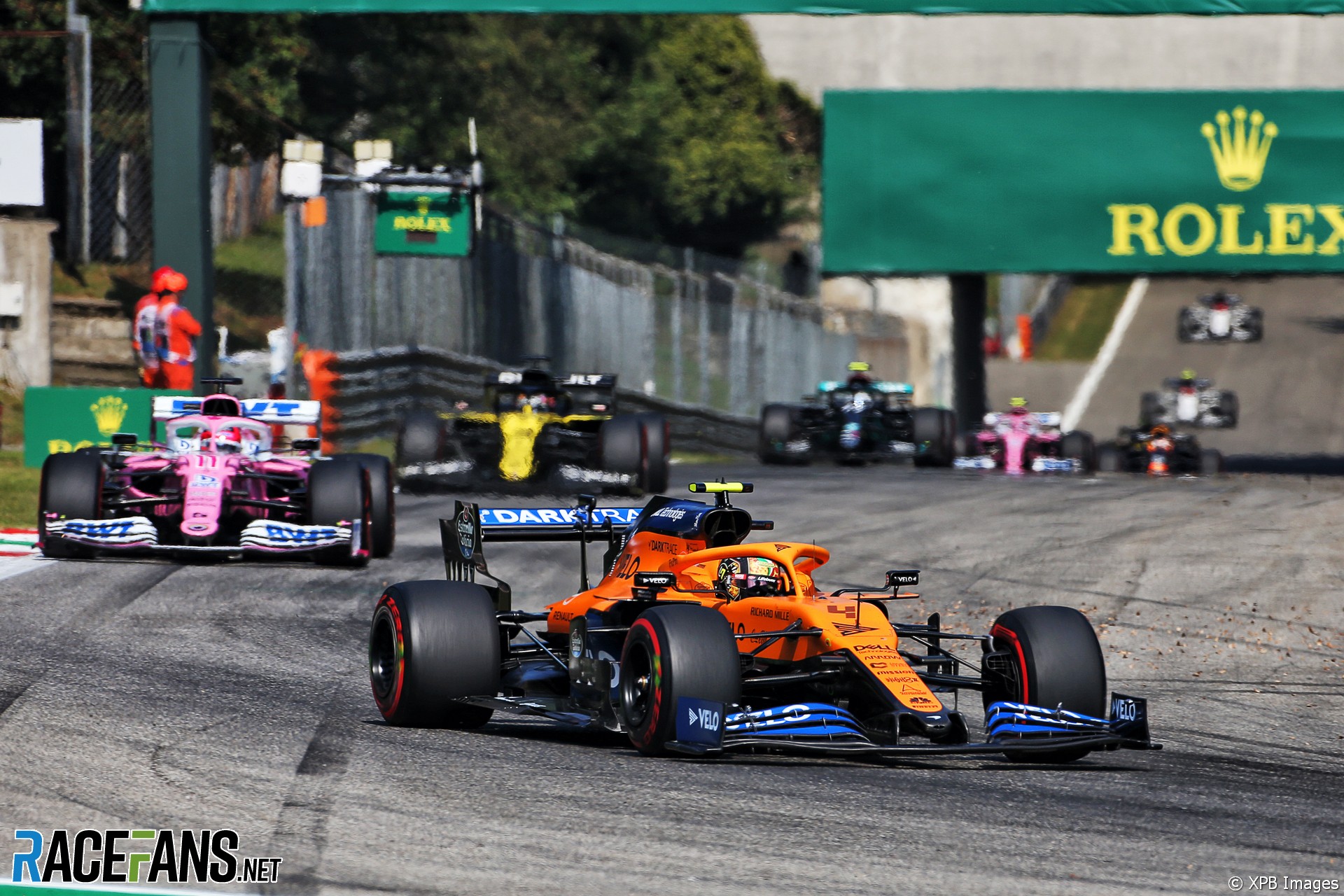 Ricciardo will join the team from Renault at the end of the year. Carlos Sainz Jnr, whose place Ricciardo will take, qualified third and finished within half a second of race winner Pierre Gasly.

“They were looking good,” said Ricciardo. “I believe they were second and third before the stoppage. So maybe they could have even had a better day.

“They had pace all weekend. I knew they’d be competitive here but I didn’t expect the performance they showed not only Sunday, but Saturday. They certainly found a bit here. So it’s obviously encouraging for them, it’s a big result.”

Running behind his future team mate Lando Norris, Ricciardo said the McLaren looked stronger than his Renault in the high-speed corners at Monza.

“I didn’t have Lando directly in front of me, but he was just in front of I think Perez and just in front of Bottas so I could see him a little bit as well. And I’d probably say that in the highest speed corners I feel that either everyone’s a bit stronger or that’s an area where we probably lack a little bit for now. So that that seemed to be a strength of McLaren today.”

Following their competitive showing at Spa a week earlier, Renault were expected to perform well at Monza. “We were still there, but didn’t have that extra bit that we kind of surprised ourselves a bit with last week,” Ricciardo admitted.

“I feel that we were able to make a lower-downforce car work in Spa. We ran less wing than pretty much everyone else, with obviously bigger gains in sector one and three and not a massive loss in sector two.

“Where here everyone runs low downforce so our gain in the straights was significantly smaller and then naturally the cars with more downforce are able to to carry a bit more through the medium and high speed.

“In the race I felt like we were pretty good in the low speed and under braking. So in the turn one chicane and all that I felt I was competitive if I was behind Perez or behind Bottas.

“But I felt where they would stretch away was Ascari and Parabolica. Just those higher speed corners, that’s where I think they had us over today.”