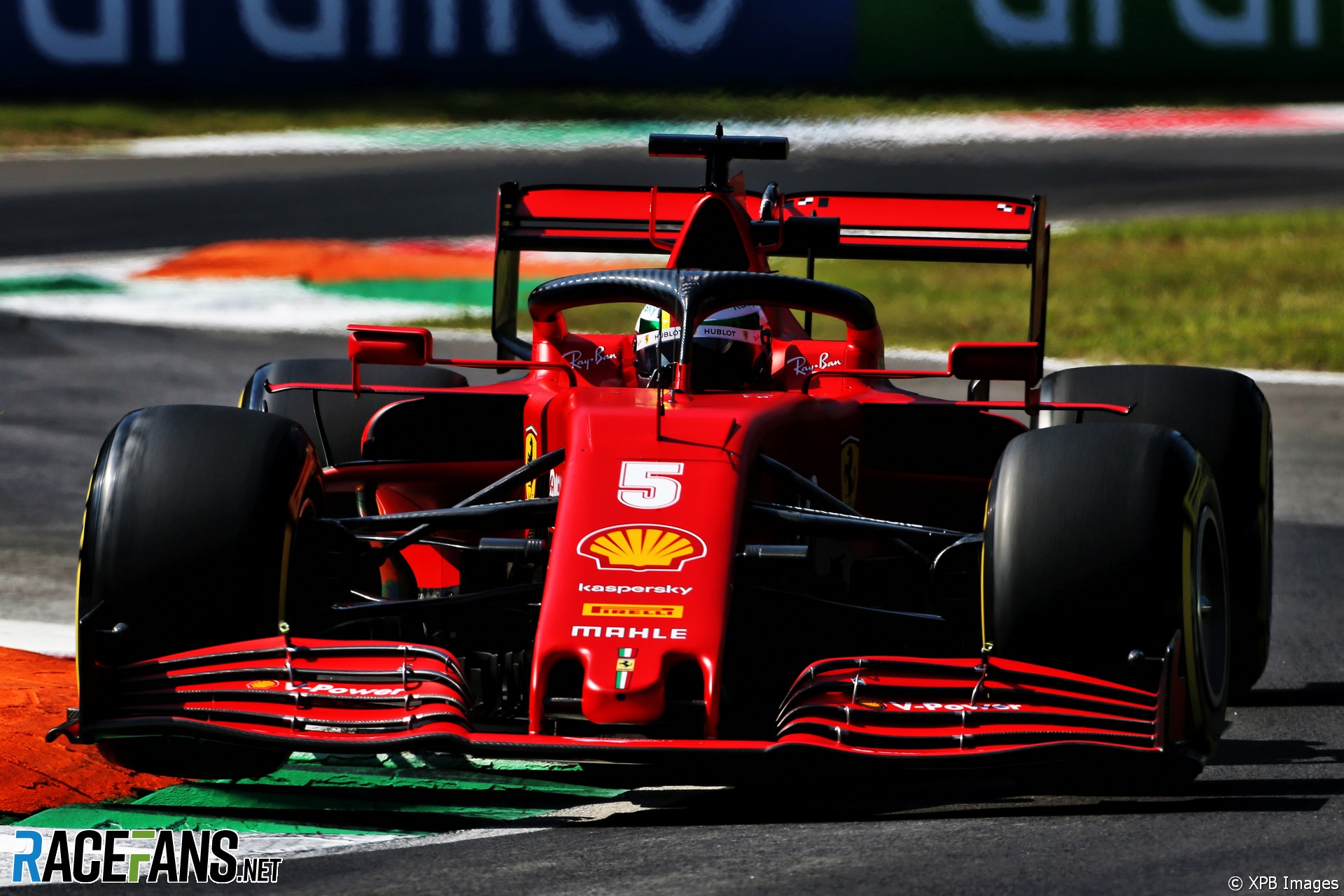 In the round-up: Sebastian Vettel says Ferrari’s 2020 car is an improvement in some respects, despite their poor performance.

Vettel was asked whether the team’s step backward with its power unit has exposed other weaknesses with its car design:

As I said, it is obviously based on last year and it is a step forward from last year. We would all like the step to be bigger. But it is what we were able to do and we’ve obviously got the best of the situation as it is now.

"Plans are in the works to convert Auto Club Speedway, a 2-mile track in the Inland Empire area of Southern California, into a half-mile short track, The Athletic has learned. There are currently only three short tracks on the Cup Series circuit and no big NASCAR oval has ever been converted into a smaller layout."

Guenther Steiner: "Going forward this is not sustainable in my opinion. We can do it this year as we have the energy harvested from having the three months off, or at least not doing a lot, because we were under the FIA shutdown. On a normal calendar you couldn’t do this, it would just wear people out."

"I think I am in a very tough position. I was talking to some people and I don’t think anyone arrived to F2 like I did. I came from Euroformula, but had spent more than a year away from full time racing on the track. Learning a new car, new tyres, and new tracks, has not been ideal."

Lewis on Leaving a Legacy, Mental Health and More with the Renaissance Foundation (Mercedes via YouTube)

"It can take me months to write a song."

I wonder how many fans will walk away if they do this. Paying fans forking out lots of money for sports channels to watch F1 while they try to bring in folk who are uninterested and probably wont bother paying to watch.

I didn’t like the CFD and wind tunnel time penalty rules as it penalises success but I could live with that. Reverse grid qualifying sprint races is a step too far and step towards becoming the BTCC.

I think for the integrity of the sport I have to personally take a stand and if this makes it into the rules I’ll be on the phone to Sky buying out my contract and telling them why.
Jonathan